The winning entry to this year’s manufacturing category represents a pioneering advance in the way the world’s most critical food crop is processed. Jon Excell reports.

Feeding 3.6 billion people every day and generating around $550bn per year, rice is the world’s largest food crop. Indeed, by 2050 demand for this ubiquitous staple food is expected to rise by 70 per cent. But whilst the rice industry may appear to be adept at catering for such mind-bogglingly huge markets, its success comes at a cost.

Not only is the industry the single largest agricultural polluter but existing rice milling processes - used to remove the outer husk and bran layers to turn paddy rice into brown and white rice – are antiquated and inefficient, leading to the loss of an estimated 60 million tonnes of rice each year.

The Next-Gen Rice milling project – led by Solihull based cereal milling specialist Koolmill Systems and The National Centre for Excellence in Food Engineering (NCEFE) at Sheffield Hallam University - set out to address this inefficiency through the development a new rice milling technology underpinned by modern manufacturing know-how and engineering expertise.

According to Koolmill Managing Director, Alec Anderson, the basic principle behind rice milling has changed very little since the introduction of the steam powered mechanised rice mill by Scottish engineering firm Douglas & Grant 160 years ago. Indeed, some of these early machines are still in operation today, he said.

Commenting on this incumbent approach Anderson said: “All current machinery is attritional, generating milling pressure mechanically, which in turn generates wasted heat and damages the individual rice grains. It is commonplace for up to 50 per cent of all raw paddy harvested to be damaged by conventional processing technologies. Fundamentally, they’re very brutal machines.”

Koolmill’s technology, he explained, is inherently different. “We treat the rice as a fluid, working gently with it to dynamically generate milling pressure. The action of the coated abrasive belt and patented milling chambers causes the rice to circulate progressively and gently through the chamber - removing the outer husk and bran layers gradually. As little as two per cent of grain are damaged all while observing power savings of 90 per cent.” 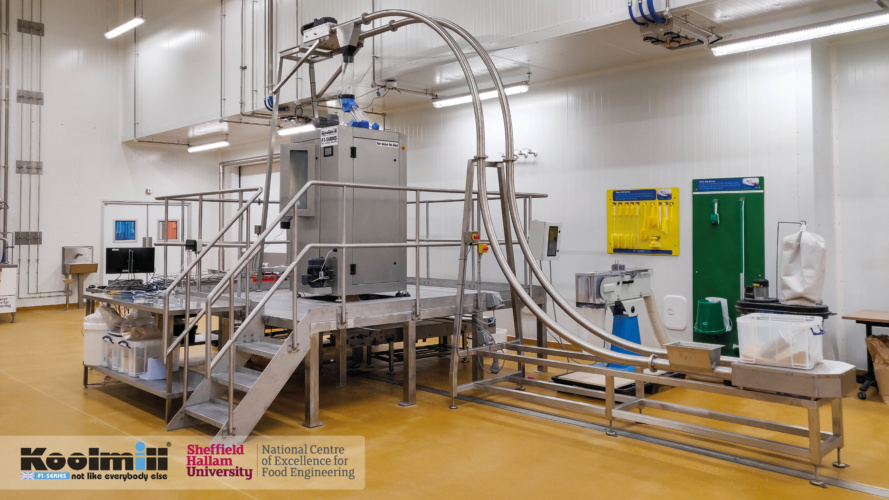 Whilst a modern mill typically requires 10 tonnes of paddy to produce five tonnes of finished product Koolmill, he said, can deliver the same output with 8 tonnes of paddy while using 90 per cent less power.

Another key factor that Anderson says sets Koolmill’s technology apart is the use of data and Industry 4.0 technologies to optimise and automate the performance of the system, allowing it to be run, monitored, and controlled remotely.  “We pioneered the introduction of inverters into rice milling and with the inverter comes a lot of data,” explained Anderson.  “We started to capture that data and we started to notice that when things were going wrong on the machine you could detect this in the data way before you could detect it as a human being.”

We’re selling the outcome , not the machinery, and one of the keys to that is the digitalisation

The team is now looking at taking digitalisation a step further through the development and application of AI and Machine learning technologies that will monitor the rice and other variables and adjust the milling speed accordingly to minimise broken grains. “There’s an ever-moving sweet spot at which you’ll get maximum capacity and minimum broken rice. For a human to try and monitor that is impossible but the technology is ideally suited to it. We are the only technology in the world that has capability to complete the loop and have a machine automatically track this sweet spot. In rice milling terms that’s worth millions of dollars.”

An advanced approach to data and simulation was also key during the development and optimisation of the system. For instance, the team worked closely with engineers from Siemens and SHU on the deployment Computational Fluid Dynamics (CFD) software to accurately model the flow of the rice within the chambers. The group also used digital technology to keep the collaboration on track throughout the pandemic, developing an augmented reality system based on the Microsoft HoloLens to support its onsite engineer at a pilot mill in Samana, India.

According to Anderson this overarching ability to acquire and act on data is critical to Koolmill’s “pay as you mill” business model, developed in partnership with Aston Business School.  “We’re selling the outcome , not the machinery, and one of the keys to that is the digitalisation,” he said,  “you have to be able to monitor the machines remotely.” 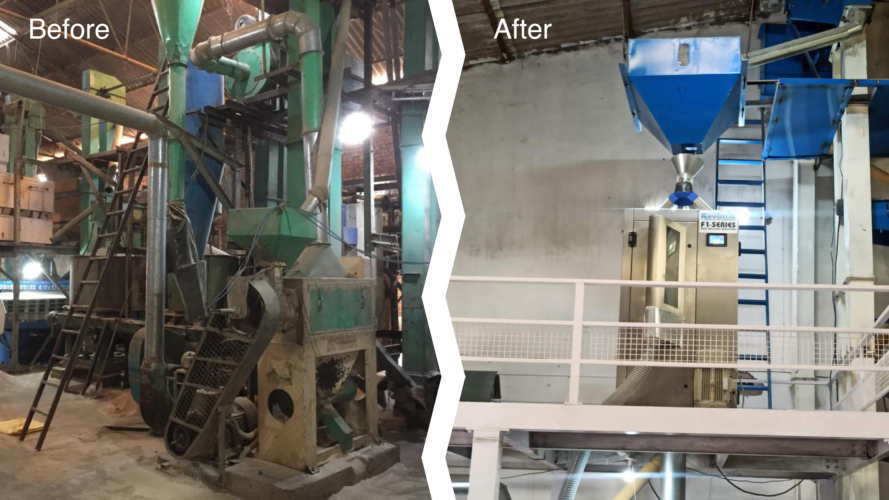 Likened by Anderson to Rolls Royce’s celebrated power by the hour concept, this financial model will be key, he said, to addressing Koolmill’s key target market of the 1.5 million SME millers and 200 million smallholders who are currently excluded from accessing modern machinery by cost, complexity, infrastructure, and production capacity.

Adopting Koolmill will, he said, enable these SME millers to operate modern, high performance facilities which will provide quantitative and qualitive improvements.

The impact that transitioning to the technology could have on end users is highlighted through the project’s pilot mill in India, where switching to Koolmill allowed 52 per cent more rice to be produced, from the same paddy input, using machinery which saw an 83 per cent decrease in the factory footprint and used 90 per cent less power. This allowed the mill to transition from selling low value rice (£1/tonne) to premium, sustainably packaged basmati rice (£40/tonne) seeing revenues increase by 3,900 per cent.

In a huge industry dominated by a small handful of multinationals, Koolmill is very much the new kid on the block, despite having had a presence in India and China for five and ten years respectively. And introducing a fundamentally new technology and business model, and overcoming the natural conservatism of such a long established sector is, admits Anderson, a major challenge.

He compares the company’s position to that faced by Dyson when it first took on the might of Electrolux and Hoover with a new take on an established technology. “We’re a very disruptive technology. But like Dyson eventually we will hit that tipping point and it will take off massively.”

And with growing interest from the broader industry; glowing endorsements from a number of key players; and compelling data from existing pilot plants it’s hard to argue with Anderson’s assertion that this  innovative UK SME could soon be well on the way to transforming one of our planet’s largest sectors.

Collaboration is the vital ingredient at the heart of the High Value Manufacturing Catapult, it is in our DNA. Day in day out, we bring together innovation hungry businesses with world leading technical experts to help boost company competitiveness and develop the products and processes that capture and secure market share.  We understand that when people collaborate the most intractable problems can be solved and great results emerge. This year’s entrants to the Collaborate to Innovate Awards show the value of collaboration very clearly.  We are proud to support the competition and celebrate every one of them.