The climate in the global oil sector is decidedly unsettled; warnings of profit-lows are blowing in, there is high pressure in the share market, and the spectre of prices going down a polar vortex looms larger every day.

But, on the other hand, this could be just a case of heavy weather, severe man-flu in what is after all a multi-billion dollar industry, with plenty of cash to spare. Indeed, one of the key reasons for the profit warnings has been the high rate of investment in new infrastructure and technology last year, aimed of course at the longer term.

In the North Sea, as The Engineer detailed (November 2013), interest is booming. This was unsurprising, said Michael Fallon, the energy minister, in January when the government announced a new set of exploration licences, “as there could be as many as 20 billion barrels of oil still buried deep within the seabed”.

All of which is good news for engineers, according to Morven Spalding, skills development director of OPITO, the skills organisation for the UK oil and  gas industry. But at the same time is a huge challenge for employers who will be competing for their expertise. 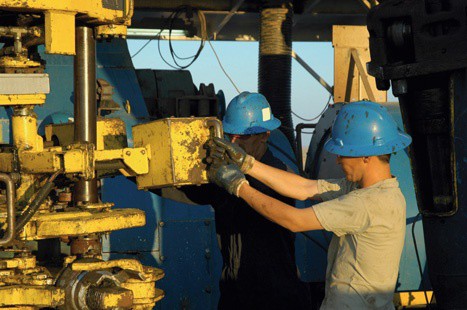 ‘With increased investment in the UK North Sea, the demand for skilled workers is set to reach an all-time high in the years ahead. That, combined with many workers in the sector being expected to retire in the next 10–15
years and the attraction of competing industries such as renewable energy, the industry will encounter a significant loss of experience and expertise that is not easily passed on,’ says Spalding.

‘The oil and gas industry is well aware that to meet future skills needs it must broaden its appeal beyond the traditional recruitment routes as a means of increasing the pool of skilled workers currently available and the pipeline of future talent coming to the sector.’

According to government figures, the oil and gas sector in the UK attracted a record £14bn of capital investment last year. Among the projects in the North Sea in development is BP’s Clair Ridge project, a £4.5bn investment in the second phase of the Clair field, which lies to the west of the Shetland Islands, over an area of 220km2. The project will comprise two new bridge-linked platforms housing production, accommodation and drilling facilities, as well as a new pipeline to connect to processing facilities on Shetland.

The Clair Ridge development will apply some of the latest technologies to reduce environmental impact and improve its efficiency.

The platforms will be powered using dual-fuel power generators, incorporating waste-heat recovery technology; vapour recovery will also be used to recycle low-pressure gas for use as fuel or for exporting to shore. The project will also include the world’s first offshore full-field deployment of ‘LoSal’, an enhanced oil-recovery technology that modifies the salinity of water injected into the reservoir to increase the recovery of oil.

In addition, BP is developing the Kinnoull reservoir, 28km northeast of its existing Andrew platform. Three subsea wells will be tied back to the platform via 28km of pipeline; meanwhile the Quad 204 project is a £3bn development of the greater Schiehallion field area, comprising a new floating production, storage and offloading vessel, new seabed infrastructure and the application of enhanced oil-recovery technology. The project is designed to produce 130 million barrels per day of oil.

‘The introduction of innovative technologies, such as new downhole production techniques for wells and subsea tie-ins to existing platforms, means that oil and gas fields formerly perceived to be economically unviable are now being developed, so more projects are taking place,’ says Alix Thom employment and skills issues manager for the trade body Oil and Gas UK. ‘The existing infrastructure, most of which is mature, requires modifications to ensure that the structural integrity of the facility is maintained — and engineers are also  in demand to carry out this work.’

It is acknowledged that one of the greatest challenges facing the industry is the skills shortage and with the increasing level of activity around the world, Thom says its impact could become critical for some players.

‘If companies are unable to source sufficient engineers for their projects, their plans for developments may be delayed. In some cases, the shortage would prevent some companies from being able to bid for work projects,’ he says.

The industry is now making a concerted effort to address the situation in the UK, says Spalding of OPITO, which is leading a joint study into the extent of the skills need. ‘While we have seen a number of reports authored over the last two or three years, variations in the findings in this field have caused confusion for industry and training providers over the true scale of the skills need.’ 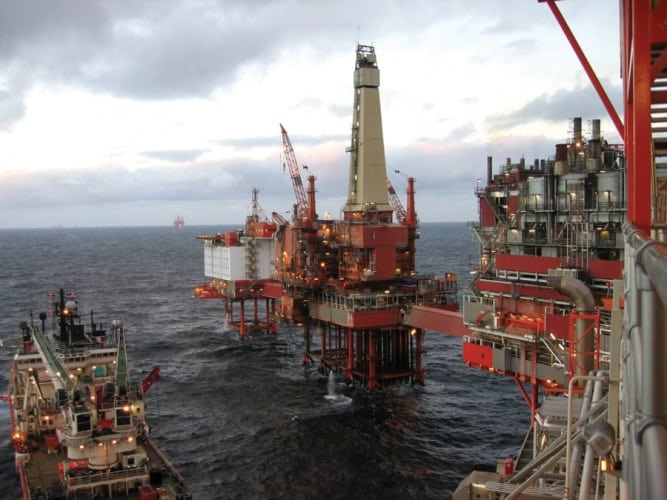 The Labour Market Intelligence study is being carried out in partnership with a range of key bodies, including the Engineering Construction Industry Training Board, the International Association of Drilling Contractors — North Sea Chapter, the Offshore Contractors Association, Oil & Gas UK and Subsea UK. It is due to be published in March and is intended to provide a foundation for the first-ever national skills strategy for the sector.

But what engineering skills are particularly in demand today? Sue Adlam-Hill, BP’s human resources vice-president, North Sea and eastern hemisphere regions, says the long-term investment in the North Sea will help to extend oil and gas production beyond 2040. While this will create decades of future employment in the region, she adds that BP was currently seeing demand for a number of engineering disciplines, including electrical engineers, process engineers, rotating equipment engineers and discipline mechanical engineers. While BP continues to successfully recruit the talent it needs, Adlam-Hill says the demand was significant.

‘With skilled engineers becoming increasingly more willing to relocate to progress their career, finding the best engineering talent is an industry challenge. This is impacting the UK market, but at BP we are continuing to find the skilled engineers that we require.’
She adds it was imperative that employers such as BP provided the North Sea workforce with compelling career learning and development opportunities.

‘Access to the latest training and cutting-edge technology ensures that BP will continue to attract and retain the best talent into the region. Each year, BP invests around $500m globally in learning and development training as we continue to build and develop the skills of our employee base both in the region and around the world.’

Career platform - opportunities in the UK oil and gas sector

Field of dreams: opportunities in the oil and gas sector

Playing the field: opportunities in the oil and gas industry