Castings are a bit of a Cinderella in many parts of the engineering industry, with automotive no exception. While undoubtedly important, engine blocks, cylinder heads and gearbox housings are not particularly glamorous; engineers generally prefer to talk about the clever moving parts inside them. Frequently, suppliers are not based in the UK.

“People tend to think that castings are just a matter of some metal powder and a bucket of sand, but it’s much more complicated than that,” Keith Denholm, head of engineering at Grainger & Worrall (G&W), told The Engineer on a recent visit. “Of course, we do use those things, but many of the techniques we use to design castings, make moulds and verify quality are as high-tech as anything you’ll see anywhere in manufacturing.” 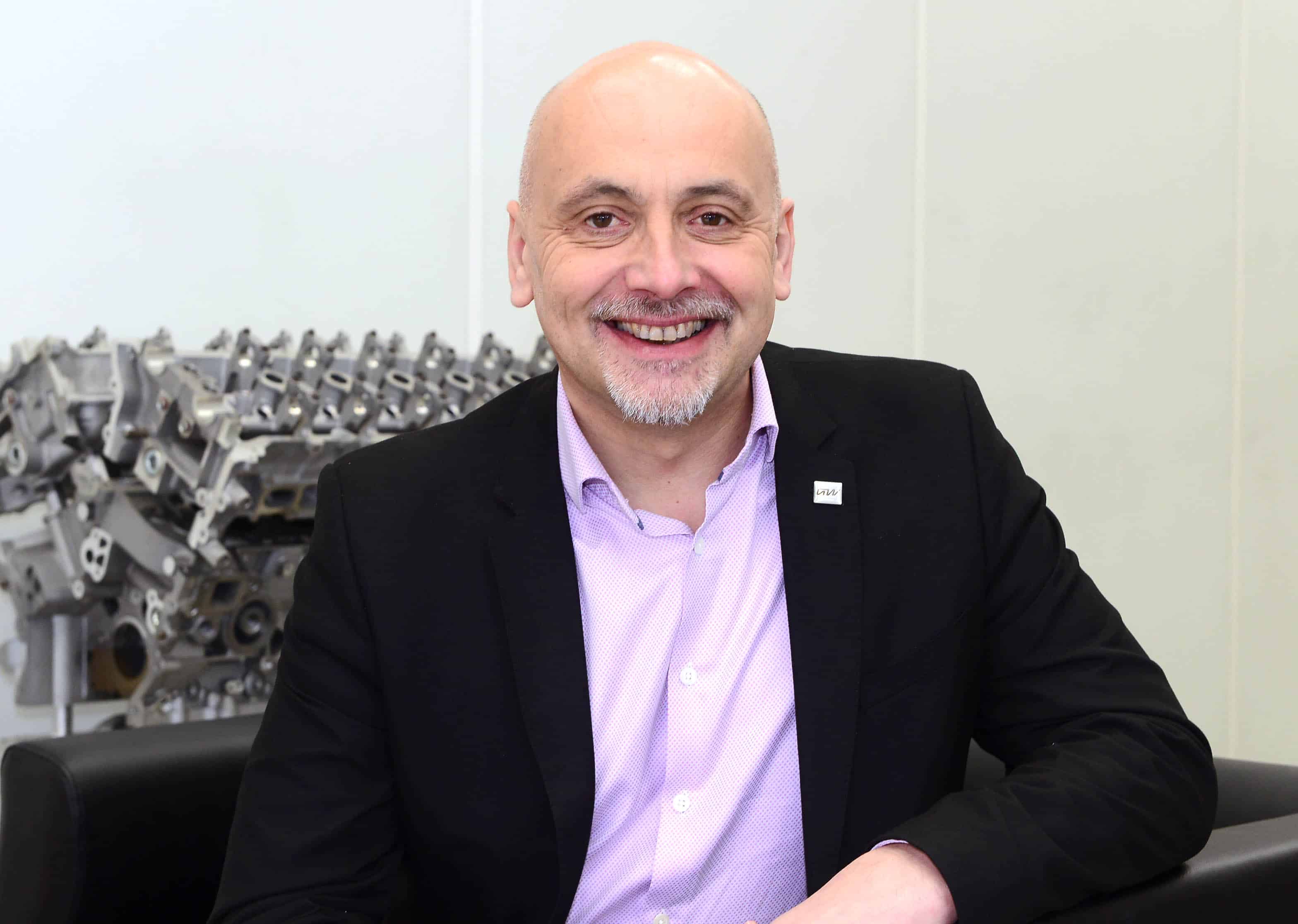 "Many of our techniques are as high-tech as anything you’ll see anywhere in manufacturing" Keith Denholm, head of engineering

G&W operates a foundry in Bridgnorth, near Wolverhampton. A family business now owned and run by the third generation of Graingers (the Worralls were an early part of the foundry’s history and remain only in the company name), it specialises in producing engine castings for the high end of the automotive industry, with customers including McLaren (for which it makes the castings for all of its V8 road car engines), Aston Martin, Audi, Bugatti and Porsche. It also has a specialist division that serves the motorsport sector, where various complex alloys are sometimes used – and developed in-house – rather than the aluminium and iron that are the most common materials it uses. Its customers in this field include Formula One and Nascar teams.

In some cases, G&W supplies components ready to go straight into the production process, performing the necessary post-casting machining at another site in Telford. Some clients prefer to do this themselves and buy in the raw casting, said Denholm.

One of the most intriguing parts of G&W’s production operation is CT scanning, which it began using for motorsport clients and now employs for quality assurance processes. Denholm said the company was the first foundry in the country to use CT routinely, and it has become an integral part of the process, significantly speeding up the mid- and post-production inspection procedures that are a crucial part of high-value automotive manufacturing.

“The traditional way of verifying castings would be to take them out and put them on a table, with the original design drawings up on the wall, then a measurement specialist would literally redraw all the details on the component to check that the specified dimensions were all accurate,” Denholm said. “That required a lot of training and really good eyesight, and it gave great results, but a single component could take up to two weeks to measure thoroughly. Of course, there was no way that every part in a production

run could be measured, so you’d take a sample.”

The company retains the equipment to perform the traditional surface inspection, along with modern co-ordinate measurement machines. But these can provide no details of what may be going on inside the casting, said Denholm.

Instead, parts are now placed into a large x-ray machine, which first performs a quick scan and rapidly identifies those with casting errors, such as large voids inside.

“Without x-rays, the only way you’d be able to find that would be to literally hit the item with a stick and listen for a hollow noise. That is a skill that some people have but it’s not 100 per cent reliable,” Denholm said.

The initial scan takes minutes to perform but cannot provide fine detail, such as the precise location of a defect. The entire item is scanned in one go and the resulting image is a two-dimensional shadow.

Next, G&W turns to two identical industrial CT machines, supplied by Yxlon. With the item mounted on a rotating turntable that moves past a fixed linear x-ray source, the machines scan the object in a series of slices, generally 1mm thick although a range of thicknesses is possible, from 0.75mm to 2mm. Each slice takes about one minute to scan.

The raw data from the scan of the entire piece resembles, as Denholm put it, “a spirally mess”. However, computer analysis of the signal resolves it into a 3D image that can be enlarged and examined systematically by trained operators. Porosities as small as 0.2mm can be located and identified, or foreign objects such as grains of sand from the casting mould.

To assist with these inspections, G&W employs a false-colour system that checks the scan against a 3D image provided by the client, usually taken from CAD files. Areas with more material than specified by the design show up on the scan in magenta; green indicates sections where the measurement is spot on; and areas with less material than specified are coloured blue.

“We want a maximum of magenta and ideally no blue at all,” said Denholm. “When you cast, you always allow for shrinkage as the molten metal solidifies in the mould, so for margin of error you would typically cast slightly bigger than you want. Moreover, we frequently have to include extra features that are there to help the molten metal penetrate the mould or flow around all its intricacies, and they’re not part of the final component.

“The idea is that you machine away any extra material or features to get down to the exact dimensions and surface quality that the client needs for its application.”

The results of this scan not only give assurance of the quality of a component but remove the need for destructive testing, which wastes material.

They can also guide the subsequent processing of the object. If an area is identified where the material’s strength seems less than specified, the location of holes to be drilled in that area can be changed to remain within the tolerances of the assembly, but without weakening the item or causing it to crack when drilled.

Moreover, Denholm added, all the scans are kept on file for the customer so that, “if an item does crack during processing or even in subsequent operation, we can look at the broken part, compare it with the scan and see what the features were in the region of the break that could identify how the crack started or propagated through the material, and make adjustments for future castings”. The scans can also be used to reverse-engineer tooling for older parts that are no longer manufactured.

New production technologies also feature at G&W and Denholm was keen to point out the difference between casting and 3D printing, with some suggesting the latter may begin to challenge the industry, especially for smaller items.

“Parts made by additive manufacturing have residual stresses within them because of the way they’re made, and those stresses have to be relieved by heat treatment or the parts can distort and break in use,” he said.

G&W uses a form of 3D printing but, rather than for parts, it employs it to make the 3D sand cores – effectively full-size models of the parts it casts, around which moulds are made.

Several types of sand are used, with varying grain sizes – smaller ones for items that require finer detail – and heat tolerances depending on the melting point of the metal or alloy to be cast. These sands are mixed with a polymer resin that coats each grain and sticks them all together when heated. The company has two sand printers of different sizes: the smaller one uses heat to cure the resin; the larger one, added this year, has a cold-cure system and is used to manufacture the large components required for commercial vehicle powertrains and big structural parts. Other new capabilities include metallurgy to develop

Denholm anticipates more investment in CT to improve throughput. He said: “We’re looking at systems that will be able to scan parts in minutes rather than hours; that’ll be as big a development as moving from manual surface measurement to CT in the first place.”