RML is known for its cutting-edge motorsport projects, including the first car to run an all-electric lap of Le Mans, but its latest creation combines modern engineering with classic design. Chris Pickering reports.

There can be little argument that modern cars are vastly better than their predecessors. Whether it’s a question of performance, fuel economy, crash protection or any other metric you care to pick, the march of progress over the last 130 years or so has been relentless.

But when it comes to intangible qualities such as style, craftmanship and driver involvement, a lot of enthusiasts – perhaps even the majority – would argue that industry has taken a step backwards at some point. Ever-tightening regulations for noise, emissions and safety have dramatically impacted the way that modern cars look and sound, while hundreds of kilos of onboard technology have set up a destructive cycle of bigger and heavier mechanical components.

It’s no surprise, then, that a small army of specialist manufacturers have sprung up offering various modern takes on the traditional hand-built sports car. Some take a period classic and add selected modern refinements, some ‘backdate’ more recent cars to give them the look and feel of older models, and some build entirely new cars to a traditional template.

Ray Mallock Limited (RML) does a bit of all three with the Short Wheelbase. Ferrari fans will recognise its silhouette as an homage to the Ferrari 250 GT SWB of the late 1950s, but underneath sits a heavily-adapted platform based on the Ferrari 550 Maranello from the mid-nineties, including its magnificent 5.5-litre naturally aspirated V12.

The idea was to combine the best bits of classic and modern technology, as the project’s lead engineer Nic Rutherford explains: “We wanted to evoke that style of the 1950s and 1960s and capture the driver engagement that you get with an older car, but we also wanted it to be more usable in the modern world and less fatiguing to drive long distances.” 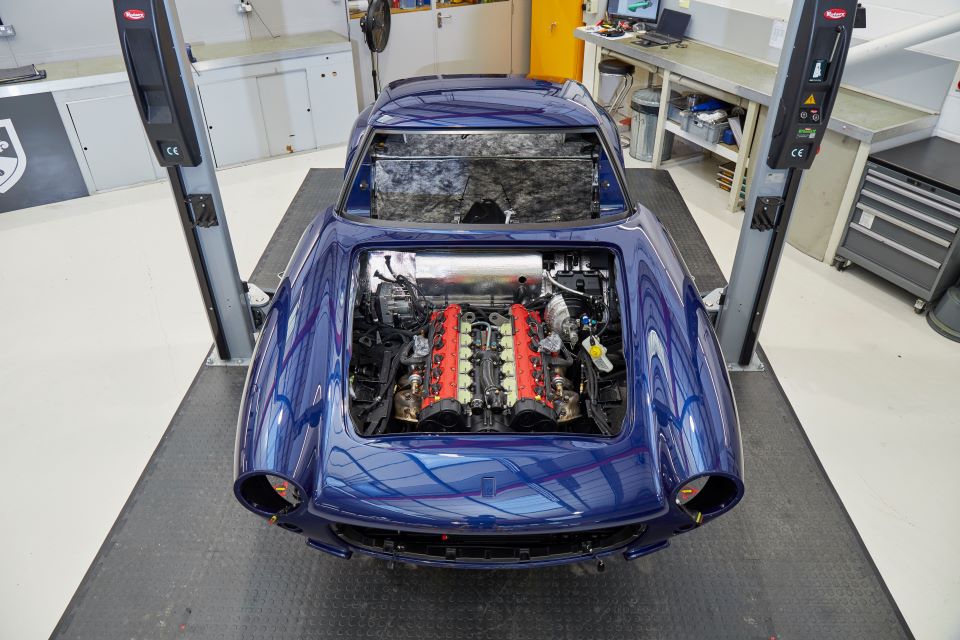 A range of front-engined V12 Ferraris were considered as the starting point. The 550 was chosen because it was felt to occupy a sweet spot, combing a relative modern platform with the more analogue feeling of the older cars. Notably, it has a traditional manual gearbox, hydraulic power steering and a torquey engine that offers a more relaxed driving experience than the somewhat frenetic powerplants in the 599 and F12 that followed.

There’s far more to the Short Wheelbase than a simple coachbuilding exercise, however. The 550’s steel backbone chassis is retained, but a single-piece carbon fibre cabin section has been bonded on to create an immensely stiff semi-monocoque structure. This was developed in FEA as a whole-car system and subject to roof crush analysis using LS-DYNA.

“The IVA [Individual Vehicle Approval] regulations that we’re using for these cars doesn’t actually call for any kind of structural testing. But it’s important for us to know that we know we’re putting out a product that’s safe,” notes Rutherford. “With 23.9kN applied to the roof, it was well within industry deflection limits and a lot safer than a car from the 1960s.”

In order to ensure perfect alignment, the central chassis section from the 550 is lined up with the suspension mounts on a jig. The newly formed sections are then added, along with the body mounts, before everything is finally welded and sent to be e-coated (an electrophoretic application) and powder-coated. These new panels are laser cut and scanned to minimise any deviation from the CAD model, while the jig allows for a maximum tolerance of 0.25mm – comparable to that on a mainstream luxury car.

One of the trickiest parts of the design was the cooling package, Rutherford explains: “It’s one of the most challenging packaging volumes I’ve ever seen. We cut away the 550 structure just forward of the front suspension and replace it with a very short overhang by modern standards. That gives us very little space for a big 12-cylinder engine that requires quite a lot of cooling.”

CFD studies were used to optimise the design of the cooling system, which contains no less than five separate heat exchangers (for engine oil and water, gearbox oil, PAS fluid and the HVAC system respectively). This process began with a donor engine running on the dyno to reverse engineer its thermal characteristics, which were then fed into a simulation to predict the heat rejection figures for a range of different drive cycles and ambient temperatures.

Armed with this information, the cooling pack went through several design iterations in CFD, before prototype parts were tested in a radiator wind tunnel. Once this had been used to validate the CFD results, a complete prototype vehicle was sent to MIRA’s climatic wind tunnel, where it was subjected to simulations of running in stop-start traffic at an ambient temperature of 50 deg C. CFD simulation was also used to evaluate the car’s lift characteristics and high-speed stability.

The Short Wheelbase has been subjected to a rigorous physical test programme. Aside from the cooling work, there has been more than 2,000km of running on the high-speed bowl at Millbrook Proving Ground, body-torsion-twist tests, pothole tests and hundreds of kilometres of durability testing on rough Belgian pavé.

“We were adamant that we didn’t want the customers to be the ones testing this car, so it had to be put through an industry-standard durability programme,” comments Rutherford. “We spoke to Millbrook in the early stages of the project and they designed a test programme that’s based on those used by the top OEMs.

“We worked on the assumption that five years’ usage for a car like this would be equivalent to three years’ running on an everyday passenger car, so that was the basis of the test programme. The only thing we really removed from Millbrook’s typical OEM test programme was the gravel road running, which didn’t really reflect the usage of the car.” 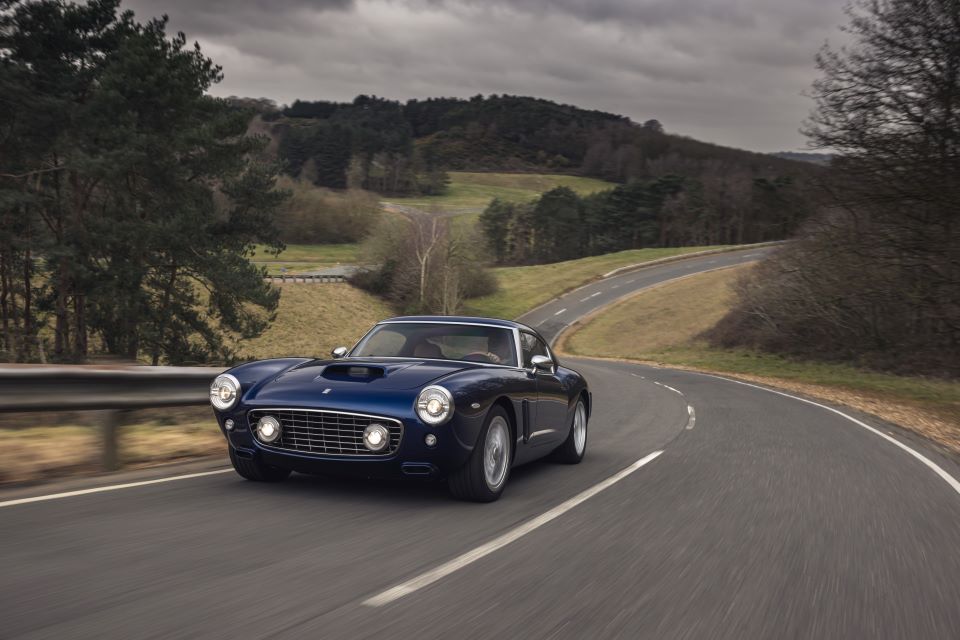 A lot of work has also gone into engineering the ride and handling. RML is no stranger to clean-sheet builds, but in this instance the use of a tried and tested donor platform allowed the engineers to skip the initial vehicle dynamics simulation and go straight to real-world testing.

The 550’s magnetorheological dampers have been replaced with fixed-rate items from Öhlins and revised springs, but the basic suspension layout is unchanged. As part of the benchmarking process at the beginning of the project, the RML engineers evaluated a range of front-engined V12 Ferraris in order to set targets for the new car.

The result promises to be really quite special. Only 30 examples will be made, each finished to its owner’s specific requirements for a cool £1.6m. For comparison, an original 250 GT SWB would set you back around £6m, but at this end of the market it’s unlikely to be an either/or decision. Instead, the Short Wheelbase is about combining the best bits of old and new to create something that’s distinct from either of them.

A vote for engineering