Ensuring that the products coming off an assembly line precisely match their design brief can save companies thousands of pounds in waste every year.

But this verification process can itself account for up to 20 per cent of a product’s overall cost, so streamlining procedures to ensure problems are spotted as early  as possible can have a significant impact on a company’s bottom line, as well as the  quality of its finished products.

To this end, the National Physical Laboratory (NPL), based in Teddington, has created the Product Verification Programme, which is intended to help manufacturing companies to improve their productivity and reduce waste through better measurement technologies and processes.

’An aircraft engine manufacturer, for example, may potentially have thousands of components supplied to them from all over the world, which all need to be brought together to be assembled into  a single product. So whether the parts are manufactured to the specified dimensions is absolutely critical, and we are talking about tolerances right down  to a few microns

This is becoming increasingly important as customers expect components to conform to ever more stringent specifications, said Philip Cooper, leader of the Product Verification Programme at NPL. “An aircraft engine manufacturer, for example, may potentially have thousands of components supplied to them from all over the world, which all need to be brought together to be assembled into  a single product,” he explained. “So whether the parts are manufactured to the specified dimensions is absolutely critical, and we are talking about tolerances right down  to a few microns.”

By verifying that parts conform to their original design dimensions, metrology can improve the entire manufacturing chain, increasing productivity, research and development efficiency and lowering costs, Cooper added. Indeed, research carried out  for the European Commission suggests that  an investment of €1 (73p) in metrology results in an increase of €3 in the EU’s gross domestic product (GDP).

In the UK alone, around £342bn worth of products are sold each year on the basis  of a measurement of their performance, while goods worth a further £280bn are weighed or measured at the business-to-business level. “For many products, it is not actually possible to sell them if the designer and manufacturer cannot quantify their performance, and in  order to do that they have to be measured,” said Cooper. “So for example, at NPL we have worked with a thermometer manufacturer that wanted to develop a new way of measuring temperature, and they had to be confident  that the measurement they were claiming was accurate; it had to be verified.”

Research has shown that around three quarters of all errors have their routes in the early stages of production. But of these, around 80 per cent are not picked up until much later – either during manufacturing or after the product’s sale – making it far more costly to put right the error.

So for example, many manufacturers are equipped with co-ordinate measuring machines, devices that use a probe attached  to a moving axis to inspect the size and shape of products coming off the assembly line. But there is no point in investing thousands of pounds installing such a machine at the end of the production line, if your manufacturing process is not consistent in the first place, according to Tim Jones, operations manager of the Product Verification Programme at NPL.

“You don’t want to rest everything onto  your co-ordinate measuring machine at the end of the process, because by that point you have already put a lot of value into your products,” he explained. “You might already be shipping parts, and you are creating a bottleneck that will not go down well with customers obviously, and can lead to financial penalties.”

Instead, companies should also consider installing technologies to monitor the performance of their manufacturing equipment, said Jones. “You need to know that your milling machine or lathe is consistently producing what you think it is,” he said. “To do that you need to use equipment to measure the performance of that lathe or machine, such as a ballbar system.”

Ballbar systems, developed by Renishaw, which is based in Wotton-under-Edge in Gloucestershire, are designed to provide a rapid check of a machine’s positioning performance. “It [a ballbar system] enables you to accurately map what your machining capability is,” explained Jones. 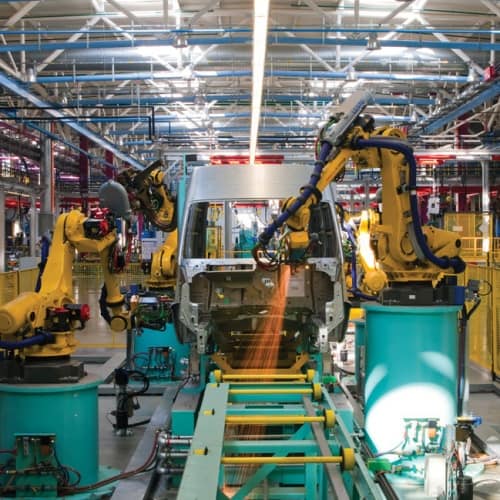 Companies can obtain grants for product verification support from NPL through the government-backed Manufacturing Advisory Service (MAS). One UK business saved up to £500,000 by taking the team’s advice to analyse its turbine blades with a thermal-imaging technology known as pulsed thermography. This revealed hidden problems with the blade coatings.

“We have a four-stage process that we  work through with a company,” said Cooper. “We look at a company’s measurement practice, right the way through from quotation through to design drawings to the [final] inspection,”  he said.

For example, the team was asked to help castings manufacturer Brafe Engineering, which is based in Woodbridge, Suffolk, after the company had identified areas of the inspection process that needed improvement.

The team suggested that the company improve the calibration of its co-ordinate measuring machines. It also recommended regular checks to ensure that the machines  do not wander out of calibration, as well as increased training and inspection courses  for staff.

“Manufacturers often believe they have everything under control, and may even  feel they know their own areas of weakness,” said Ken Dean, quality manager at Brafe Engineering. “But bringing in experts from NPL really gives them a chance to examine their operations in detail,” he said.

These projects, which are backed by the Regional Growth Fund, are intended to improve the capability of companies in the UK’s aerospace and civil nuclear supply chains respectively.

The organisation is providing each of the companies involved with the programmes with a Product Verification health check, as well as an improvement  plan, specialist measurement knowledge  and support with training.

Sheffield-based CW Fletcher and Sons, which manufactures precision parts for the aerospace and nuclear industries, took part in the health check in a bid to increase its efficiency and reduce costs.

NPL’s team recommended that the company make savings by improving its application of measurement techniques. As a result, John Walker, engineering manager at CW Fletcher, said: “We are manufacturing with a higher degree of confidence and improving efficiency to provide more for our customers for the same cost.”