Hydrogen’s role in the net zero transition is hotly debated. Melissa Bradshaw spoke to Professor Tim Mays about the key engineering challenges surrounding production, storage and use across industry.

Since making the commitment to reach net zero emissions by 2050, the UK government has repeatedly emphasised its ambition that hydrogen will play a starring role in the transition. From heating our homes to powering transport and heavy machinery, potential applications for hydrogen are being explored across virtually every engineering sector, bringing hope in particular for industries that are notoriously difficult to decarbonise.

In April 2022, the government published its long-awaited Energy Security Strategy, revealing its plans to double the 2021 target of 5GW low-carbon hydrogen production by 2030. Now aiming for 10GW, with at least half from electrolytic (green) hydrogen, there has been increased investment across the UK in new hydrogen technologies for use in a range of sectors to meet these ambitious goals.

However, for the UK to realise the scale of hydrogen’s full potential, work must be done to overcome some of its most prominent challenges. Tim Mays, professor of chemical engineering at Bath University and director of the Institute for Sustainable Energy and the Environment, is one of those leading the charge.

Prof Mays has recently been awarded funding from UKRI, supporting a project that aims to tackle the research challenges around widespread use of hydrogen and other low-carbon fuels in the UK. Alongside his colleague Prof Sara Walker, who heads up the project at partner university Newcastle, Mays will act as a research coordinator and over the following several months is aiming to establish a National Centre of Excellence at Bath University. 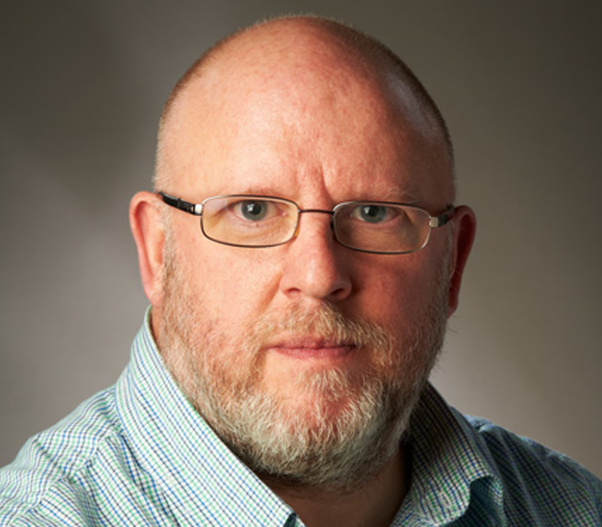 “I’ve been researching into hydrogen, particularly hydrogen storage, since the early 2000s, and actually this was over a period where hydrogen wasn’t seen as particularly interesting — a sort of niche area, but wasn’t seen as a major activity in engineering or science,” Mays told The Engineer.

Since beginning his work in the area, Mays led one of the first EPSRC Supergen projects focusing on sustainable power generation and supply. Over the past ten years, he has built on this work as co-director of the EPSRC Supergen Hydrogen and Fuel Cells Hub (H2FC Supergen), which is winding down at the end of the year.

Following this, a new UKRI project will see Walker, who will focus on systems integration, and Mays, look at the research challenges that need to be resolved for hydrogen take-up to reach government’s desired level long-term.

“These major transitions take a lot of effort, and at the moment, hydrogen is still mainly an industrial gas used in oil refining and ammonia synthesis. There’s not a lot out there in terms of energy.”

Government’s ambitions have been ramping up since the Prime Minister’s Ten Point Plan for a Green Industrial Revolution in 2020 which Mays points out is associated with hydrogen within every part, directly or indirectly. We’re now at the beginning of a ‘rollercoaster ride’ with prioritising sustainable hydrogen production, he added, something we simply don’t have capacity for at scale in the UK yet.

This is largely due to several of the most significant and recognised engineering challenges which, so far, have blocked hydrogen’s widespread use. These include the ability to produce hydrogen at a reasonable cost, developing the appropriate infrastructure to support it, as well as storage — perhaps one of the most challenging aspects.

“We need to reduce the volume of hydrogen, I’ve been doing work in that area for many years, and there’s still a lot to be done on how you increase the density,” Mays said. “You can have liquid hydrogen, but that’s very low temperature — 20 Kelvin, -253 degrees Celsius — and it’s high-pressure gas, 700 bar, 350 times the pressure in your car tyre.

“My own research is concerned with hydrogen storage in solid materials, especially those with a network of very narrow pores (around 2 nm wide or less). These spaces act as ‘nano compressors’ leading to extraordinarily high local hydrogen densities. This is still at the level of discovery science but points the way to future technologies that could compete with established high-pressure and liquid hydrogen storage.”

Hydrogen in fuel cells is a very thermodynamically efficient application, Mays noted, but added that fuel cells have their own challenges surrounding cost, reliability and recyclability.

“Combustion technology has got some legs because it’s well-established, people know how things work,” he said. “Thermodynamically, it’s not quite as efficient as a fuel cell, but it’s established technology so it may be useful in a transition.”

Individual applications come with their own challenges to work around — for example, plans to blend hydrogen into the gas grid in order to exploit existing infrastructure and decarbonise domestic heating. Putting more than 20 per cent hydrogen into the gas grid would require widespread retrofitting of boilers, with cost here a significant challenge, according to Mays.

“Can we do things to reduce cost? Can we make it more efficient, can we avoid leakage? There’s a lot of interest in geological storage and sub-marine, subterranean salt caverns, depleted oil and gas wells, and what I call rainy day hydrogen, seasonal storage. Or even annual storage, and that’s where hydrogen starts to become very important in energy security.

The biggest current market for hydrogen is in ammonia production - Adobestock

Naturally, as with any emerging technology area, people have concerns around hydrogen, many of them valid. The challenges around storage, economics and efficiency are real, but Mays hopes that projects like this one will identify these and ‘come clean’ about what, if anything, can be done to address them.

“I respect people who challenge whether it’s economic to make a lot of hydrogen, whether or not storage will always be a problem whatever we do,” he said. “I’ve had tussles with people who seem to object to it on a point of principle, not really underlining it with any evidence.

“I’m evidence-based, there are problems and we recognise them. Some may end up being insurmountable, but many won’t, and I think that there will be a space for hydrogen — it’s maybe arguing about how much space there will be.”

Debate is often seen around types of hydrogen produced, with many raising concerns around over-reliance on blue hydrogen, considered a low-carbon form of hydrogen due to the use of CCS in its production, but still dependent on steam reformation using natural gas.

Many argue that the focus should be on the more environmentally friendly, but expensive, green hydrogen produced using renewable energy sources. Of course, most hydrogen produced in the UK currently is high carbon, made with fossil fuels and no carbon capture involved in the process.

“Coal is more or less gone, but oil and gas is still going to be around for a bit,” Mays said, stressing that we’re not going to turn the taps off overnight on fossil fuels. “Provided we do as much as we can to avoid air pollution, whether it’s local air pollution, air quality, or atmospheric contamination from CO2, then blue hydrogen is a reasonable transition.”

Where the biggest opportunities lie for hydrogen is open for debate, but as Mays points out, much of this opportunity will be in sectors where alternatives such as electrification aren’t viable, or as a complementary technology to intermittently available renewables. For this reason, he explained that he doesn’t see hydrogen as having a huge impact on light-duty road vehicles, where batteries have ‘won the day’, as he puts it.

Larger vehicles like buses, heavy-duty trucks and trains could benefit significantly, as well as marine and aerospace, a sector Mays describes as ‘very serious about hydrogen’. As a high CO2 emitting sector, it’s clear to see the appeal for aerospace with many aviation giants working on big hydrogen initiatives.

Airbus, for example, aims to bring its ‘ZEROe’ hydrogen-fuelled passenger aircraft into service in 2035, and is developing a UK Zero Emission Development Centre (ZEDC) in Bristol to support this, alongside existing ZEDCs in Spain, Germany and France.

“If they tell us something doesn’t look right, we’ll have to be very careful with what we do. There’s going to be close relationships with industry, partly with people we have officially as part of the project, but they’re not the only ones interested — there are links all over the place.”

Bath’s recently opened Institute for Advanced Automotive Propulsion Systems (IAAPS) research facility is set to host a green hydrogen manufacturing plant, planned to become operational in Spring 2023 and enabling the IAAPS to sustainably produce hydrogen for its research and testing. The facility aims to fulfil several objectives for the IAAPS including decarbonising the energy used on-site and reducing the whole building carbon footprint, as well as supporting research and innovation into sustainable propulsion technologies and the use of hydrogen in sectors such as aviation, marine, off-highway and heavy-duty transport.

IAAPS will form the basis of a regional H2 and Sustainable Transport Acceleration Hub, working with over 30 cross-sector partners. Ultimately, while it’s too early to predict whether the government’s targets around hydrogen are overly ambitious, the targets give industry a much-needed sense of direction, Mays concluded.

“Rather than being obsessive about whether it’s 10GW or 5GW of hydrogen, what [the target] is saying is that we need a lot of hydrogen. And there may be more, there may be less, depending on how the technology develops and the investment that goes in from the public and private sector,” Mays said.

“If we miss the targets but we’ve made some headway, so what? Provided we have some impact on reducing emissions and help to keep temperature increase below 1.5 degrees, we’ll have done our bit.”

Despite that uncertainty on whether the targets themselves are realistic, Mays spoke encouragingly of industry’s ‘genuine desire’ to explore technology options that will allow us to work our way around the net zero ambitions and fight climate change.

“If you look at the graph of the emissions against time, against the net zero target, we’re about halfway there, but the first half was easy. The second half is going to be really, really hard to get to net zero by 2050.

“I think there’s some scope for a bit more understanding in consolidation of what hydrogen can do, and also to avoid the hype that’s happened in the past, people have said ‘hydrogen will solve all our problems’ - it won’t.

“There’ll be other opportunities, batteries, electrochemical routes perhaps… fossil fuels are on borrowed time but they’ll be part of the bridging. We can’t avoid that. But right at the top of the tree is this business with decarbonisation, getting rid of carbon emissions, and climate change and that’s an emergency. I think that the sooner we get things off the ground the better, and the projects I’m involved in will hopefully be part of that.”

The connected world and beyond

Taking Industry 4.0 beyond proof of concept