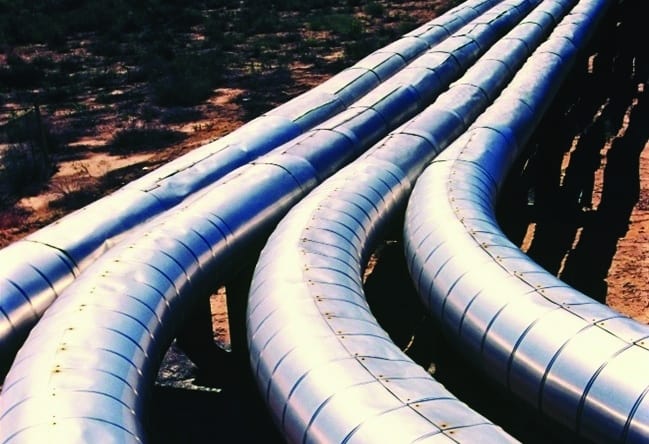 Whether you call it oil money, or the more recent term petro-dollars, the hydrocarbon sector has long been a by-word for wealth. Countries with oil revenues are rich, and oil and gas companies have resources aplenty. It’s easy to assume that, with all that black gold (and whatever the equivalent term is for natural gas) flowing in, they can find the funds to do pretty much whatever they like.

In the dream of oil executives, perhaps; but not in the real world. In fact, finances in the oil and gas sector are squeezed as hard as they are everywhere else. ‘Oil wells can cost as much as half a billion pounds each to drill, and only a quarter of them are successful,’ explained Prof Ann Muggeridge, holder of the Total Chair in Petroleum Engineering at Imperial College London: in this sense, she added, ‘successful’ just means that the well contains oil or gas and says nothing about how much there might be or even whether it would be profitable to extract it. ‘So companies have to be very choosy about what they spend their finite resources on.’

In recent years, this has hit research and development particularly hard. Whereas 25 to 30 years ago, the major companies all operated large central laboratories and research departments that handled all their technological requirements, these have gradually been eroded in the cause of cost control. The result of this is that oil and gas companies are now major players in the area of technology transfer, casting around for research streams and technologies that might prove useful to them and bringing them into their portfolios.

Each company has its own way of doing this, but BP’s vice-president of public partnerships, Bob Sorrell, explained that, in general, companies will have a suite of technologies that they consider to be core to their competitiveness and will tend to use their own research facilities to develop these specialities, and will depend on technology transfer for subjects outside these areas. ‘The important thing for us is to have technologies that make us distinctive; we talk about “technology at the point of competition”,’ he said.

In BP’s case these specialities include seismic studies and particularly imaging derived from seismic data. ‘We have an entire building in Houston that houses a supercomputer and a whole team dedicated to interpreting the data it produces,’ Sorrell said; this is focused on actually finding oil in geological formations. Downstream, the company is concerned with operating its assets in refining and petrochemicals, and assessing their structural integrity; the company invests significant resources into corrosion monitoring, for example. Also firmly in-house is the development of fuel and lubricant formulations, which produce the range of commercial products that carry the BP name or that of its lubricants brand, Castrol.

But even within the sphere of seismic imaging, the company might find it needs some help, Muggeridge said. As a subsurface specialist, Muggeridge’s area of expertise is how the oil behaves within the porous rocks of the reservoir itself; once it gets into the wellbore, as she said, ‘it’s someone else’s problem’. But the reservoir doesn’t just act like a wet sponge absorbing and releasing oil easily; it interacts with the hydrocarbons and other substances injected into the reservoir in complex ways. ‘The tools we use to predict the performance of the reservoir are quite complicated numerical programmes, and for things such as modelling the flow in the reservoir we would like to be able to use parallel computing. The equations that describe fluid flow are non-linear and closely coupled, and parallel computing is the best way to solve those, but the commercial software that people use is not very easily parallelisable; so one of the things we’re bringing in ideas from outside on is how to better parallelise computational flow dynamics codes.’

One example of this is in modelling the interfaces between different rock strata inside the reservoir. ‘In the oil industry we tend to think of things in finite volumes; everything’s broken down into discrete boxes; but in aerospace, for example, they’re quite happy to model surfaces using triangles and other polygons to get as close to the real shape as possible,’ Muggeridge said. ‘That hasn’t really come into the oil industry yet; but the shapes in the reservoir are curvy and awkward, so that’s definitely a place where technology transfer would be a way to progress.’

The oil and gas industry has also called for help in extracting oil, Muggeridge said. One example would be the BP project Brightwater in the 1990s, where the company wanted to improve recovery in reservoirs where the rocks had different permeability. ‘They’d inject water, but it would follow the path of least resistance into the more permeable rock and leave the oil in the lower permeability regions.’ BP approached several chemical companies, and eventually formed an alliance with Chevron and Nalco, with the latter company developing an additive that would ensure the water bypassed permeable rocks. ‘What was needed was some kind of additive that could be injected with the water, and would migrate a small distance from the well bore and then set, so that it didn’t damage the ability to inject. They decided it would be best be triggered by temperature, as seawater — which is what they were injecting — is cold and it warms up in the well. So what Nalco devised was a polymer that coils up on itself when it’s cold, but when it reaches a trigger temperature it bursts open like popcorn and blocks off those more permeable routes, so the water is forced into the less-porous strata and displaces the oil.’

Chemical firms are important technology-transfer partners for the oil industry, partly because they speak the same technological language. But also, as oil reserves become more difficult to extract from wells that have been exploited for some years, it becomes economic for industry to inject ‘something more complex than water’ to get it out, as Muggeridge puts it.

‘The existing additives tend to work at a specific conditions of temperature, salinity or mineralogy, so, increasingly, oil companies are going to their chemicals partners and are asking for additives that work at higher temperatures, higher salinities and in carbonate-containing rocks that are reactive, and if they can have something more environmentally friendly than polyacrylamide gels.’ If this can increase the extraction rate from 40 per cent of the reservoir contents to 45 per cent, it’s well worth the investment.

Sometimes, the research that proves key to an oil company’s technology isn’t so obvious. Bob Sorrell explained that after 27 years in the industry, he finds that talking to people who aren’t connected with it can unlock new approaches to problems in unexpected directions. ‘One example is barnacles on ships, which is a big problem; they stick to the hull and it then takes more fuel to propel the ship. We used to paint the hull with tributyl tin, which stopped them attaching, but that’s now banned,’ he explained.

‘So a group of scientists in Sweden looked at the larvae of acorn barnacles to find out why they attach in the first place; it turned out to be that the larvae could sense a change in their chemical environment, and you could use a polymer that wasn’t toxic but blocked that chemical change to stop them attaching. We were interested in that, because we operate a fleet of tankers, but there was more to it than that, because the next piece of work these scientists did was to look at deposition of proteins on prostheses, and then to look at build-up of materials on surfaces. And this brought us on to our own issues, such as the build-up of deposits that can cause blockages in production systems. We could apply the same thinking on how the deposits start to build in the barnacles as to blockages in upstream and even in automotive with build-up of deposits on fuel injectors and other parts of engines, and understanding in fundamental science can really help you there.’

Biological insights such as this could be increasingly important to the sector, and in even more direct ways. Companies are beginning to investigate a technique called microbial-enhanced oil recovery (MEOR), which, as the name implies, uses microorganisms rather than chemicals, or pressure from water or CO2 in the reservoir to encourage flow into the well bore. MEOR works by using the microorganisms to change the interaction between oil and rock, but although it was first discovered in the 1920s, it has not fulfilled expectations, according to Muggeridge. ‘We just haven’t understood enough about how bugs behave and grow under conditions of high temperature and in a chemical-rich environment, but in the past few decades there has been such huge growth in knowledge of biotechnology and the genetics of these organisms that we might
be able to finally exploit this technology.’

According to Sorrell, there are three reasons an oil company might choose to turn to technology transfer to solve a problem. ‘The first is that just by looking at the problem that you’re facing, you may just by talking to someone from a different sector get a fresh perspective on how to solve it. Second, someone may have solved the problem already. And third, it make sense to work in emerging areas, such as graphene, it makes much more sense for a group of companies to work together to understand what the applications are for this new area of science.’ BP is trying to broaden its reach into academic research by issuing open calls for research grants, he added. 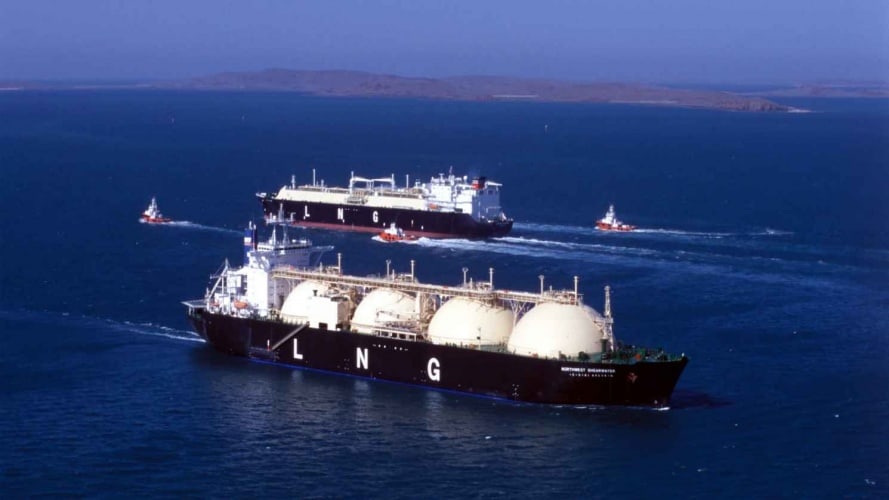 But Muggeridge said that such decisions tend to be made on the basis of the specific problems that a company is facing at a particular time, such as getting oil or gas out of a specific well or group of wells in similar geology if they aren’t performing up to expectations. ’In my experience, the industry tends to be focused on its immediate performance and it isn’t very good at looking forward to long-term technology needs, although there are of course exceptions such as carbon capture and storage.’

One of the ways BP accesses technologies to transfer into its portfolio is via the International Centre for Advanced Materials (ICAM) of which Sorrell is associate director. Based at a ‘hub’ at Manchester University and with ‘spokes’ at Cambridge, Imperial and the University of Illinois at Urbana-Champaign, it is ‘an essential part of BP’s innovation ecosystem’, Sorrell explained. ‘We call it an ecosystem because we believe we can achieve much more in partnership with others than we could on our own; we can leverage expertise more effectively through academic partnerships and joint ventures. We also have a corporate venturing model where we take equity stakes in small companies and get a position on the board, so we can observe technology development in those companies and understand how that’s developing in the market they work in, and that’s a very powerful way of understanding how they operate.’

In my experience, the industry tends to be focused on its immediate performance and it isn’t very good at looking forward to long-term technology needs

The desire of oil companies to engage across the sciences indicates one of the reasons that the oil industry has such a strong influence in academia. Its ability to fund research is one reason, although it tends to look at relatively small- to medium-term projects. But another reason is the sheer breadth of the science base it touches. It offers scientists an enormous range of challenging topics to study. An this may be why, despite the growing controversy over fossil-fuel investment, Bob Sorrell sees no unease within the scientific community about seeking funding or involvement in the oil industry. ‘It continues to be a mutually beneficial relationship,’ he said, ‘and for us, an increasingly vital one.’

Playing the field: opportunities in the oil and gas industry

Answer in the pipeline

Innovation in the Automotive Industry