leave footprints on the Moon. Written by Nick Smith.

Captain in the U.S. Navy, Gene Cernan left his mark on the history of exploration by flying three times in space, twice to the Moon. The second American to walk in space and the last human of only 12 to leave his footprints on the lunar surface, Cernan is one of the great unsung heroes of the Apollo program phase of the Space Age. He went into space as pilot on the Gemini 9A mission, as lunar module pilot on Apollo 10 and as commander of Apollo 17, the final Apollo lunar landing.

Cernan passionately believed that this era of extra-terrestrial travel was so far ahead of its time that that it would take a further “hundred years in the history of mankind before we look back and really understand the meaning of Apollo.” Speaking towards the end of his life, Cernan maintained that the technology and vision of such explorations were so ground-breaking that it was as if the great American President John F Kennedy had, “reached out into the twenty-first century where we are today, grabbed hold of a decade of time, slipped it neatly into the sixties and seventies and called it Apollo.”

Eugene Andrew Cernan was born in Chicago, Illinois on 14th March 1934. Son of Rose and Andrew Cernan – both of eastern European origins – he grew up in the towns of Bellwood and Maywood where he attended elementary school and was a Boy Scout. He read electrical engineering at Purdue University (which was also attended by the first person to walk on the Moon, Neil Armstrong), where he attained his bachelor’s degree in 1956. In the same year he was commissioned into the U.S. Navy, where Cernan would log more than 5,000 hours of flying time, including 4,800 hours in jet aircraft (as well as at least 200 successful landings on aircraft carriers).

We leave as we came and, god willing, as we shall return, with peace and hope for all mankind

In 1963 he earned a master’s degree in aeronautical engineering at the U.S. Naval Postgraduate School, Monterey, California. Later that year he was among the 14 people selected (from 720 applicants) to form NASA Astronaut Group 3, ten of which would fly in Apollo missions, with four becoming ‘Moon walkers.’ Selection required the astronauts to be American citizens under the age of 34, standing no more than 6 feet in height, with more than 1,000 hours flying time as a test pilot, and a degree in engineering or the physical sciences. Four died in training accidents before they could go into space.

For Cernan’s first mission, he and Thomas P. Stafford were launched into space on 3rd June 1966 in Gemini 9A, during which he became the second American to walk in space, undertaking more than two hours of extravehicular activity (EVA) in what proved to be a dangerously faulty space suit. During the three-day mission, Gemini 9A rendezvoused three times with a target vehicle, simulating procedures that would be used in the Apollo 10 mission. As well as the EVA and rendezvous objectives, Gemini 9A carried out several scientific experiments, including one that assessed astronaut stress levels by measuring the intake and output of fluids before, during and after the flight.

Three years later, Apollo 10 was NASA’s ‘dress rehearsal’ for one of the most important voyages of discovery that humankind has ever undertaken: the Apollo 11 Lunar Landing. It was the first comprehensive lunar-orbital qualification and verification test of the lunar lander. The mission confirmed the performance, stability and reliability of the Apollo command, service and lunar modules (Cernan was the pilot of lunar module Snoopy, named after the Peanuts cartoon beagle). The mission included a descent to within eight nautical miles of the Moon’s surface.

If Cernan’s contribution to that moment in history has been overshadowed by the achievements of Apollo 11’s ‘Holy Trinity’ crew, it’s not through any lack of good-natured self-promotion. In a 2007 interview for NASA’s oral histories, Cernan said: “I keep telling Neil Armstrong that we painted that white line in the sky all the way to the Moon down to 47,000 feet so he wouldn’t get lost, and all he had to do was land. Made it sort of easy for him.” In fact, the mission performed every function necessary for a lunar landing (apart from the actual landing itself) and it was the final test of Apollo’s systems. On his return to Earth, to increase his chances of getting to command his own mission, Cernan turned down the position of lunar module pilot on Apollo 16. He was duly returned to NASA’s program selection rotation, where he was placed as back up commander on Apollo 14.

It wasn’t to be until December 1972 that Cernan finally got his shot at getting his own ‘boots on the Moon’ as commander of Apollo17, the last piloted lunar expedition that explored the Taurus-Littrow region of the Moon, collecting 115kg of rocks and other surface material for study. Recalling his attitude to the technology he’d helped to develop as far back as the Gemini program, Cernan explained his preference for manual navigational control: “There’s no way I’m going to go all the way to the Moon”, he said, “particularly for a second time, and let a computer land me on the Moon. The arrogance of a pilot, particularly naval aviators, is too great to allow that to happen.” Cernan and lunar module pilot Harrison Schmitt touched down safely to perform a total of three spacewalks while on the surface, scaling mountains and collecting data about the history and geology of the Moon that would inform planetary science for years. With 22 hours and 6 minutes outside, the astronauts established a record for longest extravehicular activity by one mission on the surface of the Moon. Meanwhile, command module pilot Ron Evans set a record for most time orbiting the Moon. The mission’s biggest discovery came when Schmitt exclaimed that he had discovered orange regolith on the grey surface. Cernan recalled thinking that his crewmate had ‘overdosed on rocks,’ but examined the specimen despite his doubts. The deposits were confirmed orange and subsequently found to be volcanic glass that had probably emerged from a surface vent.

Shortly before preparing to go back into the lunar module, Cernan drove the lunar rover a mile away so that the video camera could record the mission’s departure. In his autobiography The Last Man on the Moon, he explains how he knelt and wrote his daughter Tracy’s initials – TDC – in the dust. All that remained for Apollo 17’s crew to do was to start the long journey home. We remember Armstrong’s first words on the Moon, and yet the last words spoken there are just as powerful and evocative. As Cernan waited to climb the ladder up to the module for the final time, he paused and said: “As I take man’s last step from the surface, back home for some time to come – but we believe not too long into the future – I’d like to just [say] what I believe history will record. That America’s challenge of today has forged man’s destiny of tomorrow. And, as we leave the Moon at Taurus-Littrow, we leave as we came and, God willing, as we shall return, with peace and hope for all mankind. Godspeed the crew of Apollo 17.”

Cernan later assisted with the Apollo-Soyuz Test Project (completed in July 1975) before retiring from both space exploration and the navy to start his own company – the Cernan Corporation – that pursued management and consultant interests in the energy, aerospace and other related industries. He became a familiar face in the media as co-anchorman on ABC-TV’s broadcast coverage of the first three Space Shuttle launches. He also became Chairman of the Board of Johnson Engineering Corporation that provided NASA with Flight Crew Systems Development, with personnel located both on and off site at Johnson Space Center. In 1999 Cernan co-wrote The Last Man on the Moon. A documentary film of the same name was released in 2014.

Shortly after his death in 2017, Cernan’s family released a statement confirming that the honour of leaving the last footprints on the Moon was seen by the great astronaut as a dubious one: “Gene was passionate about sharing his desire to see the continued human exploration of space and encouraged our nation’s leaders and young people to not let him remain the last man to walk on the Moon.” A legend of space exploration, Cernan died at the age of 82 on 16th January 2017, and was buried with full military honours at Texas State Cemetery. 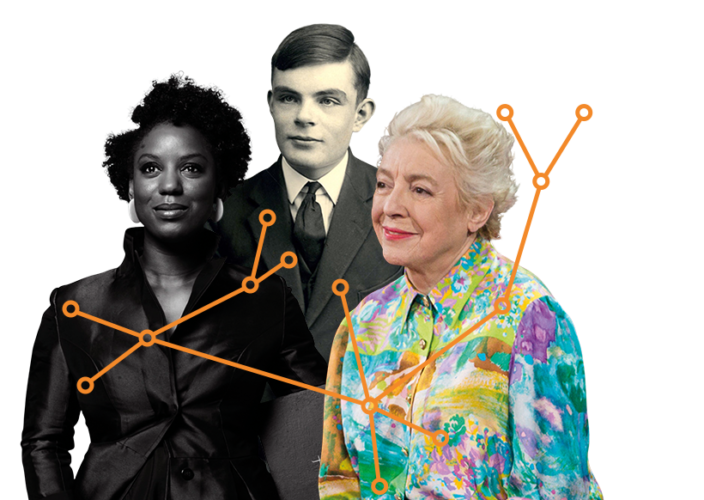