The rise of the industrial internet

Last year, GE announced that the world was on the brink a revolution; one that it claimed could add $10 to $15 trillion to global GDP.  Using a concept it is marketing as the ‘Industrial Internet’, the group outlined a plan to fully integrate the digital realm with the world of machines.

The Industrial Internet, at its most basic level, encompasses the use of sensors embedded into machines and accessed through global networks. In November, GE announced that it would demonstrate the potential efficiency gains of the Industrial Internet by investing $1.5bn to bring its machines online.

‘The reality today is for very low costs, you can connect instruments to a central location and have the information online, immediately, at all times,’ said Rich Carpenter, chief technology strategist at GE Intelligent Platforms. ‘You can have a set of analytics that push the right information out to the right people…it’s a very exciting trend.’

But this trend isn’t new. Companies have been integrating machines with sensors and wider networks for years. Carpenter, however, argues that its capabilities have not yet been fully realised. He notes that inefficiencies in machinery are now much greater at the system level. This has led to complexities in the system that humans have difficulty dealing with. 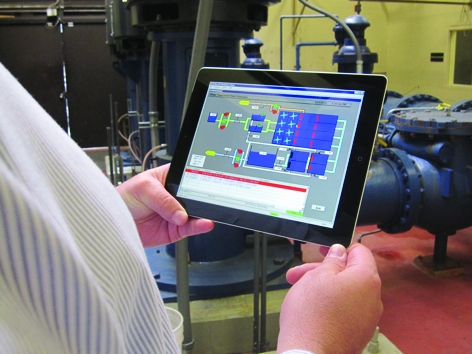 GE believes it can resolve this through automated analysis of big data. ‘It is one of those terms that is probably overused,’ said Carpenter. ‘It means that you’re not just getting data from a local company, but you’re starting to get it into a single infrastructure across the ecosystem of companies using this equipment. So you really understand what is working well in one place and are able to apply that elsewhere.’

For instance, in aviation the Industrial Internet could be used to improve the efficiencies in engine maintenance, fuel consumption and scheduling. With around 20,000 commercial aircraft operating and 43,000 commercial jet engines in service, the potential for cost and energy savings is significant, and will be even more so as air traffic increases.

Elsewhere, in the oil and gas sector, data that provides reliable information on equipment failures is vital. A large network could improve the speed and accuracy of information about the availability of key equipment and enhance production rates. Across industry, GE estimates that the Industrial Internet could boost annual productivity by 1-1.5 per cent.

Some of the most exciting benefits for Carpenter, however, come in the area of process optimisation. ‘In the mining industry we’re optimising parts of the process like the grinding circuit,’ he said. ‘It turns out that if we can get more consistency in breaking up the large rocks into smaller rocks we can get a measureable percentage throughput. I think we’ll see a lot more of this type of process optimisation emerge.’

GE isn’t the only major player espousing the benefits of the Industrial Internet. Vodafone has developed a similar concept which it calls M2M (machine to machine) communication. M2M uses intelligent sensors embedded with a SIM card to receive and transmit data wirelessly to a central server. Communication can occur over a relatively short range or over a distance of many miles on both stationary and moving objects.

‘The main challenge in implementing M2M is that every machine is different,’ said Joachim Hauck, Vodafone’s M2M business development manager. ‘Each machine will have its own proprietary interface that the technology will have to interact with…We have already seen some very interesting business cases for M2M connectivity in the manufacturing industry. For example remote monitoring is reducing the need for expensive business travel by specialist service engineers.’ 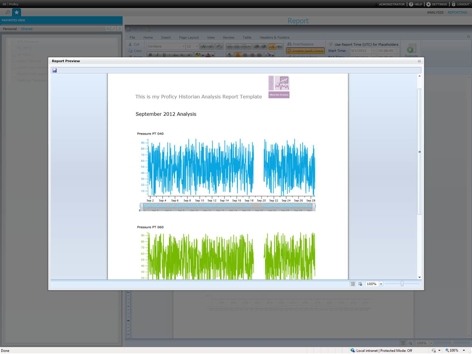 There is still a lot of work that need to be done on algorithms to overcome data diversity and look for useful correlations. Current algorithms are predictive in nature rather than prognostic, said Carpenter. While manufacturers may know that a machine has a certain chance of failing, nobody can say with absolute certainty the time that it is going to fail. He added that the data is only as good as the sensors, and so advances in this area are a priority.

According to Hauck, these technical challenges can soon be overcome. Once they are, connectivity- in its various guises of the Industrial Internet or M2M communications- can extend to mass-produced consumer products outside of the factory. ‘In fact this is already happening,’ said Hauck. ‘If the customer agrees on a permanent connection then service level agreements can be extended and reliability improved. At the same time the manufacturer is getting valuable information on how the product is being used in a real working environment.’

There remain concerns that engineers can be over reliant on the accuracy of sensors, networks and software. In the era of the Industrial Internet, Carpenter sees data scientists playing a complimentary role to engineers to ensure that the world doesn’t become too reliant on machines. There is, he said, no replacement for the context an engineer can provide about the equipment they work with. ‘We’re not really losing that skill set by relying on the analytics but capturing it in a way that can be used,’ he said.

GE’s claim of an additional $10 to $15 trillion to global GDP through the Industrial Internet is ambitious. The group, however, insists that the scope of transformation will be huge. As the compounding effects of the relatively small changes in efficiency are felt throughout the world, the figures may soon begin to add up. The group likens the intertwining of the industrial world with the internet with the industrial revolution.

‘We’re tapping into a megatrend and using it to drive the next generation of automation,’ said Carpenter. ‘When we think about the impact on society, on business, on processes- when any machines can talk to any person anywhere in the world, a whole new type of productivity will be unleashed.’ The question now is if industry is ready to accept this change.

Dolly Parton and the Industrial Internet of Things

Internet of wings: the rise of aerospace 4.0