The Technology Strategy Board’s head of healthcare explains to Sam Shead how the organisation is spending more on medical technology than sectors it has traditionally favoured, as he takes a group of healthcare start-ups on a Mission to Boston. 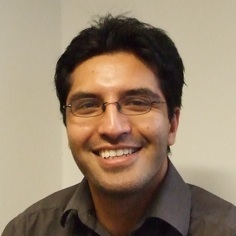 Head of Healthcare, Technology Strategy Board

Zahid Latif appears to be enjoying life as his team expands and his department gets a bigger share of the TSB’s annual budget of £390m. With next week marking five years at the government innovation agency, the former pharmacist reveals that this is the longest he has stayed in any job and almost seems surprised at his own commitment.

We’re on the TSB-backed ‘Future Health Mission’ with 20 of the UK’s most promising medical technology companies as they hope to secure investment from Boston’s wealthy venture capitalists, build relationships with other companies in their respective fields, and learn the crucial dos and don’ts for healthcare start ups looking to break into the USA.

During the trip the carefully selected companies network with other healthcare start-ups, including many that have successfully spun out of New England’s prestigious universities such as Massachusetts Institute of Technology (MIT), Harvard, and Boston University. Intelligent young American entrepreneurs engaged with members of the slightly older British party and infected them with their contagious enthusiasm and can-do attitude.

Elliott Cohen, a student studying for an MBA at MIT’s futuristic Media Lab and co-founder of several start-ups, was charismatic and confident as he led a free-form discussion with people twice his age on commercialising new pieces of technology. Many of those on the Mission left MIT that afternoon feeling most inspired.

So why are we here? It’s a big commitment on the TSB’s part in terms of both resources and cost. The organisation identified healthcare as a lucrative market and the US spends more on healthcare than anyone. In 2009 the US federal, state and local governments spent $2.5tn, or $8,047 per person on healthcare. As countries continue to increase their spend on healthcare so does the TSB.

‘Life sciences and healthcare was a relatively small portion of the overall budget when I first started five years ago because the TSB came from a very engineering/automotive/aerospace type background,’ said Latif.

How things have changed.  ‘Now I’m up at around £55m per annum and it’s one of the biggest areas within the TSB,’ said Latif.

To put that into context, the TSB as an organisation is spending the same on healthcare as it is on transport, energy and digital combined, although that doesn’t necessarily reflect financial input from other collaborators. Meanwhile, the only sector receiving more investment from the UK government is defence.

So how does the TSB decide what proportion of their budget to allocate to each sector?

Latif and his team of eight (soon to be 12) focus on specific areas within healthcare where they feel the TSB can make the most significant difference.

‘Pharmaceutical companies are spending billions of dollars per year so us adding another £25m is not going to make any difference,’ said Latif. ‘But we have to identify the areas where we think the link between the market and the link between the technology can be leveraged by us making a focused investment.’

The three aspects of healthcare the TSB invests in are assisted living, personalised medicine, and regenerative medicine.

The first is crucial to meet the demands of an ageing population with the UN warning only last week that the number of people on the planet over the age of 60 could rise above one billion within a decade.  Meanwhile, here in the UK, the number of pensioners is expected to nearly double, from 10 million to 19 million, by 2050.

The vast majority of us won’t make it through to old age without taking medicine along the way. But individual drugs don’t necessarily work for everyone, even if they are prescribed to treat identical conditions, said Latif. ‘In many cases the drugs only work in 33% – 50% of patients.’ The others may not benefit or may suffer side effects. Determining which patients will respond well to the drugs, from those that won’t, is not easy but it is possible in many cases. If successful, ‘you can get to a better patient outcome quicker and strip out cost from the system while being more effective in delivering healthcare,’ explained Latif.

The final area of regenerative medicine is where Latif is investing most heavily within healthcare. ‘It’s the view that you can not only give treatments to patients but also lead to cures,’ said Latif. ‘A lot of that is based on cell therapies and stem cells. I invested £80m over 2 years in regenerative medicine and it’s improved people’s confidence and raised the profile of what we’re doing here in the UK.’

The Missions, which also include a ‘cleantech’ and a ‘webtech’ flavour, show no signs of dying out. In fact, thanks to the continued support of the TSB and UK Trade and Investment, there are several more already in the pipeline. Meanwhile, the first reunion party for people that have attended previous Missions will be held before the end of the year.

What is the aim of the mission?

Missions are another tool in the Technology Strategy Board’s toolbox to support innovative companies. The mission will immerse companies into a different innovation ecosystem and get the companies thinking about what it means to do business on the international stage. They will meet potential customers, collaborators, competitors, and investors, all of whom will have an impact on the company strategy.

What is your role on the mission?

My role is to represent the Technology Strategy Board. We underwrite the sponsorship of the mission and are involved in judging who is selected to come on the mission. While I’m on the mission I work with UKTI in supporting the companies in making introductions, as well as meeting some of the senior life sciences leads and policy makers in Boston.

What were your highlights from the trip?

This is my second mission and the highlights are always around seeing the companies ‘mature’ on the mission. They improve their ability to pitch (we work with the companies to do train them how to pitch their businesses before we go out) as well as start working together as a team of British companies, rather than thinking they are competing against each other. That transition is fascinating to watch.

What lessons can we learn from American start-ups?

American start-ups have a ‘can do’ attitude and that is very refreshing for the British companies when they get out there. I have had feedback from them and they have all come back inspired by the attitudes of the individuals involved in those start-ups.

Where in the world do you see the next FHM going?

We’re currently looking at which life science hubs around the world will be important for the different sectors of the health market. Boston is a pretty tough act to follow!

Mission accomplished: supporting the future of our healthcare