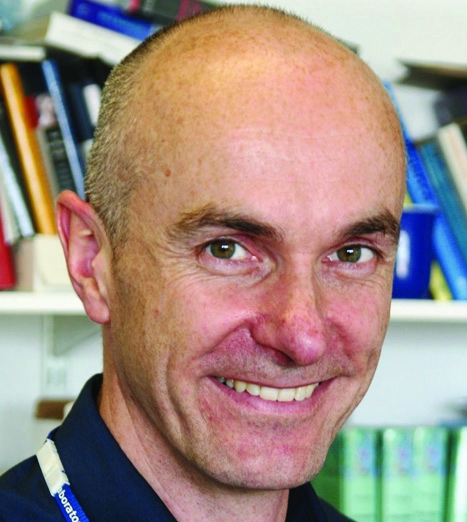 There are some topics that seem to turn placid engineers into passionate politicians and hard-nosed politicians into expert engineers. At the top of the list are energy and climate-change issues, which, according to David MacKay, have been responsible for fuelling some of the most emotionally charged and misinformed scientific debates of the current decade.

As the chief scientist at the Department of Energy and Climate Change (DECC), MacKay is on a mission to bring some clarity to the haze of misinterpretation and hyperbole surrounding the energy debate. ’A lot of the things that are being held up as part of the “green” solution are just fluff,’ he said. ’My impression is that lobbyists, some governments and some people in industry often say misleading things, either deliberately or academically.’

The issue, believes MacKay, is that many things that allegedly make a difference just don’t add up. He cites the example of the BBC’s advice to unplug mobile-phone chargers when they are not in use. In reality, a typical charger consumes only 0.01kWH a day - equivalent to the energy used by driving a car for one second. ’The debate on energy is fundamentally about numbers,’ he claims. ’But numbers are rarely mentioned.’

“The debate on energy is fundamentally about numbers. But numbers are rarely mentioned”

Walking through the DECC offices, it’s hard to ignore the pictures of huge wind turbines looming over government officials. Last year, the building itself came under fire for being one of the most energy-inefficient government buildings in Whitehall. Now, in an attempt to improve its image, the office boasts smart meters, a new air-conditioning system and more artwork displaying renewable technologies.

MacKay seems as amused as anyone to be at the heart of government machinery that has contributed to the misinformation on climate change. ’I wasn’t trying to become a senior civil servant,’ he said. ’But about five years ago, I started paying attention to the excitement, debate and emotional conversations on the radio about energy and a lot of what I heard just drove me crazy.’

Specialising in human-computer interface research, MacKay worked as a lecturer at Cambridge University for 15 years. What propelled him into the ranks of chief scientific advisor, however, was a book he wrote in his spare time on an altogether different topic. ’Sustainable Energy - Without the Hot Air’ was published in 2008 and received widespread accolades for its candid approach to the UK’s energy crisis.

’What I wanted to do was to get all the options on the table,’ he said. ’Today’s [UK] energy consumption in all forms is 300GW. That’s 300 Sizewell Bs. The exchange for one nuclear power station is around 2,000 wind turbines, but you have to consider where you would put all those. If people want to be anti-nuclear, that’s fine with me. I don’t mind what solution we end up with, but it has to add up.’

Since joining the DECC in October 2009, MacKay has been developing an online calculator that outlines the possible energy pathways available in the UK. The tool has two sets of sliders - one that affects energy consumption and one that controls energy generation. It is hoped to provide the public with a vivid insight into the compromises that have to be made to achieve an 80 per cent emissions reduction by 2050.

’It’s an engineering-based calculator that says how much energy is being demanded from your choices and how much energy would be supplied on the supply side,’ said MacKay. ’If there is a shortfall, fossil fuels will be used and it computes the emissions from all those choices you make. The goal is to help people have constructive conversations where they can see the space of conceivable plans that do actually add up and will get us to our emissions targets and our security of supply targets and will keep the lights on mid-winter when the wind isn’t blowing.’

MacKay hopes the calculator could help to achieve a consensus among policymakers faced with making quick decisions on long-term plans. ’I’ve seen that happen in the past when people are exposed to interesting facts and numbers,’ he said. ’I imagine people will go in anti-this and pro-that and then come out pro-everything. People change their minds and I hope the calculator is going to help that.’ The outcome, added MacKay, will be less certain, but a numbers approach will help the government and the public to have a ’grown-up’ conversation about energy.

Chief scientific advisor for the Department of Energy and Climate Change

1995 Became a university lecturer in the Department of Physics

2003 Promoted to a Professorship

What has been wrong with the debates about energy up until now?

You have a lot of people with wishful thinking. They just haven’t been educated with the right numbers and concepts and they believe that if we put up a few solar panels and wind turbines then we’re fine. You also have conversation about replacing nuclear or maybe a bit more nuclear. But if we only talk about replacing, then we’re never going to get off fossil fuels.

So a completely renewables option is out of the question?

The scale of what is required if we only want to live on renewables is really quite large; we’re talking about country-sized areas that need to be used for renewables. Even if we covered the whole country with energy crops for making biofuels or wood to put in power stations, you wouldn’t match the total energy consumption. If you want to match today’s electricity with wind you need wind farms about two-thirds of the size of Wales.

What about those who are anti-renewables and support nuclear?

They’ve also got wishful thinking in that they’ll say ’nuclear is the answer’. That’s wrong too. If you look at the numbers, that’s not really conceivable. And they say a whole load of misleading things such as wind farms don’t work or don’t produce power - yes, they need a subsidy, but they do work.

Is there a particular technology you’re excited about that will help to provide more sustainable energy?

There’s a wacky idea for wind that may come out, which uses kites instead of standard turbines. So if you imagine the three blades of the standard turbine going round, you get rid of the hub and the tower and you have a kite going round in circles as if it’s a single blade of a wind turbine. So it’s sweeping out the same chunk of sky, corresponding to a huge wind turbine. And as the kite goes round, it could be like an aeroplane with propellers on it, as tiny wind turbines on the plane. So it whooshes around at maybe 10 times the speed of the wind and the little propellers will be generators that would generate electricity by slowing the kite down. It’s plausible to me that it could give you a fivefold or greater reduction in the mass of the turbine and thus make it cost much less. Of course, you need smart technology to be able to fly a kite that might be the size of an aircraft. It’s got to fly and not crash ever. So that’s an exciting technology challenge.

What do you expect the outcome of your consultations using your 2050 Pathways to be?