The ‘anti-Dyson’: John Elliott is on a mission to clear the trade deficit and reverse the decades-long decline of British-made consumer goods 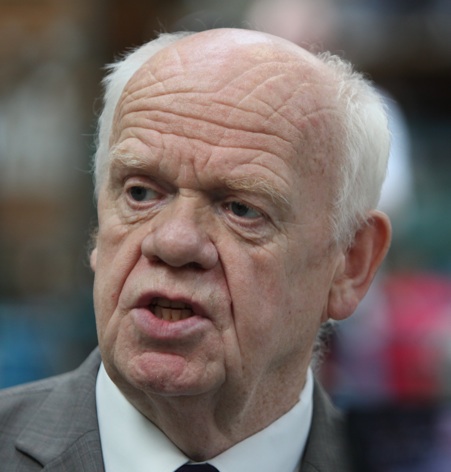 1993 - Moved into the water cooler market

2006 - Appeared on one of the first episodes of Channel 4’s The Secret Millionaire, giving thousands of pounds to good causes

2012 - Announced plans to reintroduce washing machine manufacturing to the UK

John Elliott is not a man who holds back. Two minutes into our interview on why he’s decided to bring washing machine production back to the UK, he launches into an ardent sermon on the dangers of trade deficits and the illusions of globalisation. He speaks so quickly it’s sometimes hard to keep up, hinting at the anger and frustration with those who’ve allowed Britain’s industry to decline that bubbles beneath his otherwise agreeable demeanour.

“I don’t think we can get enough from high-value products because demand isn’t there. British housewives spend twice as much in a year on washing machines as the entire world does on Rolls Royce cars

‘When we buy something from China and the price is low because the labour is cheap, then I’ve got to pay out again to the person in the UK who would have made it but is on benefits,’ he exclaims. ‘So it doesn’t cost us any less overall as a country.’

Hailing from a small mining village in County Durham, Elliott started from humble beginnings to become one of Britain’s most successful businessmen (although he is still based in nearby Bishop Auckland). Influenced by his technically minded grandfather, at 15 he became an apprentice draughtsman and at 28 started his own company producing industrial dehumidifiers.

Forty years later, after building Ebac into a multi-million pound business, the nearly 70-year-old could just retire and enjoy the fruits of his labour. Instead he’s planning to start making washing machines, not just as a way of expanding the firm but also with the aim of countering the decades-long decline of British-made consumer goods. Unlike the government and most of what we could call the industrial establishment, Elliott thinks Britain’s economic rebalancing can’t be achieved by focusing on exports of high-value advanced products in the aerospace, automotive and electronics sectors. Instead, we should make more for the internal market. 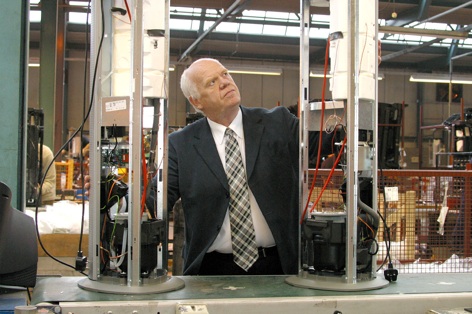 ‘I don’t think we can get enough from high-value products because demand isn’t there,’ he says. ‘British housewives spend twice as much in a year on washing machines as the entire world does on Rolls Royce cars. Rolls Royce cars are a great success story but you just can’t get the volume to get rid of our trade deficit, so we’ve got to go for the things that you and I consume day in and day out … And we sometimes think we’re the only ones who can make high-value products. That isn’t true either. The benefit of [making goods for domestic consumption] is that it’s easier to do. We don’t actually depend on other countries doing well because we control it ourselves.’

Haven’t we been down that route and failed? The government and numerous economists would argue high-value manufacturing has more realistic growth potential for Britain than volume mass production. ‘If I could choose, yes I’d rather make high-value goods. But there isn’t enough demand for it. And no one can give me an example of it. They all say we’ll innovate and make these pie-in-the-sky high-value goods. Yeah, what?’

Elliott grew up at a time when it was possible to buy most available goods from a British manufacturer and when the UK typically exported more than it imported – something we’ve not managed now for almost 20 years. Which perhaps goes some way to explaining why he is so vehement ­– unlike the modern politicians whose main worry is government spending – that the country’s number one problem is its trade deficit. He’s even started a campaign group, Stop Gap, to highlight the issue.

“The reason we’re in a financial crisis in the world is because of trade imbalances. So we’ve got to get rid of it.

‘We’ll be where Greece is in a few years’ time because we’re consuming more than we produce,’ he says. ‘[The trade deficit is] £27bn. That’s £400 per person. That’s not small beer… I mean where do we get this £27bn from to pay for the imports? We either print it, which is crazy, or we borrow it. The reason we’re in a financial crisis in the world is because of trade imbalances. So we’ve got to get rid of it.’

Although Elliott’s persona is that of a straight-talking, no-nonsense northerner, he’s full of apparent contradictions. He’s a self-made millionaire who has appeared in the Sunday Times Rich List but gave his company away to a foundation to ensure his workers never lose their jobs. His success comes from exporting clever new products but believes innovation is a distraction from the more pressing need to manufacture basic goods for British consumers.

He’s also a Eurosceptic who has railed against bureaucracy but ends up arguing for effective protectionism, state ownership (but not operation) of industry and dramatic restrictions on personal finance to enforce lower living standards until we pay our way. He complains of being hassled to take on more apprentices but thinks university is a waste of time and says it would be better for government to invest in factories to create jobs than pay for the dole. 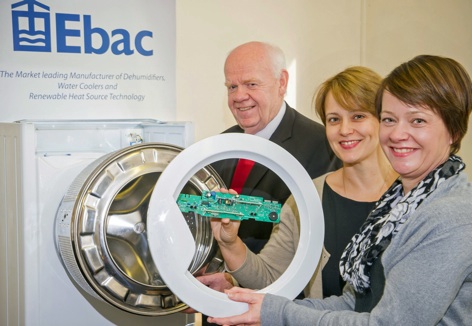 Yet however confusing and sometimes confused his arguments can be, some of his underlying points are hard to disagree with. The UK’s trade deficit isn’t really being addressed and the focus on high-value manufacturing has yet to have a real impact on rebalancing the economy. We don’t have real free markets when countries like China artificially inflate their currencies and subsidise their workers to keep costs low. Foreign investment isn’t free money and we’d benefit from more UK companies spending their cash piles.

And he freely admits his idea of limiting global trade by forbidding deficits would never happen. In light of that, what can the UK government do to improve things? ‘The £50bn we’re going to spend on High Speed Two, if that was invested in factories to make things that we consume, picking the high-value-added things first, that would get rid of our trade deficit.’ So he’d like a socialist economy? ‘It’s to compensate for the lack of a free market now, and everyone would benefit.’ But what would be the difference between that and creating apprenticeships that aren’t real jobs? ‘I’m not in favour of supporting lame ducks. You’ve got to have competition. What I’m saying is now there isn’t competition. There isn’t a level playing field. We cannot compete.’

There’s another problem with his proposal to revive low-value manufacturing in the UK. Elliott is taking the very noble step of making lower profits in order to create jobs here rather than in cheaper locations, something most businesses probably wouldn’t be so patriotic about. He’s not even interested in working out how much he could save by going abroad.‘I’m not going to do that. I don’t need to do it and it’s not right. Sometimes you’ve got to do things for the greater good. I don’t want to sound too high and mighty, here but sometimes … you’ve got to do what’s right rather than go for the last penny.’

He stresses that he’s still running a commercial business, not a charity. And automation will help keep costs down. ‘We’ve got a good strategy. We do sell consumer products already. We know how to make things and we understand this market so it isn’t a big step. But our strategy is to do something that is totally risk-free. We’re not trying to do something clever. We’ll make a bog-standard washing machine that’ll do a good day in, day out at a reasonable price.’

Still, his idealism is admirable. ‘I think you’re being too nice to me,’ he replies. ‘I think it’s common sense and it’s obvious we should be doing it.’ Modest and sticking defiantly to making a bog-standard product in the UK? It’s like he’s the anti-Dyson.

How easy does he find it to recruit? ‘Good people are very, very scarce,’ he says. ‘Our education system leaves a lot to be desired. We teach people lots of things they never need and don’t teach them what they do need. It’s amazing we spend £90bn on our education system and probably 80 per cent of it is wasted teaching people things they’ll never, ever use in their lives. Like how do you work out the volume of sphere? If you wanted to find that out it would take you two seconds on the internet.’ What does he think kids should be taught? ‘The only musts are to read and write and be able to add, subtract, multiply and divide. After that it should be life skills and have fun.’

Would he forgive me if I said he had quite an old-fashioned way of thinking? ‘More common sense I think. I think people just complicate things and then you get locked in debate rather than saying what’s the real thing. People just can’t see the wood for the trees.’

With such strident opinions, I wonder if Elliott has ever considered politics? He actually defeated John Prescott’s campaign for a north east regional assembly in 2004. ‘Party politics is the reason we underperform as a country,’ he says when I contact him via email a few weeks after our interview. ‘Think of the system that we use to pick our leaders and imagine doing the same for a business. It wouldn’t last very long. What was right 300 years ago is unlikely to be right for now but turkeys don’t vote for Christmas.’

Elliott’s probably too willing to speak his mind for politics anyway. And I’m not sure I’d want him to be head of the World Trade Organisation. But British manufacturing would probably be better off if a few more business owners were willing to follow his example of looking at the bigger picture.