Brain building, medical devices and ’terminators’ are all in a day’s work for the UK’s most divisive roboticist, Professor Kevin Warwick at Reading University

Staring into the cold, lifeless eyes of a robot that looks like it’s been sent back in time by a warlike race of intelligent machines is pretty unsettling. But how would you feel if that robot was controlled by a biological brain grown in a Petri dish instead of by a computer?

That question is being raised not in a dystopian science-fiction film but in a lab at Reading University by one of the most prominent, controversial and divisive figures in robotics, Prof Kevin Warwick.

Since 2007, the researcher — who once implanted an electronic chip in his arm so he could receive neural signals from a similar chip implanted in his wife — has been using cultures of rat brain cells to control a small, wheeled robot.

Connecting the cells to electrodes that transmit signals from ultrasonic sensors in the robot has shown how the culture begins to act like the brain of a living organism, learning how to take in information, make decisions and interact with its environment.

It’s a mind-boggling piece of research with unique challenges for an engineer, because technology doesn’t usually have moods. ’Sometimes you start swearing at it because it’s not doing what you want, but it’s got a mind of its own,’ said Warwick.

’And there are times, I’m sure, where it’s thinking: “I don’t want to do that. I’m thinking about something else.” In a way, you get more out of it if it’s not working well or it’s awkward, or it starts to be hesitant or aggressive.’

Despite the unfamiliar problems of biology, Warwick said his engineer’s real-world problem-solving approach puts him at an advantage. He certainly isn’t limited in ambition either. Not content experimenting with rat cells, he wants to see millions of ’human neurons with much richer sensory input walking around in the lab’ within four or five years.

This might be far off the 100 billion cells in an actual human brain, but he’s well aware of the ethical questions that his work will raise. In fact, they’re part of his reason for doing it.

’As engineers, we don’t have to put up with some of the crap that philosophers give us,’ he said. ’Is it alive? Is it a conscious being? Can it communicate? Does it have to think, as Wittgenstein put it, in words and language? I don’t believe it does. But there’s a whole school of philosophy that says it has to. You try telling this robot that it’s not thinking in the right way.’

His own moral views aren’t always clear. He seems ready to assign voting rights to a sufficiently large culture of cells, while justifying experiments on them on the basis that, unlike some, he doesn’t ’pump them full of chemicals’.

He said that he is constantly questioning whether what he’s doing is right and that he has decided not to pursue lines of research because they are too morally murky for him. For example, he has refused the pleas of concerned parents and offers of large sums of money to develop a tracking implant for children.

But this lack of moral certainty is reassuring; dogmatic dedication is far scarier than someone asking difficult questions. What he does seem sure of is that cyborgs will become a common part of our society. Does he really believe the public would ever accept the case for growing a human brain to place inside a robot?

It’s all down to marketing, he said. ’The military calls something a drone and it suddenly makes it seem harmless. Those things are extremely dangerous weapon systems, choosing their own targets and killing humans, and we accept it as a society. So I think going along the same sort of marketing strategy could push it.’

Asked when he foresaw this robotic future coming about, he gave a somewhat evasive answer — and not for the first time — about the risks of believing that artificial intelligence could remain programmable and under control. ’I think the dangers of the Terminator scenario are real — there’s no question about that,’ he warned.

When pushed, he admitted that the same issues apply to robots controlled by biological brains, especially if they were to have many times more neurons than our own, but said that that’s why he tries to be open about everything he does.

His reluctance to give a timeframe for his predictions might be down to his long experience with the media. Warwick has been criticised not just for his work and his methods — including claims that watching daytime TV could temporarily boost your IQ — but for his tendency to actively attract media attention with provocative projects and ideas.

He didn’t just create a robotic head; he made it look like the Terminator. He didn’t just implant a chip in his arm; he talked about a future where humans and robots were virtually indistinguishable. How much of what he does is about getting a reaction from people?

’It’s not as important but it is a factor,’ he admitted. ’I’ve been inspired by a number of people, Michael Faraday being one of them, to get out there, talk to people and try to educate. Saying something that is a little bit confrontational to make people think about things is an important way to get them arguing in the pub about it. If The Times or The Telegraph reports on what we’re doing, that’s fine. But if The Sun or The Mirror reports on it, that’s brilliant.’

Has his work provoked any personal negative response? ’Almost zero,’ he said, suggesting that knee-jerk reactions have been more likely to come from academic opponents than strongly religious people. ’I’ve had far more support for the work we’re doing because of the effect it can have on humanity, both from the point of view of therapy and the potential for enhancement.’

And this is where we get to what is perhaps Warwick’s strongest moral motivation for his research: the potential to treat mental and physical conditions, not with what he sees as inaccurate and side-effect-ridden chemicals but with electrical engineering.

He’s already helped create a neural stimulator to help stop tremors from Parkinson’s disease but imagines electronics could some day treat schizophrenia or even headaches. ’The big advantage of electrical stimulation is that it can be very specific. As engineers we can engineer the human body and engineer medicine. I see it as a very exciting field in the next 100 years.’ 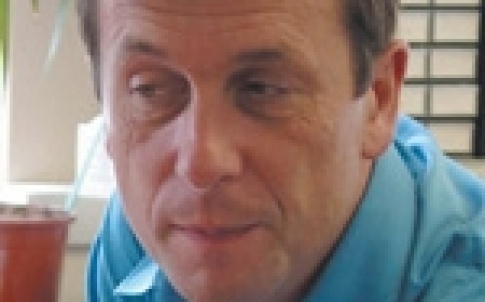 1976 BEng in electrical and electronic engineering from Aston University

1998 Had an RFID chip implanted in his own arm

Do you feel commercial pressures to monetise your research?

There are commercial pressures, like with the tracking implant. I love what I do, but money is not a driver. As long as we have enough to get by, that’s fine. I admire small to medium companies; it’s such a difficult job making them successful. I wouldn’t want that sort of pressure. What I love doing is research, opening the box and seeing what’s there.

What’s your view of the UK’s robotics industry?

I think often the robotics industry in this country gets knocked but it’s one of the best in the world. In terms of toy robots, I can’t see anyone coming anywhere near to the UK. They get manufactured in China but in terms of design, inventiveness, we’re the world leaders, no question about that.

Do you feel frustrated by the limits of the human body?

Yes, very much so. My human limitations even stop me from appreciating the possibilities that could exist. For example, linking my brain to a computer could give me the possibility of understanding things in more dimensions. Actually conceiving of that because I am human is a problem, but our brains are incredibly adaptive. Enhancement opens up a lot of opportunities, so you can start taking on new sensor input and getting your brain to do all sorts, communicating in new ways.

What’s the most important thing you’ve learnt since the implants?

I think that there is so much more that could be done for people who are paralysed as well as for people with neurological problems that is not being done at the present time, where there is a potential commercial opportunity. So there’s a certain amount of frustration that there’s not more pushed into that sector.