Earlier this week the British Airline Pilots Association (Balpa) called for an investigation into the consequences of a drone colliding with a civilian aircraft. Concerns over such an incident come on the back of 23 near-misses in the UK during a six-month period last year, 12 of which were given an ‘A’ class rating where there was judged to be "a serious risk of collision".

Of particular concern is the possibility of a UAV getting sucked into a jet engine, as well as the potential for their lithium batteries to catch fire on impact. In light of this, The Engineer spoke to Ian Horsfall, head of Cranfield University’s Impact and Armour Group, about the likely results of a collision.

The widespread assumption is that a drone strike on an engine would be significantly worse than a bird strike, which themselves can be a considerable danger. According to Horsfall however, that assumption does not necessarily hold true.

“The controlling factor is how big a drone it is,” he said. “If it’s a small drone then it’s unlikely to be any worse than the equivalent size bird.”

“I think the standard test for aero engines is typically a 4lb/2kg bird or bird simulator. From an engine point of view, there’s no reason why a drone would be any worse than a bird of equivalent mass. We know for instance that jet engines can take goose impacts, which are getting up towards 10kg. And although it’ll definitely take the engine out, it won’t necessarily result in anything more serious than that.” 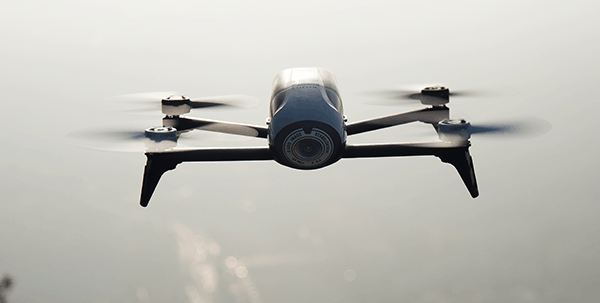 While losing an engine is far from ideal, planes can usually survive when it happens and pilots are well-trained in how to react. What’s more worrying is if the damage is not contained to the engine and other parts of the aircraft are compromised. Instinctively, one assumes that a UAV made of metal and plastic has the potential to cause more damage than a bird made of flesh. But according to Horsfall this is something of a red herring, and the size of the object is much more important than the material.

“The engines are built to contain an ejection of a fan blade usually, which is a fairly heavy lump of material,” he explained.

What’s more, the lithium batteries that power the majority of drones are not quite the threat that many people believe, at least in terms of their potential to cause additional engine damage.

“One of our students is doing some work looking at what would happen if (a drone) was ingested into an engine, particularly from the point of view of the battery,” said Horsfall. “The battery is the largest mass in a multi-copter, although it’s not necessarily very hard, but of course has the potential to burst into flames as well.”

Horsfall’s team performed some trials where they simulated a battery hitting a fan blade, and found that nothing happened instantaneously as some would predict. Instead, it takes “a few seconds or tens of seconds” for the battery or its remnants to catch fire, but that fire is then persistent.

“What that actually means is that if you get it ingested into the engine, it’s probably not something you need to worry about because it will get chopped up into little pieces and thrown out the back of the engine long before anything more energetic happens to it,” he explained.

“But were it to hit the radome or the leading edge…you’ve potentially got a fire source in there now as well. If you look at the picture from bird strikes, it’s not unusual for the bird to end up embedded in the aircraft, particularly if it hits the softer areas like the radome. So there is potentially a fire risk from a UAV on top of the impact risk, and it may well be that rather than worrying about them getting sucked into an engine and the consequences of that, what we need to worry about is the consequences of them hitting elsewhere on the airframe.”

The majority of the incidents leading to Balpa’s call to arms are attributed to drone hobbyists and amateurs, oblivious to potential dangers and reckless in their operation. For the most part, these drones are small and lightweight, and pose a very real but limited threat right now. In the future, however, UAVs are likely to grow in size and number, and the danger to civilian aircraft will increase accordingly. Acting now is key to minimising that risk, according to Horsfall.