Operating truck engines on a blend of biodiesel and ordinary diesel fuel dramatically reduces the emission of particulate matter, or soot. However, the most modern and efficient diesel engines burning biodiesel emit up to 40 per cent more nitrogen oxides at some operating conditions, and fuel economy declines by as much as 20 per cent.

Unlike conventional diesel, biodiesel contains oxygen, and the researchers have shown that this presence of oxygen is responsible for the majority of the higher emission of nitrogen oxides, said Gregory Shaver, an assistant professor of mechanical engineering.

Another key factor is a recent innovation called exhaust gas recirculation, which reroutes exhaust back into the engine cylinders to reduce emissions. The researchers found that nitrogen oxide emissions rise by a higher percentage in engines equipped with this exhaust-recirculation technology compared with older engines that do not. However, the newer engines still emit less nitrogen oxides than the older ones.

The closed-loop control system uses models to self-adjust engine settings based on feedback from sensors. Software algorithms use data from the sensors to determine the fuel blend being combusted. If the fuel is changed, the system identifies the new fuel and makes critical adjustments to fuel-injection timing, the air-to-fuel ratio and how much exhaust is rerouted into the cylinders.

‘You need to be able to estimate what the blend ratio is so you know what’s going on in the engine,’ said Shaver. ‘Then we can do something to reduce the nitrogen oxides to levels consistent with a conventional fuel that didn’t have oxygen in it.’

Most late-model cars and trucks are already equipped with both oxygen sensors in their exhaust systems and sophisticated electronic control modules, making the technique applicable for both current and future vehicles, according to Shaver.

‘We were able to improve the fuel economy with a biodiesel blend while reducing nitrogen oxides to where they were with conventional diesel,’ he added. ‘At the same time, we were able to maintain the customary biodiesel reductions in particulate matter emissions compared to ordinary diesel fuel while not increasing noise emissions.’

Fuel economy is still problematic, however, because biodiesel has 10 per cent to 12 per cent lower ‘energy density’, or the amount of energy liberated during combustion, compared to regular diesel fuel, said Shaver.

‘This means you get lower mileage for biodiesel compared to ordinary diesel fuel,’ he added. ‘We improved the combustion efficiency and were able to get better mileage than before, but still not as good as conventional diesel fuel.’

The researchers extensively tested and simulated four blend ratios of biodiesel, focusing on soy-based fuel, which is the most commonly used biodiesel in the US. The approach also could be used for other types of fuels and engines, including advanced lean-burn gasoline engines running on ethanol-gasoline blends.

Purdue has filed one full patent and one provisional patent related to the technique. 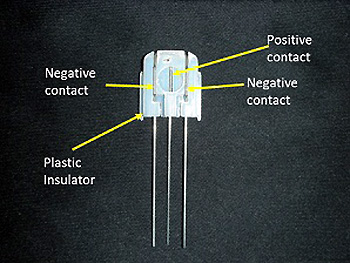