First ever hydrogen from tidal power produced in Orkney

The European Marine Energy Centre (EMEC) has produced the world’s first ever tidal-powered hydrogen, using an electrolyser at its test facility in Orkney, Scotland. 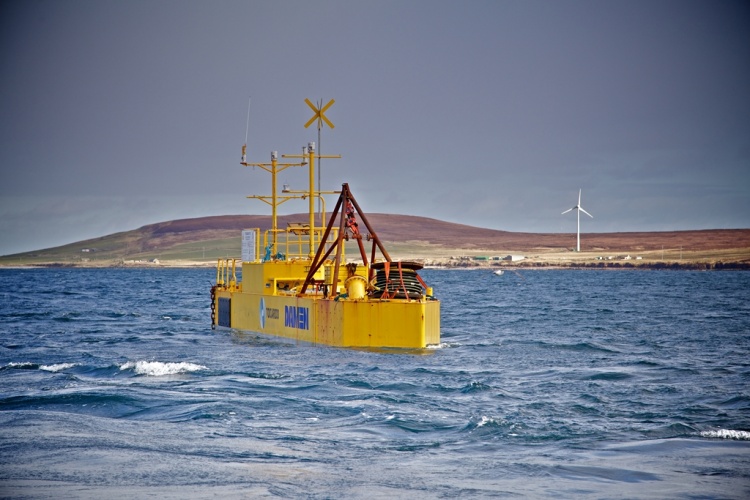 Using prototype tidal energy converters, the ITM Power electrolyser is able to split water into its constituent components of hydrogen and oxygen. According to EMEC, the 0.5MW ‘polymer electrolyte membrane’ (PEM) device is capable of producing up to 220kg of hydrogen gas (H2) every 24 hours, with the system also containing storage for up to 500kg.

“Whilst the initial driver behind buying an electrolyser was to provide a storage solution to circumvent local grid constraints, the purchase has sparked off other pioneering projects around Orkney looking to use hydrogen in various means,” said Neil Kermode, managing director of EMEC. “So we’re now looking towards the development of a hydrogen economy in Orkney.” 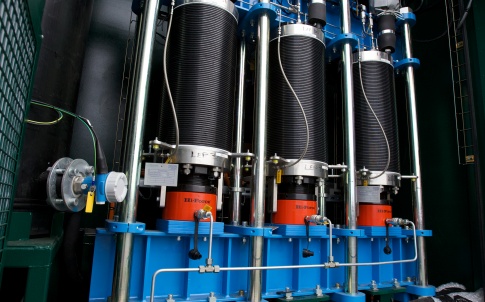 “One of the most promising uses of hydrogen is as a fuel for transport as it emits no carbon when it is consumed and, providing it’s generated by clean renewable energy sources, it becomes a carbon neutral fuel source. Therefore, we could see green hydrogen, over time, replace polluting fuels in our cars, vans and ferries. 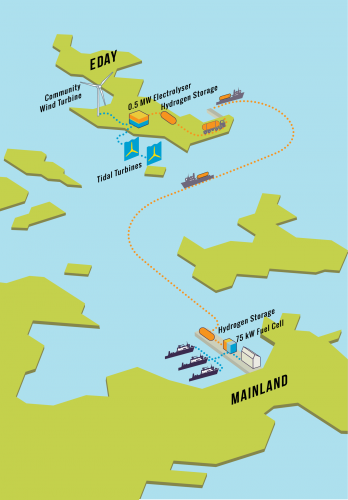 One venture set to benefit is the Surf ’n’ Turf project. This will see hydrogen generated by the electrolyser and a nearby wind turbine powering a fuel cell on the Kirkwall pier, providing auxiliary power to moored ferries overnight. There are also plans to eventually use the green hydrogen as a direct fuel source, powering the inter-island ferries. Surf ’n’ Turf is being led by Community Energy Scotland in partnership with Orkney Islands Council, EMEC, Eday Renewable Energy and ITM Power.

"As Orkney's communities and businesses pull together to establish the foundations of a local hydrogen network, it's fantastic to see this achievement,” said Mark Hull, Community Energy Scotland's head of innovation.

“Getting the most out of the islands' renewable resources is the driving force behind the Surf 'n' Turf project of which this electrolyser is a key part. So it's full speed ahead now to get the rest of the network ready."

EMEC goes with the flow in tidal battery first