Ryan Yasin has been named the 2017 UK James Dyson Award winner, recognised for his Petit Pli kids’ clothing that stretches as children grow. 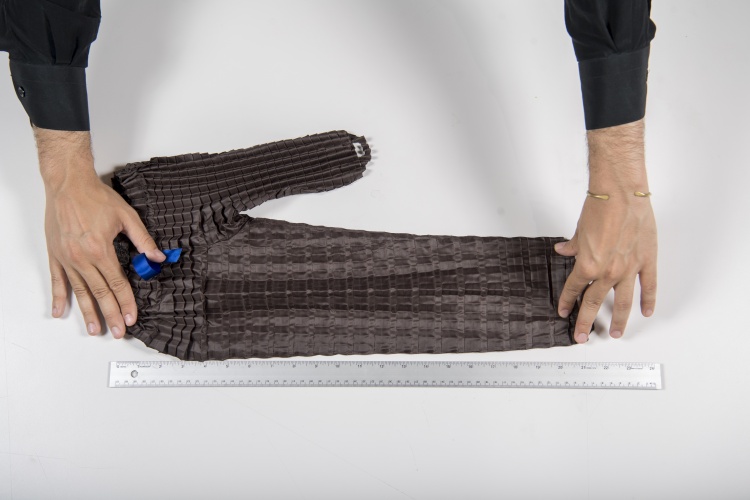 On average, parents spend over £2,000 on clothing before a child turns three, with children often growing seven sizes in their first two years. Recognising the problem, and seeing it first-hand with his two-year-old nephew, Ryan decided to put some engineering principles to work.

The stretchy clothing works by employing the Negative Poisson’s ratio, which Ryan first encountered when studying aeronautical engineering at Imperial College London. When stretched, materials that have this ratio – known as auxetics - become thicker perpendicular to the applied force. The phenomenon is also applied in stents and biomedical implants. 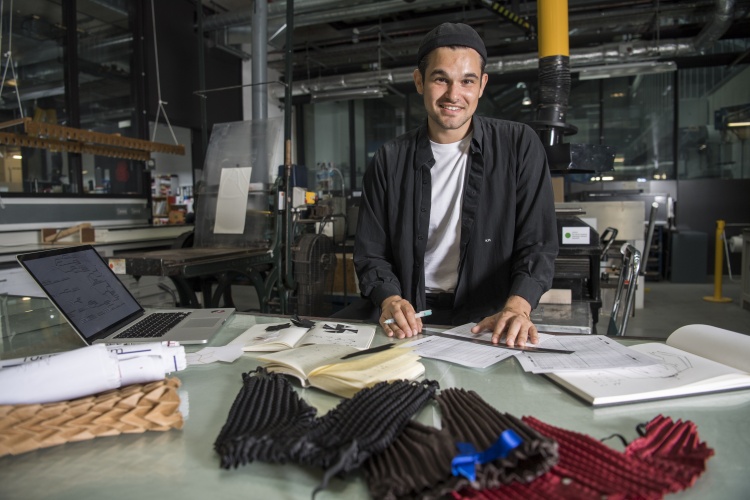 Having recently graduated from the Royal College of Art, Ryan was able to combine his engineering knowledge with an eye for design, creating garments that can expand to fit children from six to 36 months. The Petit Pli clothing uses pleating to capture the auxetic properties. These pleats deform in both directions, either folding together or expanding, and allowing the garment to move with the child, and expand as children grow. Heat treatment has fixed these properties permanently in place, even through the wash cycle, and they are designed to be durable.

The clothing also features a hydrophobic coating that makes the garments waterproof, and the folds in the outerwear point down to allow rain to easily run off. What’s more, all the materials are fully recyclable, in keeping with the clothing’s environmental mission. 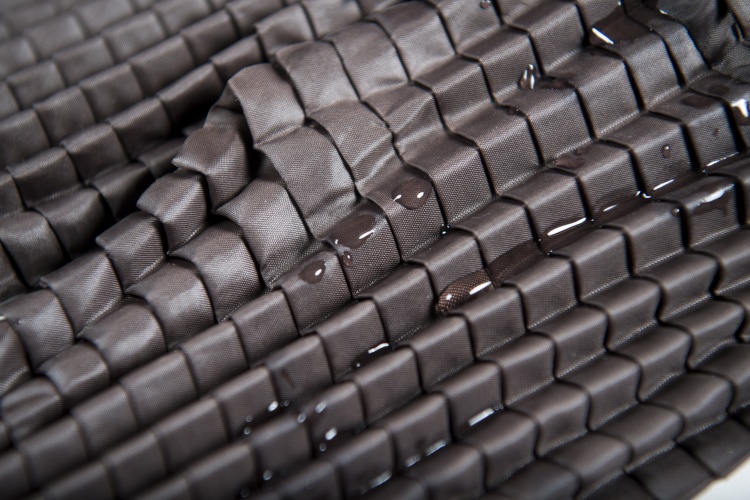 “It’s an honour to have won the UK James Dyson Award, it’s just great to have that backing and recognition of my solution,” said Ryan.

“The prize money is an added bonus, but I know how I will use it. In addition to supporting my R&D, it will help me form an interdisciplinary team of experts to take Petit Pli to the next level: putting it in the hands of parents worldwide, and making a tangible difference to the way we consume resources in the fashion industry.”

Ryan will receive £2,000 for taking the UK Dyson prize, and will go on to compete for the international award, where £30,000 is up for grabs.