MIT researchers have designed a mobile system that can 3D print the basic structure of an entire building. 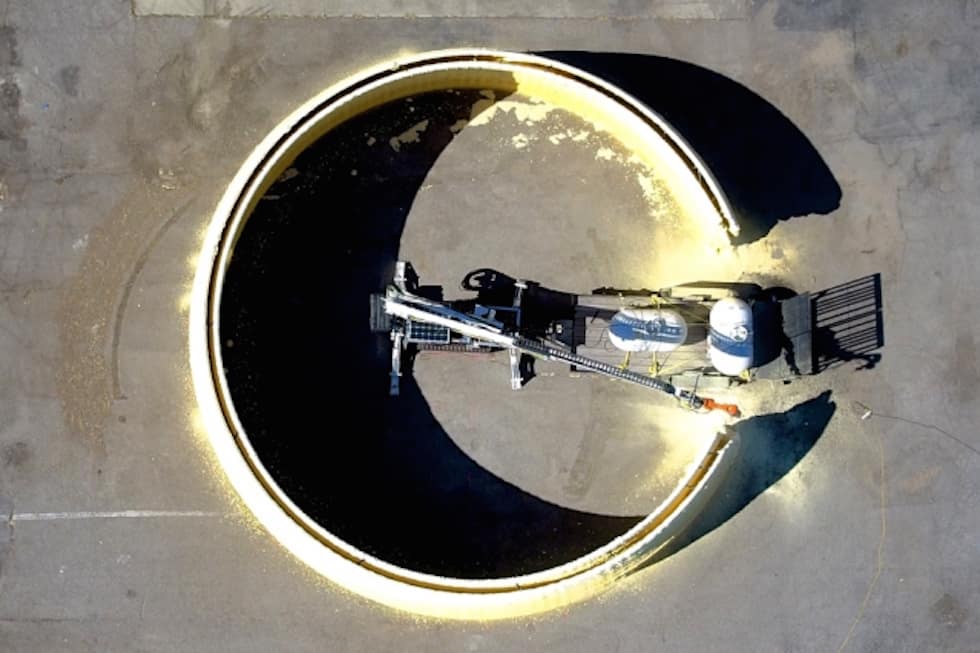 Structures built with this system could be produced faster and less expensively than traditional construction methods allow, the researchers said.

The robotic system is described in Science Robotics, in a paper by Steven Keating PhD '16, a mechanical engineering graduate and former research affiliate in the Mediated Matter group at the MIT Media Lab; Julian Leland and Levi Cai, both research assistants in the Mediated Matter group; and Neri Oxman, group director and associate professor of media arts and sciences.

The system consists of a tracked vehicle that carries a large, industrial robotic arm, which has a smaller, precision-motion robotic arm at its end. This arm can then be used to direct any conventional (or unconventional) construction nozzle, such as those used for pouring concrete or spraying insulation material, plus digital fabrication end effectors, such as a milling head.

This free-moving system can construct an object of any size and as a proof of concept, the researchers used a prototype to build the basic structure of the walls of a 50-foot-diameter, 12-foot-high dome, which was completed in under 14 hours of "printing" time.

For these initial tests, the system fabricated the foam-insulation framework used to form a finished concrete structure. Following this approach for their initial work, the researchers showed that the system can be adapted to existing building sites and equipment and that it will fit existing building codes without requiring whole new evaluations.

The idea is that such self-sufficient systems could be deployed to remote regions around the world, to areas impacted by disaster, or beyond Earth to construct buildings on the Moon and Mars.

The system allows buildings to be customised; internal structures could be modified in new ways; different materials could be incorporated as the process goes along, and material density could be varied to provide optimum combinations of strength, insulation, or other properties.

Ultimately, the researchers said, this approach could enable the design and construction of new kinds of buildings that would not be feasible with traditional building methods.