Amazon CEO Jeff Bezos has given the thumbs-up to a new haptic telerobotic system that he trialled at his company’s re:Mars event. 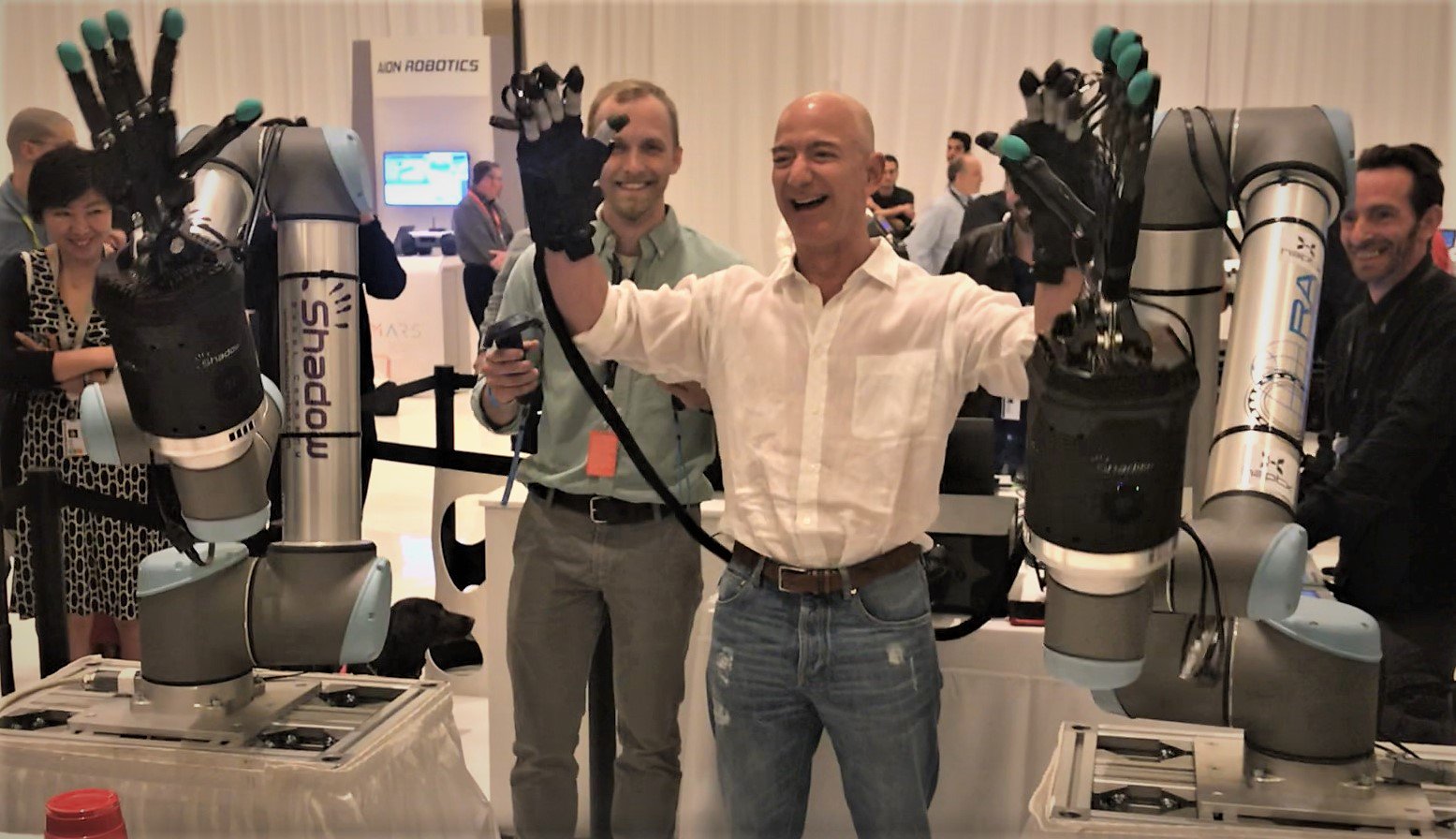 The advanced platform allows the user to control robotic hands using gloves that provide realistic tactile feedback. It was developed by an international team of scientists and engineers from the Shadow Robot Company, SynTouch, HaptX, and the Japanese parent company of All Nippon Airways, ANA Holdings. Recently, that team conducted a test where a user in California wearing the gloves manipulated a range of objects in London via the robotic hands.

At the re:Mars event in Las Vegas, Bezos used the gloves system to stack plastic cups a few feet away, as well as play with a small ball and stack rings in a puzzle. “That is really impressive,” he said upon finishing the demo. “The tactile feedback is really tremendous.”

Amazon’s re:MARS Tech Showcase was the first time the system had been tested outside of a lab environment. While still in the early stages of development, there are numerous potential applications for the telerobotic platform, including bomb disposal, deep- sea engineering, clean room manufacturing and even off-world exploration.

We are only beginning to scratch the surface of what is possible with these advanced Avatar systems and through telerobotics in general,” said Kevin Kajitani, co-director of ANA Holdings’ Avatar Division.

“In addition to sponsoring the $10m ANA Avatar XPRIZE, we’ve approached our three partner companies to seek solutions that will allow us to develop a high performance, intuitive, general-purpose Avatar hand. We believe that this technology will be key in helping humanity connect across vast distances.”

Another significant market opportunity is nuclear decommissioning, with the company already in talks with the UK government about helping to tackle its legacy nuclear waste.

“Our remotely controlled system can help transform work within risky environments such as nuclear decommissioning and we’re already in talks with the UK nuclear establishment regarding the application of this advanced technology,” said Rich Walker, managing director of the Shadow Robot Company.

“It adds a layer of safety between the worker and the radiation zone as well as increasing precision and accuracy within glovebox-related tasks.”

Lightweight haptic glove gets to grips with virtual touch