As Virgin Galactic achieves new altitude and speed records, will space tourism development be of any benefit to exploration and science? 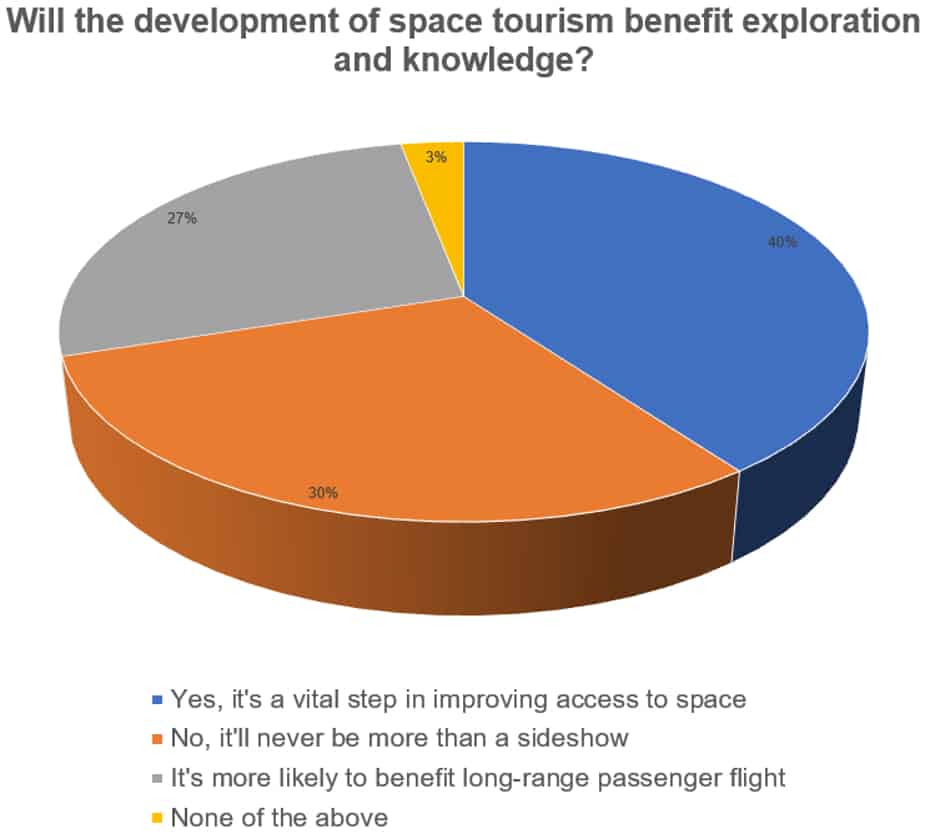 The commercialisation of space is taking different forms and one of the ways to keep costs down is to develop reusable platforms, be they for delivering satellites or tourists into sub-orbital space.

Whilst not alone in wanting to take fee-paying passengers into space, Virgin Galactic appears to be edging closer to this ambition with mothership VSS Unity reaching an altitude of 295,007ft (89,918 m) and a speed of Mach 3.04 (2,255 mph) during recent test flights.

As reported by The Engineer on February 25, 2019, the reusable spaceplane was launched from the Mojave Spaceport in California aboard the company’s giant composite carrier aircraft WhiteKnightTwo. It was released from the carrier craft at an altitude of 44,000 feet (13,411 metres) before being catapulted 55 miles above the Earth by VSS Unity’s hybrid rocket engine.

Blue Origin has designs on taking tourists into space aboard New Shepard but is leveraging its reusable launch vehicle for delivering commercial payloads. Similarly, Elon Musk’s SpaceX is focused on satellite launch and resupplying the International Space Station, prompting us to ask whether space tourism will help the development of space exploration.

According to 40 per cent of last week’s poll respondents, efforts into space tourism will provide a vital step in improving access to space, followed by 30 per cent who agreed that it's nothing more than a sideshow. Of the remaining 30 per cent, just over a quarter (27 per cent) thought that space tourism platforms would more likely benefit long-range passenger flight, and three per cent who couldn’t find a fit and opted for 'none of the above'.

In the comments that followed, Barry Jerome said: "When Alcock and Brown flew across the Atlantic for the first time 100 years ago no one knew how air travel would develop. Initially air travel was for the rich but now with low-cost airlines it provides transport for everyone."

Clive Davis added: "It would be good to know how much energy is expended per tourist. If it was far more than say, a transatlantic flight, then we would have to ask whether this was a good use of precious resources."

"Sir Richard's endeavours may be for financial gain but in doing so we all learn and benefit from what they have done and those achievements also give solutions which help move forward in many other avenues," said Les Dunn. "Elon Musk’s endeavours will give some solutions and so will Sir Richard’s endeavours so it is on a par for both and others in the space race will also benefit us all."

The debate is still alive and we welcome your comments below, but remind contributors to familiarise themselves with our guidelines for content of comments before submitting.