Researchers from Rice University have used magnetic nanoparticles to separate the last drops of oil from the production water that results from hydrocarbon extraction. 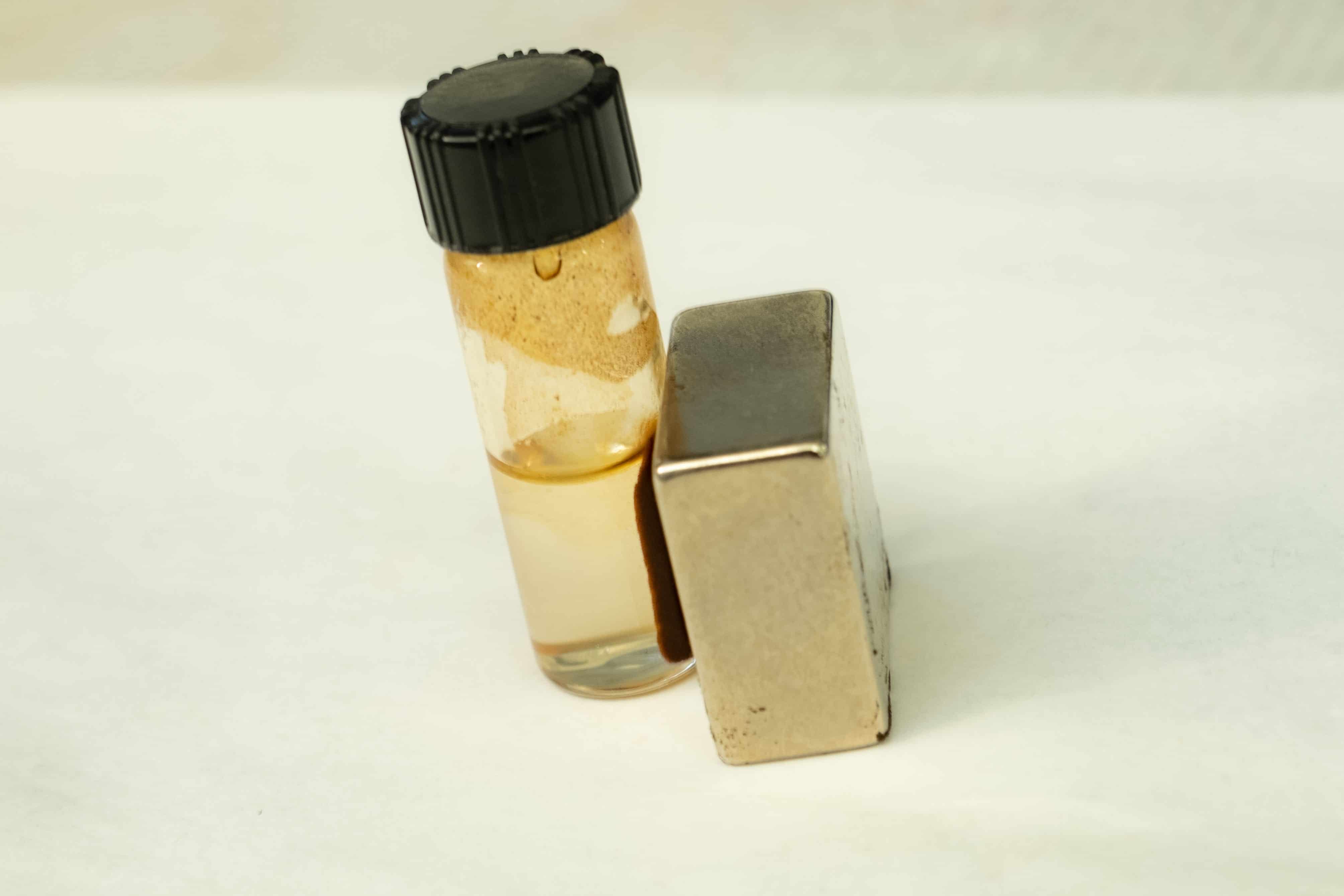 Oil production can be water-intensive, especially when fracking is used to force the oil to the surface. Under pressure, and with the additional presence of soapy surfactants that can lower the surface tension of chemicals, oil and water mix to form an emulsion. Though techniques exist to separate most of the oil from this ‘produced water’, the last five per cent tends to be particularly stubborn and virtually impossible to recover. Now, however, the Rice team claims it can reliably remove over 99 per cent of emulsified oil using a magnetic particle solution that binds to the oil.

“Injected chemicals and natural surfactants in crude oil can oftentimes chemically stabilise the oil-water interface, leading to small droplets of oil in water which are challenging to break up,” said Sibani Lisa Biswal, an associate professor of chemical and biomolecular engineering and of materials science and nanoengineering at Rice.

The enhanced nanoparticles were tested on emulsions made in the lab with model oil as well as crude oil. In both cases, researchers simply added nanoparticles into the emulsions, which they shook by hand and machine to break the oil-water bonds and create oil-nanoparticle bonds in their place. Some of the oil floated to the top, while placing the test tube on a magnet pulled the infused nanotubes to the bottom, leaving clear water in between. The work is published in Environmental Science: Water Research & Technology

“It’s often hard to design nanoparticles that don’t simply aggregate in the high salinities that are typically found in reservoir fluids, but these are quite stable in the produced water,” Biswal said.

According to the Rice team, the magnetic nanoparticles can be washed with a solvent and reused, while the oil can be recovered. Biswal’s lab is currently designing a flow-through reactor to process produced water at scale and automatically recycle the nanoparticles. If successful, the device could be used for sites like offshore rigs, where treated water could be returned to the ocean.