Petrol-electric hybrid aircraft is first to charge in flight

A hybrid power aircraft has been successfully tested in the UK in an important step towards cleaner low-carbon air travel.

The aircraft, developed by researchers from Cambridge University with funding support from Boeing, is powered by a parallel hybrid-electric propulsion system where an electric motor and petrol engine work together to drive the propeller.

It uses up to 30 per cent less fuel than a comparable plane with a petrol-only engine, and is also able to recharge its batteries in flight, the first time this has been achieved.

Until recently, although such hybrid systems were suitable for cars, the technology could not be transferred into the aviation sector as the batteries required were too heavy and had insufficient capacity. However, the development of improved lithium-polymer batteries has made hybrid planes a possibility.

The current demonstrator is a commercially available single-seat aircraft, which uses a combination of a four-stroke piston engine and an electric motor and generator coupled through the same drive pulley to spin the propeller.

During take off and climb, when maximum power is required, the engine and motor work together to power the plane. Once cruising height is reached, the electric motor can be switched into generator mode to recharge the batteries or used in motor assist mode to minimise fuel consumption.

A power electronics module designed and built by the Cambridge team controls the electrical current to and from the batteries - a set of 16 large lithium-polymer cells located in special compartments built into the wings. 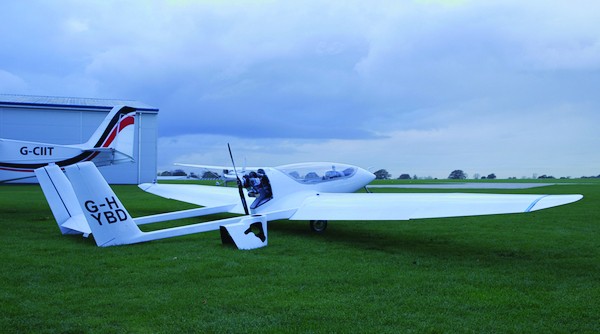 Although development of such as system for airliners is some way off, the technology has other uses.

’We are looking at downscaling the hybrid system for UAVs which, aside from any military uses, would be applicable to surveying and search and rescue applications where endurance is important,’ said Dr Paul Robertson of Cambridge’s department of engineering, who led the project. ‘Also, we are looking to upscale to larger aircraft in our simulation work to see what benefits the technology might offer - although airliner scale systems are still some decades away yet.’

The team is now conducting more test flights to optimise the system for best performance and fuel economy.

Hydrogen in the air: electric aircraft