The jet engine is one of the primary modern inventions that has propelled the development of the global economy to its current state. It has not only changed the way people travel for leisure, but it has had a profound effect on the manner in which business is conducted around the world. Trade, made easier through jet powered travel and freight operations, has increased opportunities for exports and imports, with merchants from all corners of the world coming together to bring their innovations to different continents. Unlike the traders of old such as those of the East India Company in the 19th Century, who braved the seas and months of travel to bring exotic goods to their homelands, nowadays bringing new and exciting products to new markets happens within hours. 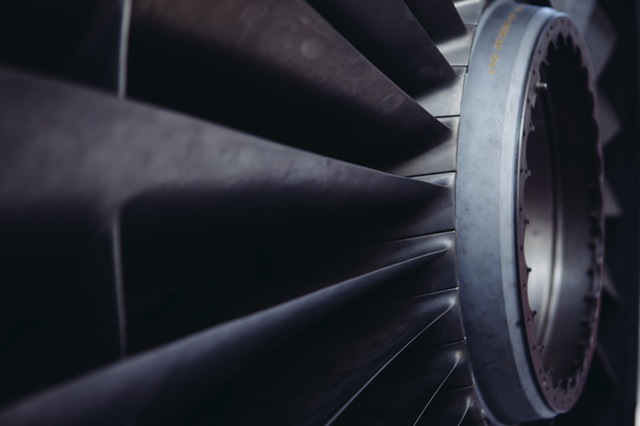 During 1950s-60s air travel was glamourised and seen as the most luxurious way to travel. Today, traveling via jet comes as naturally as traveling by train, whether you’re flying commercial or by private jet hire. Millions jet off on exotic holidays, while on the opposite end of the spectrum humanitarian organisations and governments can quickly provide relief and support to those in need.

The Jet engine is an iconic piece of machinery which we take for granted and not many people understand how it works. Air Charter Service recently asked author Guy Ellis, to help us explain the principles of how a jet engine works.

“Fun at any age is to inflate a balloon and then release it to make it perform a crazy uncontrolled flight. As we all know, it moves in the opposite direction to the outflow of air, which is an example of thrust in its rawest form.

A jet engine operates on a similar principle. Air flows through the engine via the intake at the front, is compressed and then forced into combustion chambers, where fuel is injected and the resulting mixture ignited. The gases formed expand and are then released from the rear of the combustion chamber. This backward movement of heated-expanded air exerts an equal and opposite force in propelling the aircraft forward – known as ‘thrust’. As the gases are expelled, they pass through the turbine, a set of fan-like blades rotating a shaft that, in its turn, rotates the compressor, which, again, brings in a new supply of air.

“The first gas-turbine engine was patented and built by John Barber of Nottingham in 1792. This was a chain-driven engine with a compressor, combustion chamber and turbine, powered by wood, coal and other inflammable substances. However, the heat-resistant materials necessary to generate enough power to compress the air and gases, and to have sufficient power to effectively drive the chain and any attached devices, were simply not available. These same limitations meant that Frenchman Maxime Guillaume was unable to build his multi-stage axial-flow turbojet, patented in May 1921. By 1926 Frank Whittle had developed his theory of using gas turbines to power aircraft at speeds and altitudes that could not be achieved by piston engines. He patented his idea for a centrifugal compressor-driven turbojet engine in 1930.”

“Jet engines today, are lighter, have fewer moving parts, provide greater power and are more fuel efficient than piston engines. The Supermarine Spitfire had on average a top speed of 367 mph; the first British jet, the Gloster E28/39, produced 850 lbs of forward thrust and a top speed of 466 mph, whereas the Concorde could provide 38 050 lbs of thrust per engine with a top speed of 1 334 mph.”

Developments in jet power technology have seen most modern airliners “equipped with turbofan engines where a very large fan at the front sucks in air, but most of that air flows around the engine rather than through the compressor, pushing additional air out of the rear of the engine without increasing fuel consumption, with the added advantage of quieter engines.”

To read the original article you can visit the Air Charter Service news blog or follow them on twitter @ACS_AIRCHARTER for regular updates on all things air travel and aviation related. Learn more about what they do here.

**Special thanks to the key contributor Guy Ellis for making the production of this content possible.