A fleet of seven aquatic robots has set sail off southwest England to collect scientific data about ocean processes and marine life.

The vehicles are aiming to travel up to 300 miles over the next 20 days in what has been described as the most ambitious project of its kind in Europe.

Co-ordinated by the National Oceanography Centre (NOC), the exercise includes battery-powered submarine gliders and surface vehicles powered by wind, wave and solar energy. All of the vehicles are unmanned and communication with the fleet will take place via satellite.

According to NOC, the vehicles will cross a series of physical boundaries in the ocean during their three-week journey. These boundaries – or fronts - separate water masses of different properties with targeted fronts off southwest UK providing suitable conditions for plankton growth, which in turn can attract large numbers of fish, seabirds, dolphins and basking sharks. 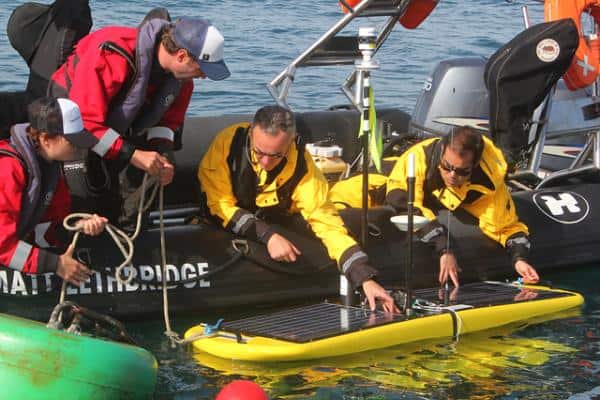 The deployed vehicles are carrying a range of instruments for observing these animals. As well as measuring the temperature of the water and the weather conditions at the ocean surface, they can detect the density of plankton in the water; listen for clicks and whistles of dolphins and porpoises, and image seabirds using surface cameras. These data will help scientists map the distribution of the fronts and their associated fauna.

NOC’s Dr Russell Wynn is scientific co-ordinator of the exercise, while Dr Maaten Furlong is responsible for managing a number of the vehicles.

In a statement, Dr Wynn said: “Nothing on this scale has been attempted before. The range of vehicles and instruments being deployed at the same time is unique, and they will generate vast amounts of valuable scientific data.

‘One advantage of using robotic vehicles is that they are relatively small and quiet compared to research ships, so they are ideal for making observations of marine life. This new technology is really transforming our ability to measure and monitor the ocean.’

Dr Maaten Furlong said: ‘Each vehicle travels at a different speed and depth, has its own range of sensors, and requires its own pilot to keep watch on its position and activity. Co-ordinating this fleet to achieve the science objected is a challenging task, and will teach us a lot about running this sort of operation. Understanding how to run this type of campaign is essential as our aim in the long term is to routinely deploy fleets of robots to tackle ocean research problems.”

The exercise has brought together partners that include scientists and engineers from research institutes and universities, commercial companies, government agencies, plus the UK Met Office and Royal Navy.

A control centre has been set up for the duration of the project at the National Oceanography Centre in Southampton, although some of the vehicles will be operated by project partners from as far afield as California. 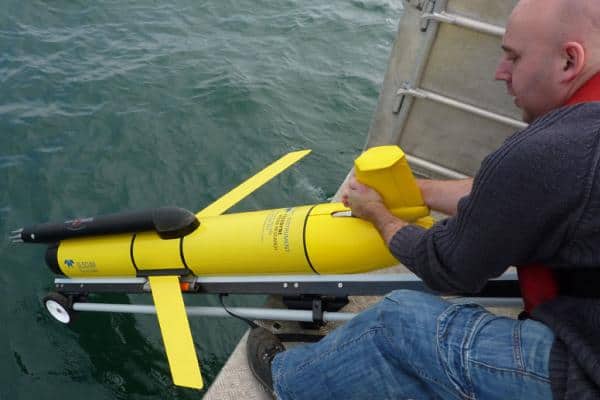 At the end of the first deployment most of the vehicles will be recovered at an offshore location using the research vessel RV Cefas Endeavour. Two of the vehicles will then be deployed off Plymouth in an attempt to track fish carrying acoustic tags. These fish are captured, tagged and released by scientists at the Marine Biological Association, who are hoping to better understand how fish use different seafloor habitats, including those within Marine Protected Areas.

NOC has been working with two UK companies, MOST and ASV, to design and build two of the robotic surface vehicles that harvest energy from their environment. The MOST vehicle ‘Autonaut’ uses wave and solar power, while ASV vehicle ‘C-Enduro’ uses wind and solar power. Both have a conventional back-up power source.

The progress of the vehicles and the project can be followed here.

The changing demands of the offshore energy sector are driving the uptake of unmanned submarines. Click here to read more.