Scottish marine energy start-up Mocean Energy has secured £850k of investment to accelerate the commercialisation of its wave energy technology. 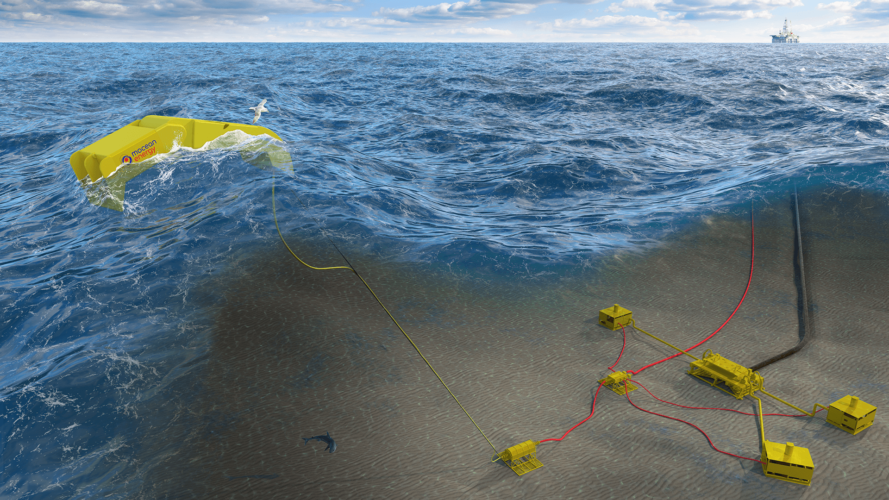 The Edinburgh firm has raised £612,000 equity seed funding plus £250,000 from Innovate UK to advance the design of its Blue Star wave machine, which is being developed to provide renewable energy for subsea systems such as the ROVS and autonomous underwater vehicles that are used widely in the offshore sector.

The technology is based on a hinged raft concept, in which the flexing movement of two hulls – connected by a hinge and moored to the seabed – is used to drive an internal generator. Whilst similar concepts have been explored before – perhaps most notably the now defunct Pelamis wave energy converter previously covered by The Engineer – Mocean claims that the shape of the hulls used in its system distinguishes it from other technology.

According to information on the company’s website, the sloped channels on the front and rear of the hulls increase wave forces and change the body dynamics so that the machine responses resonantly over a broad spectrum of waves, whilst diving through steep waves to reduce unwanted loads. 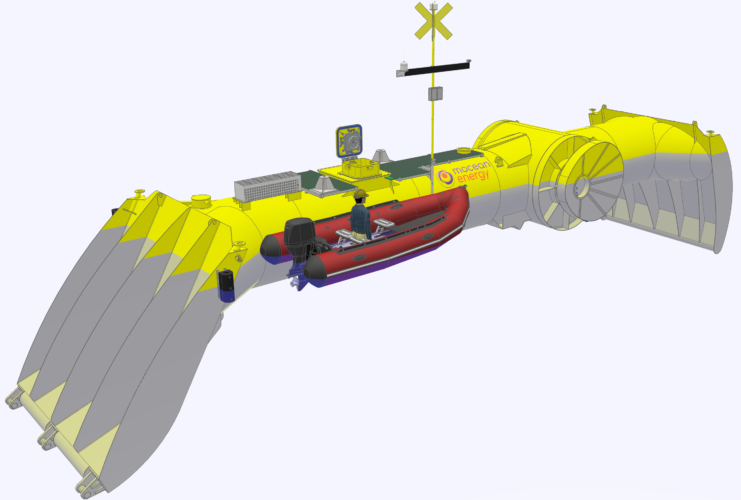 “Blue Star has been created from first principles to operate autonomously in remote locations and deliver green energy for a range of applications – including scientific ocean monitoring, aquaculture, oil and gas, and delivering energy to remote communities,” said McNatt.

The company is currently working with firms in the Scottish supply chain to build and deliver our first prototype, which will commence testing at the European Marine Energy Centre in Orkney next year.

“The Innovate UK grant will enable us to advance our engineering design, including a new power take off, moorings and umbilical, and will deliver additional grant support to our project partners Newcastle University’s Electrical Power Research Group and  Rosyth-based electronics-specialists Supply Design.

Earlier this year Mocean Energy announced a pilot project with the Oil and Gas Technology Centre (OGTC), oil major Chrysaor and subsea specialists EC-OG and Modus to study the potential to use their Blue Star prototype to power a subsea battery and a remote underwater vehicle.

Alongside Blue Star system, the company is also working on the development of a much larger hinged-raft wave energy converter known as Blue Horizon that could be used to deliver power to the grid. Last year, the firm secured £3.3m from Wave Energy Scotland to build and test a half-scale version of its technology at sea. The device is currently being completed at AJS Fabrication at Cowdenbeath in Fife.