A former racing catamaran converted to be powered purely by renewable technologies has set off from Paris on a six year round the world voyage. 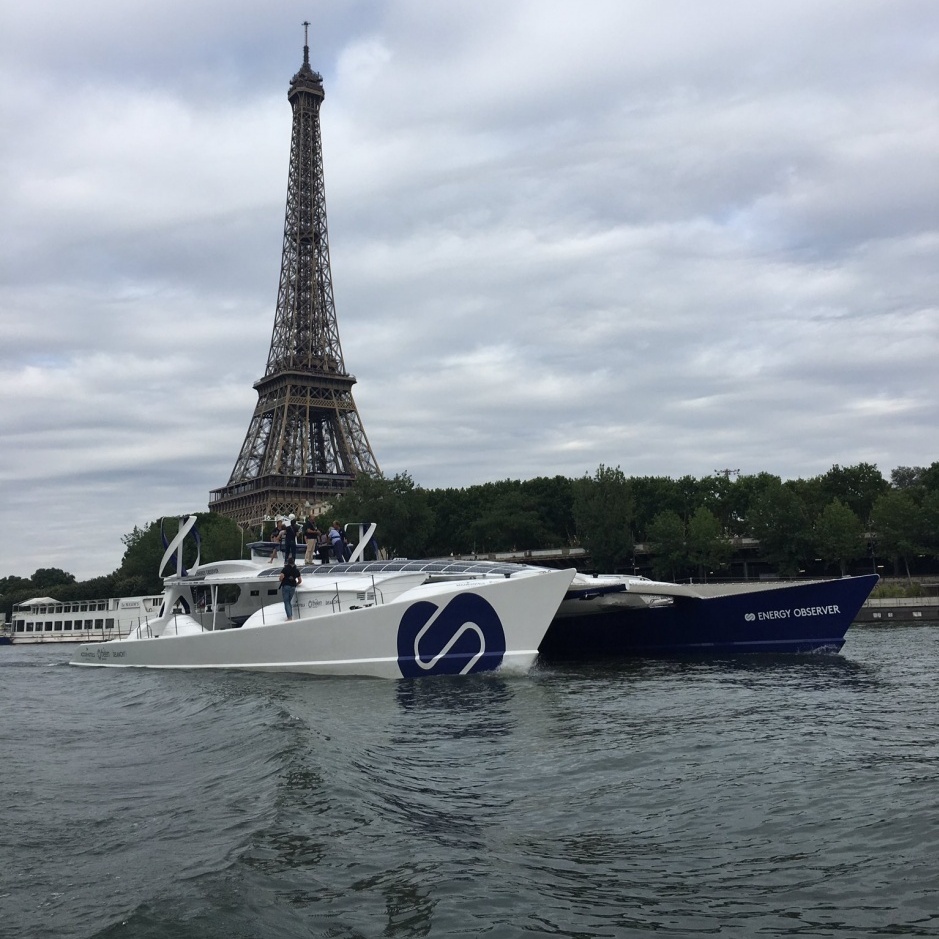 The 30.5 metre long vessel – known as Energy Observer has been adapted by a team of engineers to produce its own hydrogen fuel using renewably powered electrolysers.

According to the team behind the project – which is led by French explorers Jerome Delafosse and Victorien Erussard – the boat’s primary power source is a 130 square metre array of solar panels that cover its surface. This will be complemented by energy from two vertical axis wind turbines.

As well as driving the vessels electric propulsion system, these will be used to power electrolysers that will produce hydrogen from seawater for fuelling the boat during the night.

The vessel is also equipped with a kite sail that can be used to propel the boat during high winds. In this scenario, the tugging effect will rotate the boat’s propellers and could be used to generate more electricity using the boat’s reversible electric motors.

The project has been compared to Solar Impulse  the Swiss led solar-powered aircraft project- in that its prime purpose is to act as a high profile demonstrator –to prove the performance of hydrogen and demonstrate that energy independence is possible.

Hydrogen projects that are leading the world