Software system is voice of the people

Technology that allows the public to voice spontaneous opinions about their surroundings is being tested with the hope that it might make cities safer.

The ’Voice Your View’ (vYv) software, developed by scientists from the Research Councils UK Digital Economy Programme, allows people to provide feedback about their environment, including their perception of crime in an area.

Opinions can be expressed either through public terminals or software on mobile phones. The system then processes responses to create an instant perception map based on the data.

The software, developed by a team led by Prof Jon Whittle at Lancaster University, also allows users to track their comments, see who agrees with them and view other issues reported elsewhere in their neighbourhood.

’Today, public consultation tends to involve only a small slice of society,’ said Whittle. ’Yet, most people have a view about their locality and they know the space better than anyone; it’s just that they are too busy to register it.’

Prof Whittle and his team have recently worked with Derry District Policing Partnership to analyse people’s views about police confidence and satisfaction using the software. The resulting perception maps were received positively at the National Crime Mapping Conference last month, where officers saw real value in being able to compare perception maps side-by-side with crime maps of the same area.

’It’s immediately clear where there’s a mismatch in people’s experience of crime,’ said Whittle. ’There could be statistically safe areas where people feel unsafe, and vYv can provide the police service with insight into why this may be and where an extra police presence would be helpful.’

Trials of the prototype suggest that the technology could capture the views of a much younger public, whose opinions town planners rarely access. And because the views are collected in real time, they are significant in comparison to views taken using a questionnaire at a particular point in time. 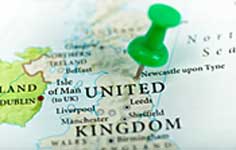 Power from the people

Engineering must find its voice