A new space radar technique, applied retrospectively to satellite imagery of the Morandi Bridge in Genoa, has detected deformations that pre-empted its collapse.

In August 2018, a section of the bridge failed catastrophically, killing 43 people. By reviewing 15 years of satellite imagery – in particular Synthetic Aperture Radar (SAR) data from the latest generation of European satellites – and analysing it with custom algorithms, it was shown that the bridge showed signs of warping in the months before the tragedy. Published in Remote Sensing, the research is the work of scientists and engineers at the University of Bath and NASA’s Jet Propulsion Laboratory (JPL).

“The state of the bridge has been reported on before, but using the satellite information we can see for the first time the deformation that preceded the collapse,” said Dr Giorgia Giardina from Bath’s Department of Architecture and Civil Engineering.

“We have proved that it is possible to use this tool, specifically the combination of different data from satellites, with a mathematical model, to detect the early signs of collapse or deformation.”

The Engineer spoke with Dr Giardina earlier this year about the evolution of the InSAR (Interferometric synthetic aperture radar) technique and how she and colleagues had used it to monitor ground deformations caused by the Crossrail tunnelling. Whereas current structural monitoring methods use specific points to detect movement and deformation, InSAR essentially monitors the entire structure in close to real-time via satellite data.

“During the Crossrail project, several commercial companies provided satellite-based monitoring, comparing them to ground-based data to prove the high quality of satellite measurements,” Dr Giardina (below) told The Engineer. 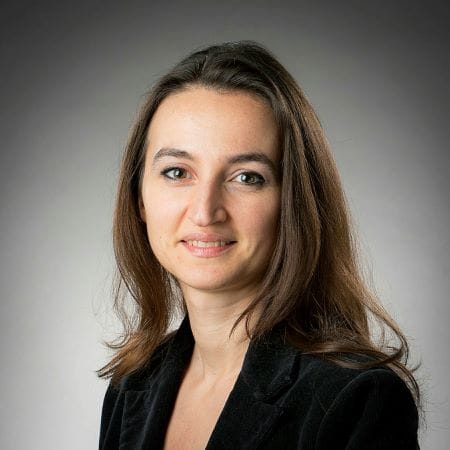 “During underground projects there is often a lot of data captured at the ground level, while fewer measurements of structures are available. Our technique could provide an extra layer of information and confirm whether everything is going to plan.”

According to JPL lead author Dr Pietro Milillo, the method could now be used to monitor bridges and other infrastructure, potentially preventing future incidents like the Morandi Bridge collapse.

"This is about developing a new technique that can assist in the characterisation of the health of bridges and other infrastructure,” he said.

“We couldn't have forecasted this particular collapse because standard assessment techniques available at the time couldn't detect what we can see now. But going forward, this technique, combined with techniques already in use, has the potential to do a lot of good.”