A 3D printer able to print full colour plastic models with a range of mechanical properties has been unveiled by US firm Stratasys.

Dubbed the Objet500 Connex3, the machine is claimed to be the first of its kind able to print 3D models with a full range of colours.

Earlier systems have typically used two printing jets and been able to blend two base materials. This enables them to produce components that feature varying levels of rigidity and flexibility. 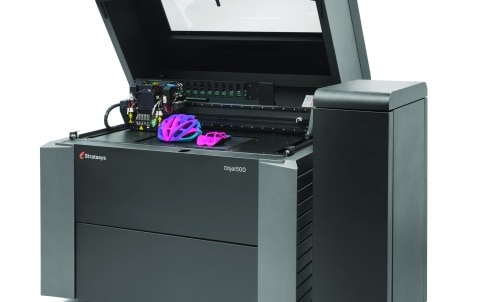 However, the new system introduces a third jet, which enables the machine to blend three materials and therefore makes it possible to produce full colour components with a range of mechanical properties. ‘There’s nobody else in the world that can do that,’ claimed Bruce Bradshaw, director of marketing at Stratasys. 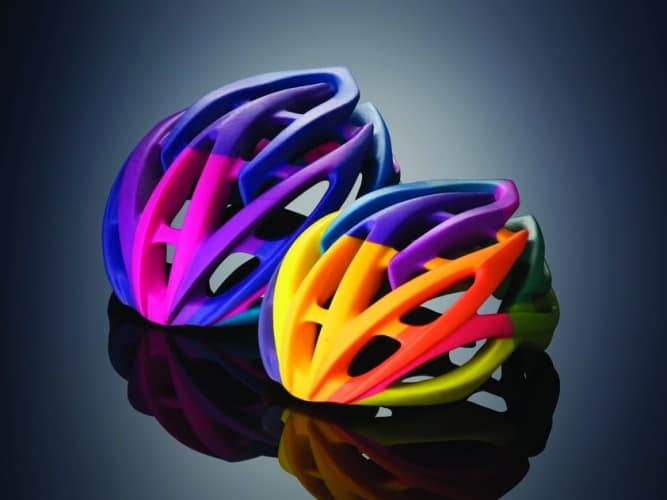 Professor Richard Hague, who heads up the EPSRC Centre for Additive Manufacturing, and is one of the UK’s leading 3D printing experts, agreed that the ability to print in full-colour represents a big step forward.

However, he questioned whether it is - as some have claimed - a true multi material printer when it uses three broadly similar engineering plastics. Hague - and others in the academic community - are investigating the development of multi-material systems able to desposit a range of radiacally different materials in order to print fully functional components.

The core technology behind the new system has been under development for a number of years by Israeli firm Objet, which merged  with Stratasys in  December 2012. In May of that year, at the Pompidou centre in Paris, the US artist Neri Oxman unveiled a series of sculptures produced on a prototype version of the machine.

Bradshaw said that the system is mainly designed to be used as a prototyping tool, and he expects it to be particularly popular with the consumer goods, automotive and architectural markets for whom, he said, “product realism” is absolutely critical early in the design stage. 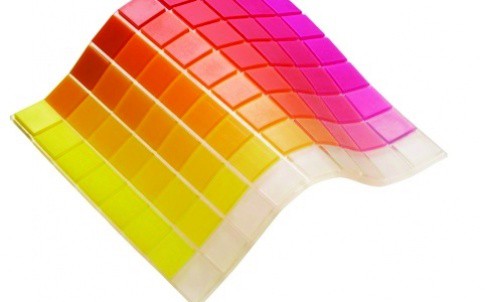 The system costs $330,000 (compared to around $250,000 for earlier systems) and Bradshaw claimed that - in common with other 3D printing systems - its impact on the design cycle will see it pay for itself in under two years.

Stratasys already has a number of customers for the system including Trek Bicycles and leading special effects firm Legacy Effects.