Sunak pledges to 'get things done' with £22bn R&D budget

Rishi Sunak has promised to ‘get things done’ in a budget speech that saw the chancellor pledge an increase in R&amp;D investment to £22bn a year. 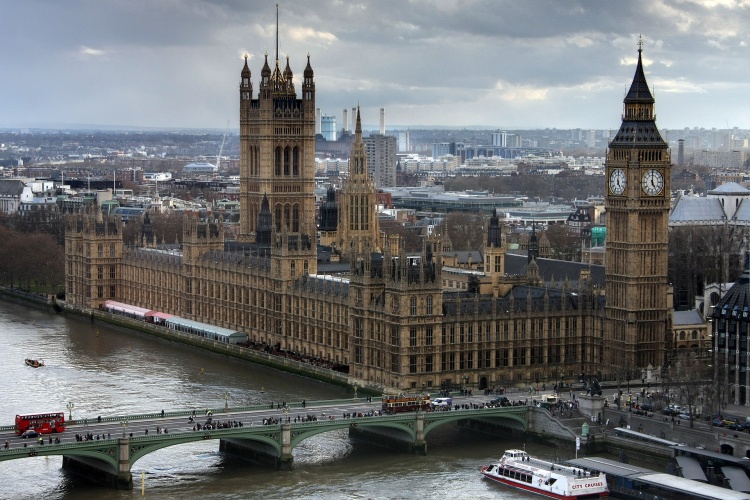 Less than a month since the resignation of former chancellor Sajid Javid, Sunak stood before MPs to deliver a budget that will see a further £5.2bn invested into flood defence over six years, £500m to support the roll-out of a super-fast electric vehicle charging network, £533m to extend the Plug-in Grant schemes for ultra-low emission vehicles to 2023, and at least £800m to establish two or more new Carbon Capture and Storage clusters by 2030, which are expected to create up to 6,000 jobs.

Where should UK infrastructure investment be targeted?

Invoking luminaries such as Newton, Hodgkin and Turing, and referring to the UK’s history of engineering and scientific achievements, Sunak said: “We need to recapture that spirit… So the third part of our Plan for Prosperity is to invest in ideas.

“I will increase investment in R&D to £22bn a year. That is the fastest and the largest increase in R&D spend ever. As a percentage of GDP, it will be the highest in nearly forty years - higher than the US, China, France and Japan.

“And a major step towards our target of increasing public and private investment in R&D to 2.4 per cent of GDP. We won’t wait to get started – next year, funding will grow by 15 per cent, the fastest year-on-year growth on record.”

As part of the Treasury’s spending plans, over £900m will be invested into nuclear fusion, space and electric vehicles, and £800m will go toward the establishment of ‘a new blues-skies funding agency’ modelled on the USA’s Advanced Research Agency, latterly the Defense Advanced Research Projects Agency (DARPA).

“If the new ARPA-like agency has less red tape and was truly agile in its approach to funding ground-breaking projects, it could be very effective,” said Mark Smith from business performance consultancy Ayming UK and Ireland.

Funding into university research will be distributed more widely, with £400m earmarked nationally and institutions outside of London, the East and South of England set to receive a greater share.

“We promised to make this country one of the scientific and research centres of the world – we’re getting it done,” said Sunak.

Further spending pledges from Sunak include £5bn to give people access to gigabit-capable broadband, over £500m to extend 4G mobile coverage to 95 per cent of the UK, £27bn over five years for road projects and £120m for up to eight new Institutes of Technology and £7m for 11 maths schools. The Annual Investment Allowance, currently set at £1m, will revert to £200,000 from 1 January 2021.

Commenting on the chancellor’s announcements, Prof Sir Jim McDonald FREng FRSE, President of the Royal Academy of Engineering, said: “We are deeply impressed with the government’s commitment to more than double UK public spending on R&D. It is vital to enhance spending on creative new ideas and catalysing innovation if our world-leading engineering research and enterprises are to reach their full potential and improve opportunities for all through economic and social development.

“High-risk innovation with flexible funding is an exciting and ambitious endeavour – this is what a UK ARPA should deliver. We have seen from the US ARPA example that it can succeed if it is well designed. Radical, out-of-the-box thinking, if properly funded and executed, could boost local economies, create new and sustainable jobs and address global challenges, while creating new opportunities to improve people’s lives in every part of the UK.”

In a Budget which made it clear that the UK’s success in the global economy will be rooted in innovation and cutting-edge technology, the Chancellor’s plans to significantly increase public R&D investment to £22 billion per year by 2024-25 are most welcome. As Rishi Sunak has acknowledged, achieving the Government’s ambitions on R&D will now require significant investment from the private sector. He has put in place solid support in today’s Budget to make this happen.” Scott Henderson, CEO ABGI UK

“This Budget provided further fiscal encouragement for organisations involved in world-class R&D activities and will support further investment in the sector. This is good news for innovators of all shapes and sizes – from established corporate R&D teams to start-ups seeking seed investment. Allocating £800m of taxpayers’ money to the formation of a new Blue Skies Funding Agency, modelled on the Advanced Research Projects Agency (ARPA) in the US, is ingenious and will encourage grassroots innovators to step up their activities and support them in everything from early stage sandbox testing to scaling up their businesses. A further £400m for ‘high-quality research’, much of it linked to University research departments across the UK, will also sponsor innovation at a grassroots level.” Karl Barnfather, chairman of Withers & Rogers

“Infrastructure spending was a real centrepiece of today’s Budget as the Chancellor laid out his commitment to unlocking construction and innovation throughout the country. But to get Britain building and unleash the economy’s true potential, it is crucial that we have access to the right talent at all levels to ensure that businesses and their supply chains can attract and retain the right skillsets as and when they need them. Skills are the biggest barrier to us delivering on this ambition, therefore, Government, businesses, education providers and talent solution specialists like ourselves must form strategic partnerships to create short and long-term skills frameworks and action plans – be it technical apprenticeships, upskilling, reskilling and attracting talent from overseas – that ultimately build active and agile talent pools that are the backbone of every healthy economy.” Rhys Harris, associate director – engineering, process & construction, Morson Group

“Today’s Budget showed welcome intent from the Government to make a substantial increase in R&D investment that supports our industries in developing and manufacturing advanced new technologies in the UK. We asked the Treasury to boost R&D funding in the space sector and I am pleased to see the Chancellor announce investment in the National Space Strategy and space innovation fund, as well as £100m in defence sector R&D. We look forward to the Government announcing detailed spending plans in July and hope to see long-term commitment to the Aerospace Technology Institute. Joint investment by Government and industry boosts our long-term competitiveness and holds the key to delivering long-term growth in all nations and regions of the UK.” Paul Everitt, ADS chief executive

"In a welcome move, the Government has supercharged public investment in science, delivering investment faster and further than it had promised. Government has pushed hard to front-load public investment in the effort to boost the contribution of research and innovation to the UK economy and attract private R&D investment to follow. Additionally, this investment has the potential to accelerate the Government's efforts to tackle challenges such as net-zero, flooding and new treatments for diseases, such as coronavirus, set out in the budget. This is an ambitious program and a huge investment in a short period of time. It must be spent well to ensure that an R&D decade delivers real benefit for everyone in the UK.” Dr Sarah Main, executive director, CaSE

“This Budget rightly recognises the role infrastructure plays in transforming communities. However, there is much detail missing on key pledges and many postponed decisions, including the long-awaited publication of the National Infrastructure Strategy. This Strategy is essential if the investment promised today is to address the needs of the country and the economy of the future. While Covid-19 is the immediate threat and understandably the chancellor’s priority, good strategic infrastructure has the potential to deliver growth and resilience for the UK over the longer term, so we need swift action in the days and months ahead.” Chris Richards, head of policy and public affairs, Institution of Civil Engineers