A low cost robotic fingertip with an artificial sense of touch mimicking that of humans has won an international soft robotics competition.

The 3D-printed sensor, known as TacTip, was developed by the Tactile Robotics Team at Bristol Robotics Laboratory (BRL).

The device, which has been under development for more than seven years, consists of a webcam mounted inside a 3D-printed soft fingertip.

The webcam tracks the movement of pins inside the device, which act like the touch receptors in human fingertips, according to Dr Nathan Lepora, senior lecturer in Robotics at Bristol University and BRL, and leader of the Tactile Robotics Team.

“The tip is designed with an outer surface made of rubber, so it bends, and on the inside are a number of pins with white tips,” said Lepora. “As the material deforms, the pins move, and the camera picks up this movement, to act as a tactile sensor,” he said.

The movement of the pins can be used to provide information on the shape and position of an object, as well as its contact force, torque and shear. 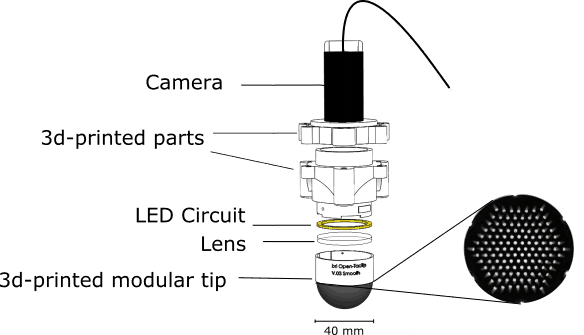 The sensors, which can be mounted on robotic arms or hands, could give future robots human-like dexterity. Robotic fingers with an artificial sense of touch could be used in manufacturing, food production and healthcare, and prosthetic hands.

“Tactile robotics is a growing area,” said Lepora. “If you want robots to manipulate and handle the world the way humans do, then they will need a sense of touch.”

The device has an open-source design, allowing researchers to build their own fingertip with a 3D printer. TacTip is cheap to build and can be easily customised, said Lepora. 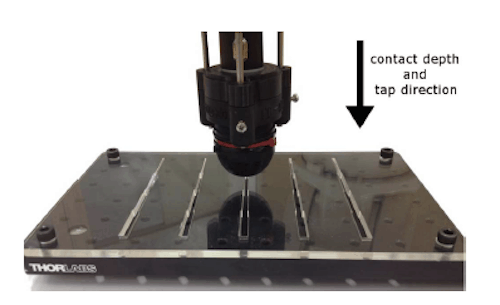 The device was awarded first prize in the Contributions in Soft Robotics Research category at the 2016 Soft Robotics Competition.

Over 80 teams took part in the competition, which is hosted by Soft Robotics Toolkit, an initiative developed by researchers at Harvard University and Trinity College Dublin, with the aim of offering a resource for students to learn how to design, fabricate, model, and test soft robotic devices.

The competition, which is in its second year, aims to develop and showcase novel robots and fundamental research related to soft robotics. 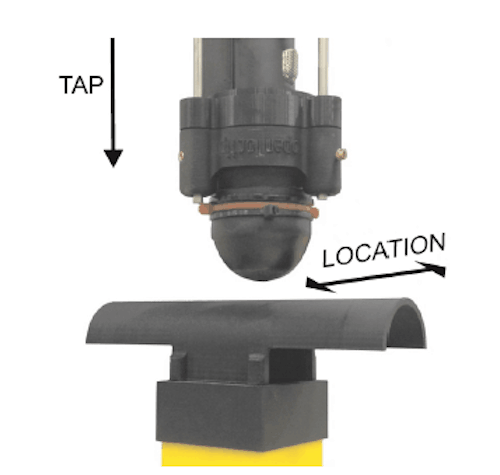