Tokamak Energy has achieved a plasma temperature of 100,000,000°C with its ST40 spherical tokamak, the threshold required for commercial fusion energy. 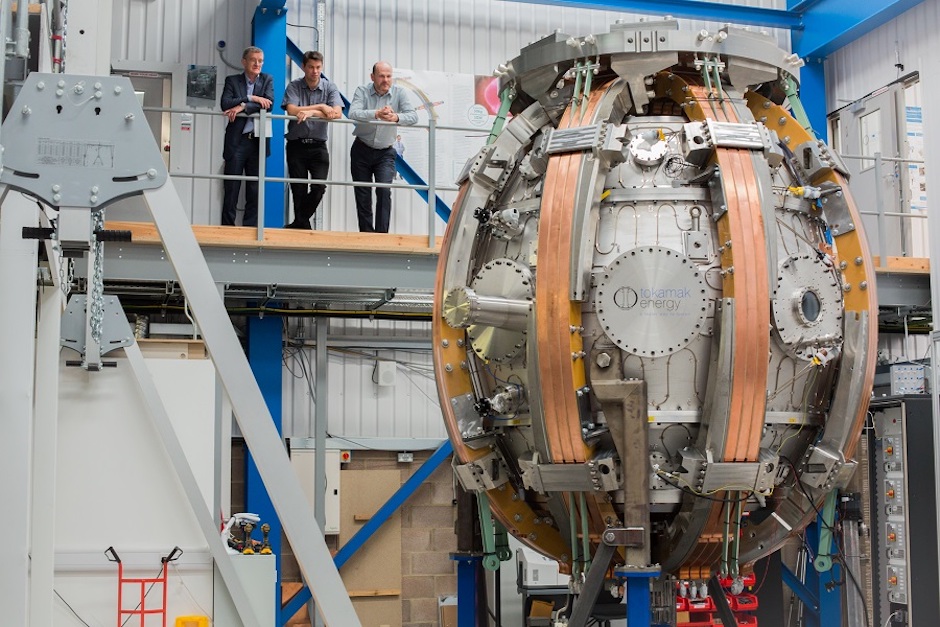 A world-first for a private fusion energy company, this is the highest temperature ever achieved in a spherical tokamak. Tokamaks use magnets to contain a plasma so that it can reach the high temperatures at which fusion occurs.

Whilst several government laboratories have reported plasma temperatures above 100M° in conventional tokamaks, this milestone has been achieved in just five years for a cost of under £50m in a much more compact fusion device.

The privately-funded ST40 has over 25 diagnostic tools and utilises advanced measurement technologies. The 100M° result has been verified by an independent advisory board comprising international experts. Tokamak Energy plans to share its results with the scientific community.

“We are proud to have achieved this breakthrough, which puts us one step closer to providing the world with a new, secure and carbon-free energy source,” said Chris Kelsall, CEO of Tokamak Energy.

The ST40 device will now undergo an upgrade and be used to develop technologies for future devices. The ST-HTS aims to be the world’s first spherical tokamak to demonstrate the full potential of high temperature superconducting (HTS) magnets, and is due to be commissioned in the mid-2020s. This will inform the design of a fusion pilot plant, to be commissioned in the early 2030s.

Kwasi Kwarteng, secretary of state for Business, Energy and Industrial Strategy (BEIS) said that fusion energy could be the ‘ultimate power of the future’, commenting:“The government’s fusion strategy, published last year, is designed to support companies like Tokamak Energy to make fusion energy a reality. I look forward to further milestones in the months and years ahead.”