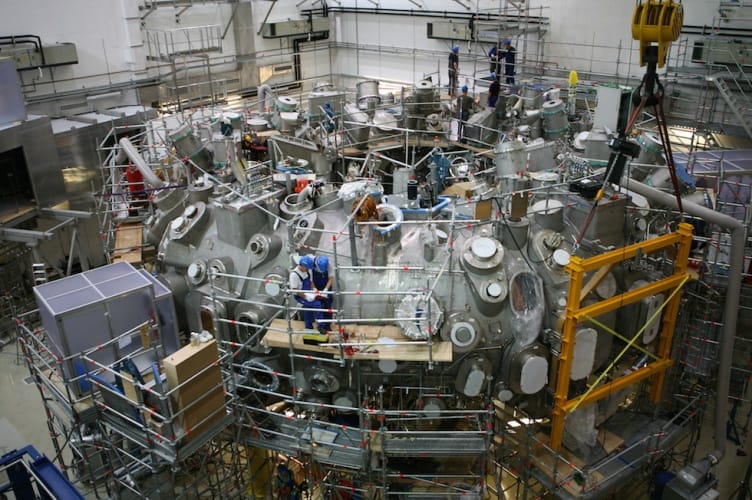 Known as W7-X, the nuclear fusion device is the largest stellarator ever constructed, using 50 computer-designed electromagnets to guide superheated plasma around its 16m-long toroidal chamber. The project has taken two decades to reach this point, and is potentially a key step towards nuclear fusion power plants that will provide clean and virtually limitless energy.

Following an intricate build process that lasted nine years and involved over a million hours of labour, W7-X was fired up for the first time in December last year at the Max Planck Institute for Plasma Physics (IPP) in Greifswald, Germany. Initially heating helium to around 1 million degrees Celsius, the device reached a significant milestone in February of this year when it made its first hydrogen plasma. 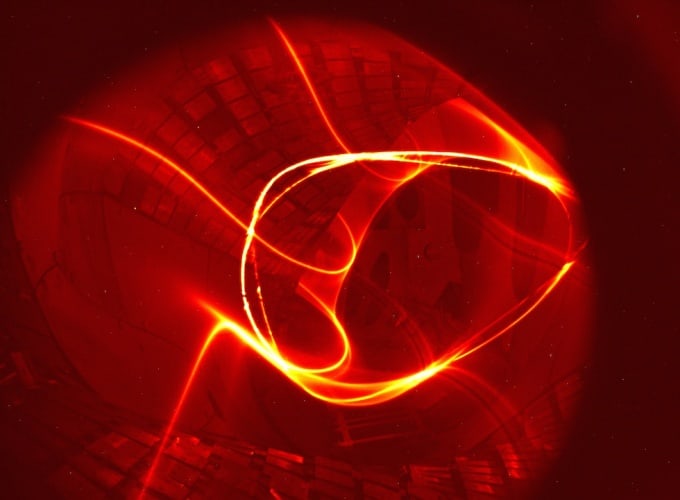 In total, approximately 2,200 plasma pulses have been fired since operations began, building from initial lengths of half a second up to six seconds. At mean plasma densities the physicists were able to generate temperatures of 100 million degrees Celsius for the plasma electrons, and 10 million degrees for the ions. These temperatures were recorded using 4 megawatt microwave pulses lasting one second.

“We are more than satisfied with the results of the first experimental campaign”, said project lead Prof Thomas Klinger. “(They) greatly exceeded what our rather cautious predictions had led us to believe.”

Since completing the first phase of research in March, W7-X’s plasma chamber has now been reopened so that upgrades can be made, and longer pulses can be fired. Workers will install 6,200 graphite tiles of various shapes that will protect the vessel walls. The ten strips of tiles will also act as divertors to control the plasma’s density and remove impurities. According to the scientists at IPP, these elements must be installed to a precision of 1-2 millimetres - a challenging task given the stellarator’s asymmetric sweeping curves. 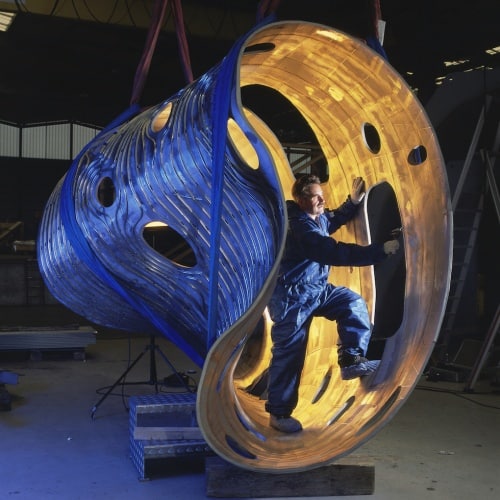 “After exact measurement of the inside wall we therefore compare the wall dimensions with the tile measurements by a numerical method and modify, where necessary, the tiles with a computer-controlled milling cutter”, explained Mathias Müller from IPP’s Technical Services.

The intricate nature of the upgrades means they won’t be completed until mid-2017. W7-X should then be ready for plasma pulses of eight megawatts lasting ten seconds. If everything goes to plan, the graphite tiles will eventually be replaced with carbon-fibre-reinforced components that are also water-cooled. Over the course of the next four years, the stellarator will build towards heating powers of 10 megawatts, and continuous plasma firings of around 30 minutes. If achieved, this would mark a major leap forward in the development of commercially viable fusion energy.

“It’s exciting to see the Wendelstein 7-X stellarator complete its initial experimental campaign," said Dr David Kingham, CEO of UK fusion company Tokamak Energy. "The more we can showcase fusion technology, the more its viability as an energy source will be appreciated."