News editorIn the centenary year of the 20th Century’s devastating conflict, the spotlight falls on how British engineers supported the military effort while themselves making great sacrifices.

Today marks the centenary of Austria and Hungary declaring war on Serbia, an act of aggression that saw between eight and 10 million combatants lose their lives in the name of the Great War.

ICE inform us that the resource includes details of the design of the Nile water supply to Palestine for Egyptian expeditionary work, plus information on the design of water infrastructure in the trenches.

Biographies and photos are also available of all ICE members who lost their lives during the four-year conflict. 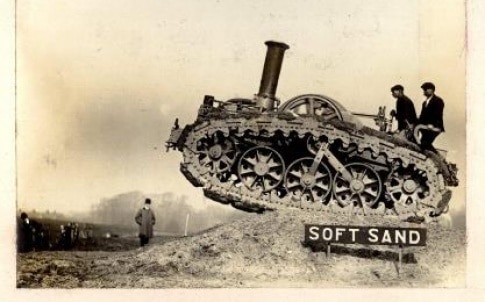 ‘ICE members helped deliver the critical infrastructure and shelter that supported British military operations during the First World War,’ said Geoff French, ICE president. ‘It is right that we recognise their engineering expertise but more importantly, the sacrifice they made for the British people.’

The First World War led to a myriad of military innovations including the birth of modern air warfare, an arena that continues to evolve, occasionally leaving controversy in its wake when the discussion focuses on unmanned aerial systems (UAS).

These very tools of warfare are to be highlighted tomorrow when the Defence Committee publishes government responses to three reports, including one on Afghanistan, military intervention and UAS.

In March this year the Defence Select Committee reported acknowledged the role of UAS and their contribution to the effectiveness of military operations in Iraq and Afghanistan.

At the time, the committee reported that it ‘is satisfied that a robust system is in place to review every remotely piloted aircraft weapons discharge by a UK aircraft, whilst acknowledging ‘the desire of some interested organisations and the public to see a greater degree of disclosure from the MoD.’

Issues similar to these will be open to discussion at Unmanned Combat Air Vehicles (UCAV) 2014, which takes place on Wednesday and Thursday this week in London.

According to the organisers, the event will examine the critical capabilities of UCAV and will focus specifically on challenges brought by autonomy protocols, integration with manned systems, and the development of UCAVs for operations in contested airspace with stealth and counter measures.

On July 16, 2014 The Engineer reported on how BAE Systems had conducted its second phase of test flights on the Taranis UCAV, a platform that can now maintain communications and gather a full set of flight data without giving away its position.

Delegates at this week’s conference will ask – despite such advances – whether UCAVs are a real replacement for manned systems with discussions focussing on:

It won’t have escaped too many people’s notice that companies are being encouraged to apply for licenses that will let them explore for onshore oil and gas locked in shale formations.

According to the Department of Energy and Climate Change, the granting of a license will not provide an absolute agreement to drill. Rather, ‘on top of a licence, any further drilling application will then require planning permission, as well as permits from the Environment Agency and sign-off from the Health and Safety Executive.’

And forget about a drilling free-for-all in Areas of Outstanding Natural Beauty, World Heritage Sites, the Norfolk and Suffolk Broads, or National parks as these places are to be given added layers of protection that will require detailed Statements of Environmental Awareness to be submitted with license applications.

DECC itself will decide if the Statement is satisfactorily stringent.

In a statement, Matthew Hancock, business and energy minister said: ‘As one of the cleanest fossil fuels, shale gas can be a key part of the UK’s answer to climate change and a bridge to a much greener future.