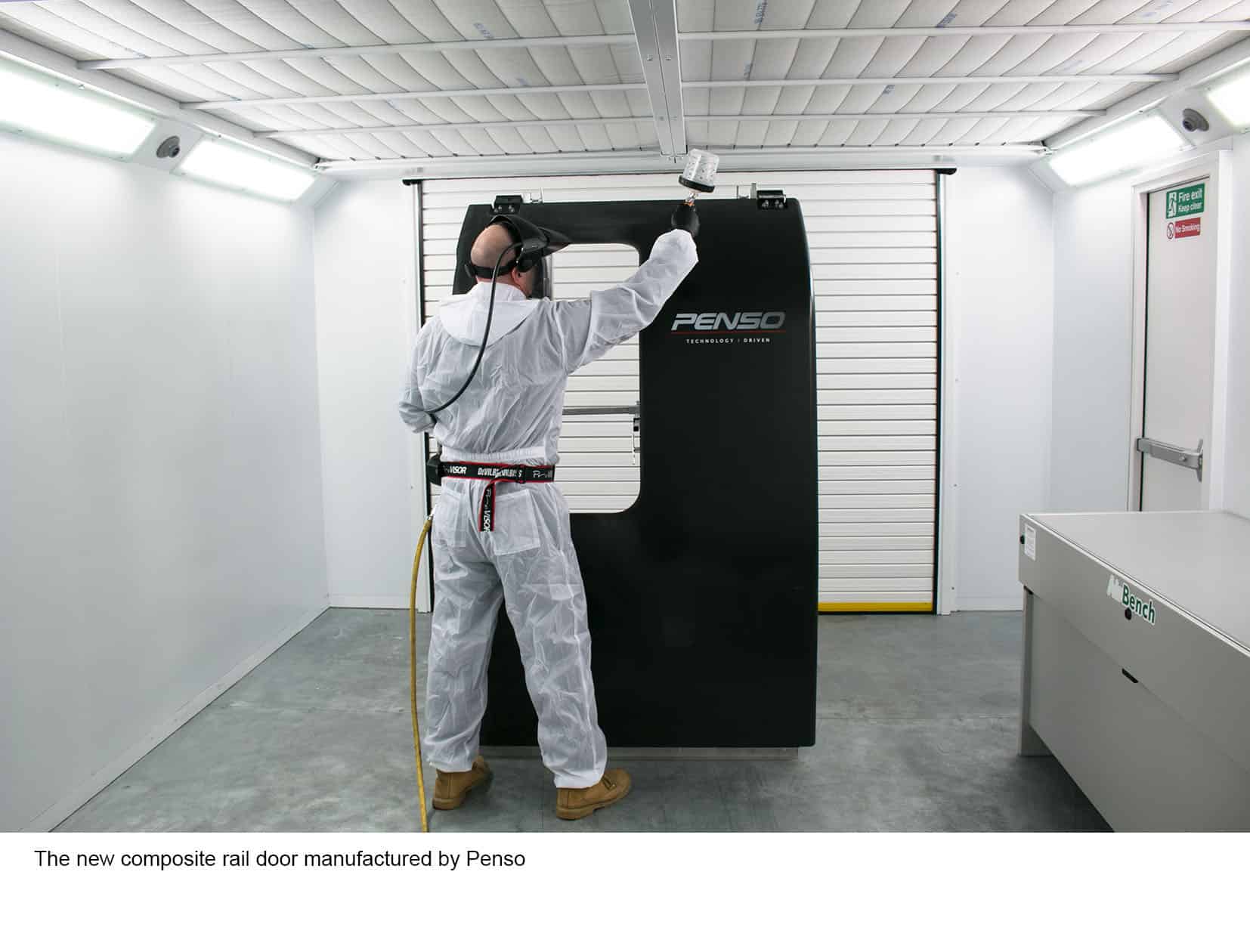 Showcased at the JEC World composites show this week in Paris, the new door uses a proprietary moulding technique that could have applications in other industries.

Penso uses a press-moulding process, with a phenolic pre-preg material wrapped around a solid core. The material itself is a relatively traditional composite that’s already widely used in aerospace, but the production process is understood to be unique.

“The key difference is that we cure the composite material with the core in-situ and the part is produced in one go,” said Paul Fannon, head of programmes at Penso. “We use a close-moulded two-shelled aluminium tool to cook the part. The whole process takes minutes, while you’re probably looking at five or six hours in an autoclave.”

This results in a closed composite structure, which eradicates the risk of moisture ingress. Penso cites this as an advantage over the current aluminium doors, which can suffer problems with delamination, but the greatest benefit comes in weight saving.

“Our door is around 13kg lighter than a conventional item,” said Penso’s sales and marketing director Michael Collins. “Across six or seven carriages you’re looking at a weight saving of 800 to 1,000 kg. That means less wear on the wheels and rails, lower maintenance requirements and easier scheduling, plus less energy required to propel the train itself.”

There are more subtle effects too, he said. For instance, if the doors are lighter they can be opened and closed faster for the same wear on the motors and bushes, which frees up more time to load passengers.

“We believe this could be a very disruptive technology,” said Collins. “We’ve started off with a train door, but it’s equally applicable to things like seats, window surrounds and even some body panels. Elsewhere, we have a number of new and established low carbon vehicle manufacturers looking at this technology. It’s lighter and stiffer than conventional materials and the core – which you can vary in density to tune its properties – gives it inherently good NVH performance.”

Over £12m pounds has been invested into Penso over the last three years, much of which has come from match-funded local and regional government schemes, including Innovate UK. This now looks set to pay off, with renewed interest in the rail industry driven by projects like HS2, New Tube For London and planned upgrades to the London Underground network.

One of key benefits of the Penso design, according to the company, is that it’s fully industrialised and ready for production. The door is currently undergoing independent testing for a major potential client and if successful it’s likely to be seen in public use before the end of the year.