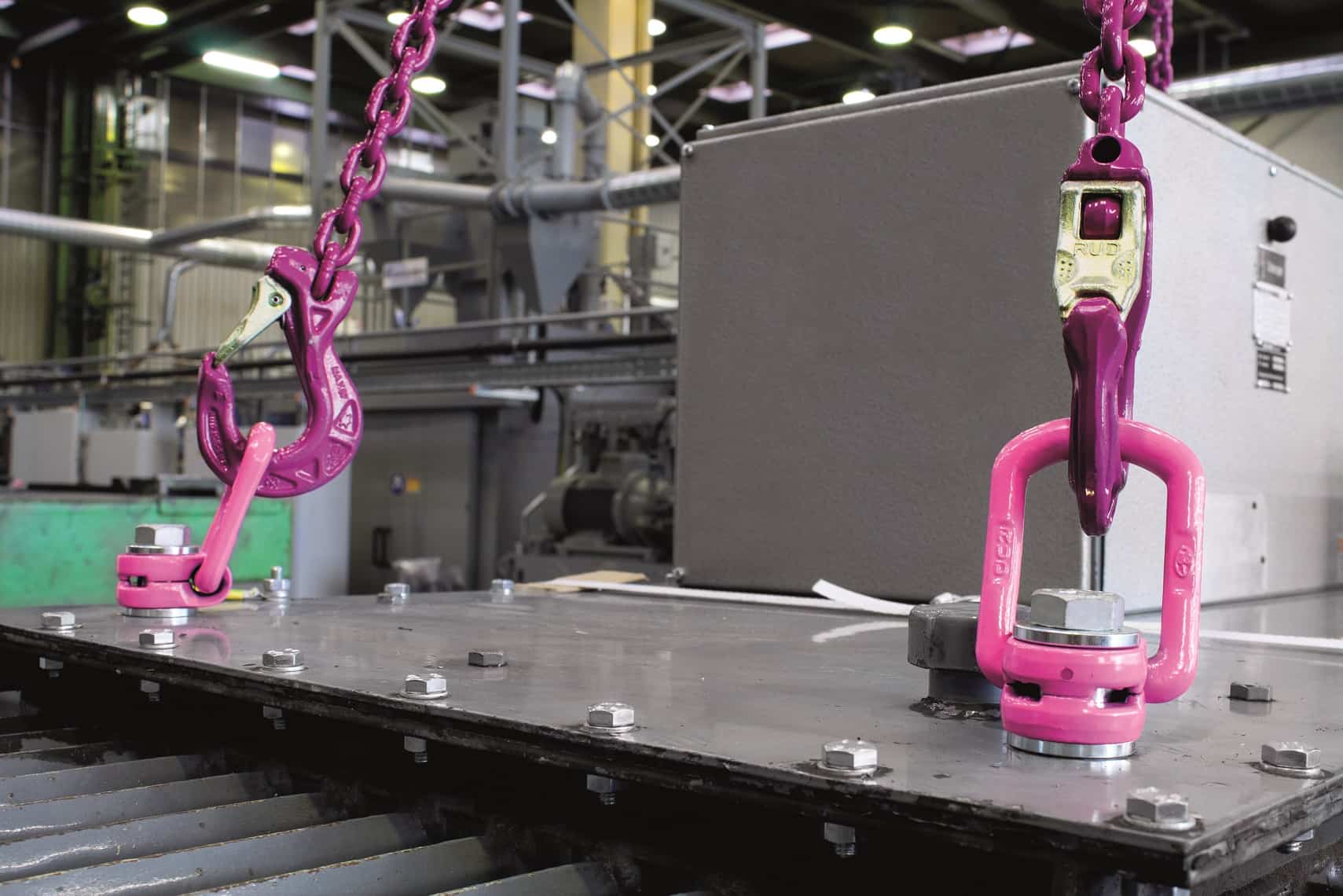 The RUD VLBG load ring has been developed to offer the new VLBG Plus. The VLBG Plus now includes RUD’s robust ICE-Bolt. The ICE-Bolt is made from fine grain steel, operational to temperatures as low of -60°C.

Lifting points are often used for turning, rotating and tilting, which adds a considerable risk to the lift. When lifts are turned under full load it results in high friction between the bolt head and the rotating connecting element, which subsequently can lead to the opening of the bolt mid lift that can occur with DIN 580/standard eye bolts. However, this does not happen with the RUD VLBG plus.

The VLBG Plus bolt offers a considerable safety feature to the operator and equipment being lifted; it will stay firmly fastened under full loads, vertically or horizontally. The ICE-Bolt is quick and easy to install and assembly is possible with a flat/ ring wrench or Allen key.

The VLBG plus offers an 45 per cent higher working load limit (M8-M30) compared to the VLBG. It rotates 360º and the suspension ring pivots 180º. The clamping spring works as a noise reduction function and holds the suspension ring in the requested position. A clear marking of the minimum working load limit for all loading directions is also highlighted on the load ring.

Complex lifts where the load has to be manoeuvred and tilted in all directions can be safely and effectively done with the use of the VLBG-Plus load ring. The VLBG Plus can be used across a variety of working environments from engineering, construction, rail, offshore, handling and MOD projects to name a few.