Grads and apprentices from Ricardo Rail have won the annual Railway Challenge organised by the Institution of Mechanical Engineers (IMechE). 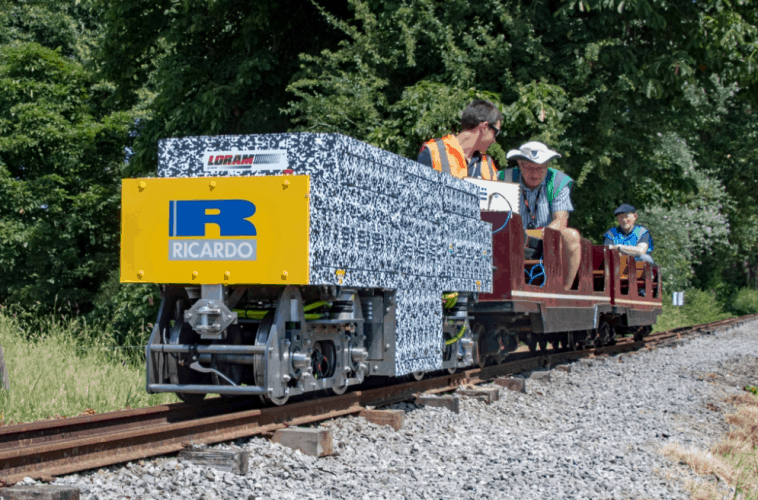 Making its debut in the event, the Ricardo team came out ahead of nine other competitors from across the UK and Germany. Teams were required to design and manufacture a miniature, 10 1/4” gauge railway locomotive, with the trains put through their paces at the Stapleford Miniature Railway in Leicestershire. The competition, which took place from 28 June to 1 July, saw Ricardo named Grand Champions ahead of last year’s winners, SNC Lavalin Rail and Transit.

“This year’s Railway Challenge was the toughest competition yet,” said head judge Bill Reeve, director of Rail at Transport Scotland and an IMechE Fellow.

“For Ricardo to win in the first year it has competed is an outstanding achievement. Good teamwork and project management, with sound system engineering and testing delivered impressive and reliable performance.”

The locomotives were tested in a series of track-based and presentation challenges, including a design report and business presentation, as well as challenges on the locomotive’s traction, ride comfort, noise, maintainability and ability to store energy. This year’s entrants delivered a wide range of solutions for traction and braking systems and suspension designs, with locomotives featuring fuel cells, internal combustion, batteries, super-capacitors, and mechanical energy storage.

“We had a team that worked really well together and benefitted from cross-industry expertise by having railway and automotive team members,” said Benjamin Morley, graduate consultant engineer and project manager of the Ricardo Rail team. “The general design wasn’t overcomplicated, though we did concentrate our efforts on the energy recovery.”

Full results of the Railway Challenge

9 Bombardier Transportation and University of Derby

10 Siemens and University of Southampton