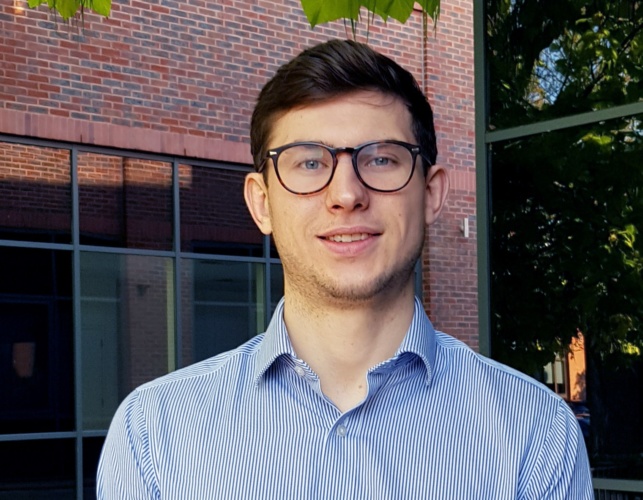 The Committee on Climate Change’s Sixth Carbon Budget is clear that to achieve the UK’s net zero carbon emissions goal by 2050 will require engineering solutions to remove greenhouse gas emissions. Moreover, as the November date for the United Nations’ Climate Change Conference (COP26) in Glasgow draws ever closer, member nations’ will be considering how to capture emissions in their own plans to meet the targets of the Paris Agreement.

Enter direct air carbon capture and storage (DACCS), one of the negative emission technologies (NETs) highlighted by the Sixth Carbon Budget and being trialled around the world. It‘s a simple solution: direct air capture (DAC) technologies use low carbon energy to take carbon dioxide (CO2) emissions straight from the air for either storage in geological sinks or reuse. But as the technology is in its infancy and unproven at scale, does DAC offer a silver bullet to the climate change conundrum?

What is direct air capture and how does it work?

DAC technologies remove the CO2 content from ambient air – effectively, they act as an artificial tree. However, while some of the CO2 captured by a tree can be released into the atmosphere when it dies, all of the CO2 captured by DAC can be permanently stored (or re-used). ‘Traditional’ Carbon Capture and Storage (CCS) will capture carbon dioxide from the flue gas of large industrial sources, and can support the generation of energy such as hydrogen; whereas DAC captures carbon dioxide from ambient air. At present, DAC companies are using a process that chemically separates the CO2 from air[1] – although both cryogenic processes, which freeze the CO2 out of the air, or membrane technology could be possible alternatives.

DAC is a four-stage process: in stage 1, the ambient air is directed towards the material used to adsorb or absorb the carbon dioxide – the sorbent. This can be enhanced by using fans to pull the air through. In Stage 2, the CO2 comes into contact with a capture agent, which can be either a liquid or a solid, that captures it from the air. Structured packing maximises the contact between air and the capture medium. At the third stage, the CO2 is released from the capture agent into a storage facility. From an environmental point of view, it is important that this release can be achieved in such a way that the capture agent can be re-used repeatedly. Finally, the high-purity CO2 is compressed, before transportation to either a sequestration site – it can be permanently stored within geological formations such as saline aquifers or depleted reservoirs – or for reuse. Carbon dioxide can be used in a range of industrial processes: in chemicals’ and refrigerants’ creation; in the food industry as a component of fizzy drinks; or as a feedstock for synthetic fuels (the current CO2 market is 230 Mt per year[2]).

DAC systems, are less limited by location, require less space and use less water than other negative emissions technologies

Why not just plant trees? Planting trees – afforestation – can be a complementary greenhouse gas removal option and offer a number of environmental and social benefits. However, in areas where land space is at a premium, like the UK, trees may end up competing for land space with food production, potentially resulting in increased food prices. ‘Artificial’ trees, the manufactured DAC systems, are less limited by location, require less space and use less water than other NETs.

What is the future role of DAC?

Focusing on energy efficiency, developing renewable and nuclear power, and investing in ‘traditional’ carbon capture, utilisation and storage (CCUS) remain the most viable options in reducing CO2 emissions and meeting our climate change targets. However, as CCUS technologies are further developed, DAC plants could easily feed into the same transportation and storage infrastructure, offering an additional means of increasing CO2 capture.

The aim of the UK’s net zero cluster approach is either for areas to exist that produce no CO2, or to offset the CO2 that is produced by using NETs such as DACCS. The current technologies being developed to capture carbon at source are aiming for efficiencies of approximately 95%: could DAC be used to capture the residual 5%, enabling net zero to be achieved within a ‘cluster’? This is already being considered by technology provider, Carbon Engineering, which wants to develop a commercial scale DAC plant, potentially linked to its industry- and government-funded Acorn CCS and hydrogen project in the North East of Scotland[3].

Another use for DAC could be in more rural areas, where the concentration of industrial CO2 sources is more sparse and thus ‘traditional’ CCS is not an option? The construction and operation of a DAC plant would increase employment, whilst captured CO2 could be reused to increase the yield of greenhouse crops, supporting the local farming community. As the UK looks to become a global leader in renewables, there is also the potential for DAC be used flexibly within the wider energy system. For example, when demand for energy is lower, surplus clean energy could be used for carbon capture through the DAC process described previously.

While DAC, to date, has focused on the capture of CO2 from air, further developments in this technology could offer the opportunity to expand its remit. Methane (CH4), for example, is a heavy contributor to the global warming effect, and is considerably more potent than CO2: removing one molecule of CH4 could potentially deliver more impact than removing one CO2 molecule. Research into this area is limited at present, in part due to methane being much less concentrated in air than CO2, and in part due to the lack of revenue opportunity. But, as climate change climbs higher up world government’s agendas, this is a potential area that may warrant further exploration.

Is DAC ready for use?

DAC technologies are currently estimated to be at Technology Readiness Levels (TRLs) of between 4 and 7. A number of developers believe that active megaton capacity DAC plants, capturing 1 MtCO2/year and with a thirty-year lifespan, could be running at a viable cost of $100/tCO2 within the next 10-15 years. Indeed, Carbon Engineering, Climeworks and Global Thermostat have concepts already at demonstration and pilot scales, capturing up to 1000 tCO2/year.

If we are to meet our global carbon budgets, it seems likely that NETs such as DAC will be necessary

As is often the case, the main driver in whether DAC will be a noteworthy contributor in the greenhouse gas removal arena will be cost. Investors will need to judge whether this technology is commercially viable, based on their assessments of technology cost reduction and market conditions. This can often be a challenge for novel technologies, and to help clarify and de-risk their investment, they will need to ensure that their due diligence includes independent verification, through technical assessments of both the engineering and commercial aspects of equipment and infrastructure.

Governments will also have a role to play in the success of DAC technology. They must not only set binding emissions targets and provide innovation funding to support a nascent industry but also create robust policy that considers emissions removals in the price of carbon and supports the development of a market for NETs. This could create the right conditions for DAC to demonstrate its potential.

While DAC may not offer a silver bullet solution to achieving all our global climate change targets, neither is it a red herring. If we are to meet our global carbon budgets, it seems likely that NETs such as DAC will be necessary. It is one element in the jigsaw that will deliver the energy transition, and will need to fit in alongside other parts of the puzzle to produce a full picture of decarbonisation.