As an engineer growing up and studying in Stuttgart, Dr Nadine Stech always imagined that she was destined for the automotive industry. But in an unexpected change to the script, a random lecture in biomechanics ignited a passion that has seen her play a major role in the development of one of the world’s most advanced prosthetic legs. 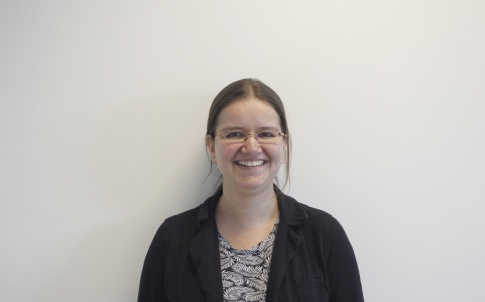 Stech, now a senior control design engineer at Basingstoke-based Blatchford Group, joined the noted prosthetics specialist as an intern following that fateful lecture and has been there ever since. “What I liked about it was the interaction between the human and the machine,” she told The Engineer, “it’s a great example of how engineering can change lives.”

And Blatchford certainly has an illustrious past when it comes to changing lives. Founded in the 1890s, the firm came to prominence making prosthetic legs and orthotics for soldiers who had lost legs or been injured in the first and second world wars. Then, in the post-war years, it steadily ticked off a series of technological milestones: pioneering the use of carbon fibre materials in the 1980s and, a decade later, introducing the first microprocessor controlled prosthetic knee.

All of these developments helped refine and improve the performance of lower-limb prosthetics. But it was the launch of its Linx system, a project in which Stech played a major role, that perhaps represents the firm’s biggest technological step forward.

Developed for above-the-knee amputees, and weighing 2.4kg (just under half the weight of a natural human leg), Linx combines four microprocessors and seven situational awareness sensors across the knee and ankle joints. These collect and analyse user, activity and terrain data that is then used to continuously adapt the leg’s performance by adjusting resistance in its hydraulic and pneumatic actuators.

Critically, the system is the first of its kind to fully integrate the leg and the foot. Whilst a number of manufacturers, including Blatchford, offer separate microprocessor controlled feet and knees, Linx is the first lower limb prosthesis to combine these into a single system in which there is full information exchange between the two joints.

“The leg’s performance is determined by the data gathered by both the foot and the knee,” explained Stech, “for instance the foot is great at sensing surfaces because it’s in contact with the ground, whilst the knee is better for cadence and different step detection.”

This means, for example, that if sensors in the foot detect a slope then the foot can instruct the knee to increase the level of damping. Or, when a user stops walking, the sensors will detect this and increase the resistance in all of the joints, enabling the amputee to stand still, confident that the device will support them. This latter feature, said Stech, represents a particularly significant advance for amputees, as the ability to distribute weight equally across the prosthesis and the intact limb can help the intact side remain healthier.

One of the big challenges to achieving this seamless exchange of data was figuring out what data should be shared and when. “You can share a lot of information but it might not be relevant,” said Stech, “so it’s about finding how high the level of information needs to be within the joints so that it’s still meaningful. It’s a real-time system so you can’t allow information to be delayed or take too much time as that would influence the knee action.”

Another key challenge, and one which was critical to commercialising the technology, said Stech, was finding a way of fitting all of the sensors, actuators and electronics into such a lightweight and compact package. Indeed, the somewhat unique packaging requirements meant that many of the components on the leg – such as the hydraulic cylinders, electric boards, and springs, were developed in house.

Stech added that it’s the forensic attention to areas like this that differentiates Linx from the numerous research projects also looking at intelligent limbs. “In research, you might have one or two users and you’re customised for those, but commercially you need to make it as robust as possible to have a large base of customers. Even if researchers are coming up with good ideas, it’s still a very long way to get it to something you can commercialise. I think it’s unique that we have found a way to get system integration in a robust manner to cater for a large group of amputees.”

The company’s testing regime is a good illustration of this, with legs typically tested continuously for three to five million cycles, roughly equivalent to the expected three-year life of the device. As well as ensuring that Blatchford’s engineers can be confident that the legs will meet the rigorous demands of real-world use, these tests are also a valuable opportunity to evaluate ongoing refinements to the design, to, for example, make it even lighter.

For a product of this kind, functionality and performance is clearly the number one concern. Nevertheless, Linx is a striking looking device, and has, said Stech, been carefully designed to be a desirable high-tech product that consumers can be proud to wear.

Indeed, whilst wearers of prosthetic limbs have often opted to cover them up in the past, Stech has detected a shift in attitude following the headline-grabbing achievements of the athletes competing in the 2012 Paralympics. “There was a lot of stigma, but the thinking has changed since the Paralympics,” she said. “Some of our patients want to show it off instead of hiding it away with cosmetics.”

Beyond the aesthetics, another major area of development is the so-called human-machine interface: the socket system used to secure the prosthesis to the amputee’s stump.

Interestingly, despite all of the incredible engineering housed within the Linx leg, this most critical mechanical interface remains relatively untouched by the march of technology. The design of the socket itself is still a heavily manual process, and the user’s experience of the technology is highly dependent on the skills of the individual socket clinicians. “At the moment it’s very hands on and based on the knowledge of the clinician,” said Stech. “I can remember amputees telling me ‘it’s taken me a while to find a good socket clinician and I’d like to stay with them’.”

Addressing this challenge is, she said, a real hot topic in the prosthetic community, and Blatchford has been working with researchers at the University of Southampton on the development of an intelligent socket liner that uses integrated pressure sensors to measure the pressure and pulling forces at the interface between a patient’s stump and socket of their prosthesis. Such a system could, she said, enable clinicians to optimise socket fit more quickly and accurately.

Currently, Linx has around 300 users. Although some of these are in the UK, the device – which costs around £30,0000 – isn’t available via the NHS and the biggest market for the technology is in North America.

It’s no surprise that enabling the widespread adoption of expensive technologies like Linx is a major challenge. But Stech believes that new approaches to design and manufacturing may one day help overcome some of the barriers to broader adoption of similar systems.

One promising avenue of research in this area is the MovAid project, a cross-disciplinary initiative co-ordinated by Blatchford and involving thirteen separate partners from across industry and academia.

Now in its third year, one of the key aims of this initiative – which is funded through the EU’s Horizon 2020 programme – is to look at how sensing, scanning and 3D printing technology could be used to speed the design and manufacture of highly personalised orthotics and prosthetics. This kind of approach could ultimately enable the technology to become more widely available said Stech: “If it becomes cheaper to do systems you can give that back to the customer.”

Dr Nadine Stech will be talking about the development of the Linx leg on day two of The Engineer Conference (6th June, NEC, Birmingham)

Advanced Electric Machines develops ‘most sustainable motor in the world’