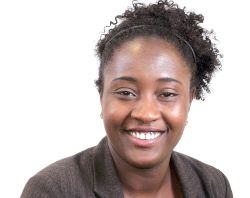 The motorsport industry employs over 40,000 people yet only one per cent of its employees are black. This has got to change, says Dr Nike Folayan, co-founder and chair of the Association for Black and Minority Ethnic Engineers.

Over the last year, specifically since George Floyd’s murder and the global Black Lives Matter protests, the world has been in a heightened state of awareness on racial discrimination. Many have responded by issuing statements, social media gestures to show solidarity in support of anti-racism. That said, the systemic challenges around racism are still often misunderstood.

Most company websites now include some diversity and inclusion statement. Diversity and inclusion ,although not new, has gained traction with renewed focus on ethnic diversity. While this is encouraging, it is hard not to be cynical about the sincerity of these expressions, especially when one considers the fact that little of substance has changed in our organisations.

As the only black driver in the history of Formula 1, seven-time world champion Sir Lewis Hamilton was always aware of the lack of diversity in motorsport, not just on the track, but in the pits, workshops, design offices and R&D laboratories. The fact that Mercedes F1 fluid engineer, Stephanie Travers in 2020 was the first black women to ever be on a F1 podium illustrates this underrepresentation. Most shocking is the fact that despite the fact the motorsport industry employs more than 40,000 people, only one per cent of its employees are black.

Having reached the pinnacle of his sport, Hamilton set his sights on understanding specific barriers to the recruitment into, and progression within of black people in UK motorsport. He reached out to the Royal Academy of Engineering and in June 2020 The Hamilton Commission was launched.

For me, being on the Commission was an important step in AFBE-UK’s drive over the last 14 years to change the status quo. The enthusiasm and real passion demonstrated by all the Commissioners was palpable. The real challenge, as with other research endeavours on ethnic diversity, was the availability of data/demographics and using the data to determine the key drivers to enable change.

Since the release of the report, it is heartening to see the F1 community already responding with apprenticeship opportunities and sponsorships. AFBE- UK is working with Mercedes-Benz Grand Prix on their Accelerate 25 programme, this effort is designed in a way to ensure meaningful impact on the communities most affected. However, to grow beyond the one per cent the route to inclusion is nurturing the talent already within organisations. One of the recommendations of the commission is for F1 to develop a diversity and inclusion charter.

Although diversity and inclusion is still a somewhat uncomfortable subject it is great to see that the industry has begun to embrace the idea that we must look holistically, and not only in terms of gender diversity. Recent world events have also emphasised the need to be introspective. My hope is that the recommendations in the report will be spark the measurable change that will allow all to engage with diversity in a way that goes further than recruitment practices and translates into inclusion, nurturing and retaining talent. Such long-term impact is what AFBE-UK and Sir Lewis Hamilton via this commission aspires to achieve.

Dr Nike Folayan MBE is a chartered engineer and a telecommunications engineering consultant. She is co-founder and chair of the Association for Black and Minority Ethnic Engineers