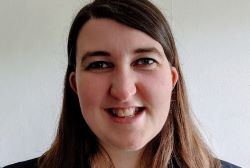 As the space race gains new momentum, Louise Mansion, associate from Marks & Clerk, looks at the complexities of patent protection in space.

There’s a fresh wave of space race excitement and ideas that were once science fiction – from Mars missions to moon bases – could become a reality.

Investment in space tech from private companies and governments has never been so popular.  Testament to this is the UK government’s Global Screen Fund which will see £7m divided between 21 organisations at the forefront of space innovation.

They include Spaceforge which is aiming to develop satellites that can be launched into orbit, manufacture a product in orbit, then controlledly return it to Earth.

Space: the next frontier for additive manufacturing

There is existing legislation that determines what country’s jurisdiction space comes under. The State of registry retains jurisdiction over a space object whilst it is in space, and it is the “launching state” that must register the object. So it seems the Intellectual Property law of the launching State is relevant for a particular space object.  However, the launching state is not necessarily the country from which the object leaves Earth (and is highly unlikely to be the country in which the object lands when returned to Earth).

Patent law for infringement generally has a territorial aspect – the infringing act must take place in the country in which a patent exists.

So although the law of the registry State applies to the manufacturing satellite in space, it’s not clear if an act such as manufacturing in space is deemed to have been carried out in the registry state, or merely under its jurisdiction.

The UK is defined [i] as being “Great Britain and Northern Ireland”, rather than anywhere the UK has jurisdiction. By comparison, US patent law includes an explicit provision [ii] specifying “any invention made, used or sold in outer space on a space object or component thereof under the jurisdiction or control of the United States shall be considered to be made, used or sold within the United States”.

Evidently the situation is inconsistent across the world, however there are indicators as to how the law may develop.

The World Intellectual Property Office has opined in favour of the US approach [iii].

Furthermore, the legislation relating to the International Space Station (ISS) provides an example of a multi-lateral legal framework. The agreements in place for the ISS include IP provisions establishing that an activity occurring in/on an ISS flight element is deemed to have occurred in the territory of the Partner State of that element’s registry.

Although this does not help in determining the question of manufacturing on a satellite that is not part of the ISS, it provides a good example what some countries at the forefront of space innovation may be willing to agree to.

It’s interesting to look at the laws surrounding returning products to Earth and whether they fall under any exclusion for temporarily passing through the country of return.

The Paris Convention for the Protection of Industrial Property provides certain limitations on the exclusive rights conferred by a patent in order to guarantee freedom of transport.  But it specifically relates to the use of a device so seems irrelevant to the situation of a product being imported from space.

This legislation does not extend to articles being retrieved from orbit that are unrelated to the ISS, but again provides some indication of what may be deemed fair and reasonable in the event a multilateral legal framework for the application of patents to space is ever drawn up.

A need for clarity

If there is no clear answer to the questions around infringement for acts carried out in space, space could become a loophole to patent law that manufacturers of all goods could take advantage of.

The prospect of full-scale manufacturing plants orbiting Earth just to avoid patent infringement does seem like science fiction.  But perhaps the reflex to dismiss such a notion comes from the belief that large scale manufacturing in space would be prohibitively expensive.

Such reasoning can only hold up for so long.  As happens in all areas of technology – over time satellites are becoming cheaper and more readily available, and this will continue.

Given a patent term is 20 years, if launching satellites for in-space manufacturing become affordable in that timeframe then businesses should start thinking now about getting protection in place.  Therefore, perhaps now is also the time to push for clarity on patent infringement in space.

[i] Defined in the Interpretation Act 1978

[iv] The Agreement on Cooperation in the Detailed Design, Development and Operation and Utilisation of the Permanently Manned Civil Space Station