A new study by Nottingham and Durham Universities claims that the 2019 Brazilian dam collapse could have been foreseen with the right monitoring technology. 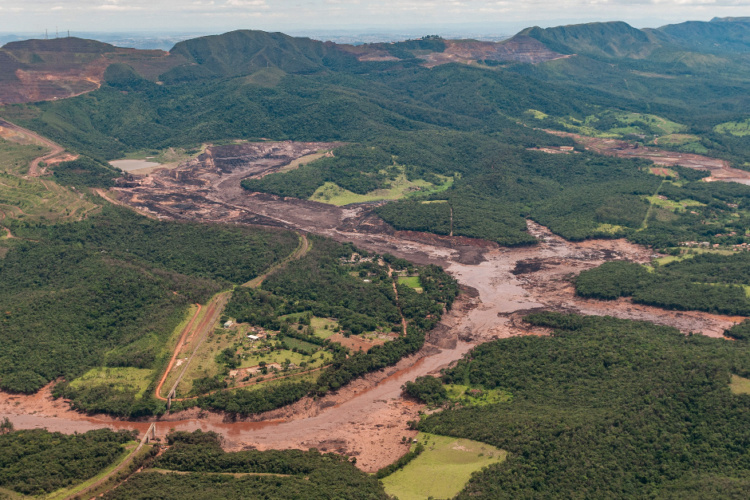 The collapse in south-east Brazil, which took place on 25 January 2019 at a tailings dam near the Corrégo do Feijão iron ore mine in Minas Gerais state, was one of Brazil’s worst environmental disasters, killing over 200 people.

Owned by Vale, Brazil’s largest mining company, the dam was used for more than 40 years to hold waste from the mine. Its collapse caused a torrent of sludge to cover surrounding land, destroying homes and polluting rivers with toxic material.

The study’s lead author, Dr. Stephen Grebby from the Nottingham Geospatial Institute at the University, said that a significant number of these types of dam need enhanced monitoring.

“Most mining companies currently rely upon ground-based sensors to monitor the stability of dams,” Grebby explained. “However, these typically offer an inadequate coverage of measurements across the whole of the dam, which can make it difficult to detect movement or other signs of distress.”

Grebby said he would like to see InSAR (satellite radar imaging) become standard practice to check for small ground movements in and around dams. In collaboration with Durham University and Nottingham spin-out company Terra Motion Ltd, he investigated whether the failure in Brazil could have been foreseen.

The researchers said they used an advanced InSAR technique called Intermittent Small Baseline Subset (ISBAS), developed by Nottingham University and Terra Motion, to help overcome the limitations faced when using some of the more conventional InSAR techniques over vegetated terrain.

This technology looks down from above, offering a more complete picture of ground movements with ‘millimetre-level accuracy’, according to the team.

Dr Grebby explained how their results revealed that different areas of the dam were moving at different rates, with some being seen to accelerate suddenly during the two months preceding the collapse.

“If monitored correctly, using the ISBAS InSAR technique, the failure date could have been predicted to within a week of it happening. Crucially, this prediction would have been possible around 40 days prior to the collapse, allowing time for a warning to be raised that the dam was becoming unstable.

“This could have led to more in-depth monitoring or other mitigation measures to avert the loss of life and environmental disaster that tragically unfolded.”

Dr Andrew Sowter, CTO of Terra Motion Limited and inventor of the ISBAS InSAR technique, added: “This work would not have been possible without the availability of free satellite data from the Sentinel-1 mission which has global reach and is sustainable for the foreseeable future.

“Along with the innovative approach described in this paper and our unique InSAR products, this means that a low-cost operational remote tailings monitoring system is within reach at local, regional and even national scales anywhere in the world.”

Researchers are now looking to develop the technology as software that can be offered to the mining industry, looking out for a reliable, early warning system to predict the risk of imminent collapse at tailing dams. The study is published in the journal Communications Earth & Environment.