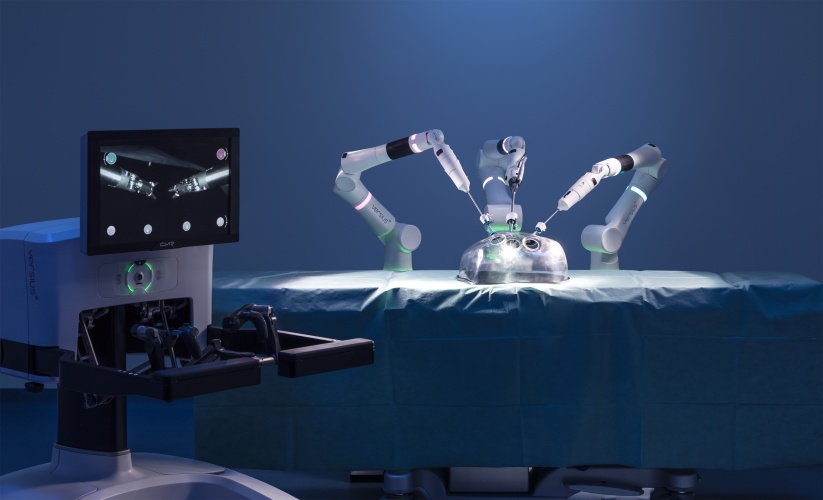 Built by Cambridge-based CMR Surgical, Versius has three independent arms that are controlled by a surgeon in a way that mimics human movement, enabling precise surgeries while also making long procedures less strenuous. It has been designed to enhance how surgeons perform MAS, or keyhole procedures, such as major gynaecological and colorectal surgery. Its first NHS procedure was carried out at The Western General Hospital in Edinburgh, part of the NHS Lothian Health Board.

“We are delighted to be creating history and to be at the very forefront of medical science,” said Dr Tracey Gillies, Medical Director at NHS Lothian.

“Our team at the Western General Hospital are the first in Europe and among only a handful in the world to pioneer this new type of robotic surgery. This is a really exciting development and is a credit to the team, who are determined to push boundaries to provide the best patient care possible.”

The initial procedure in Edinburgh was followed by another one shortly after at Milton Keynes University Hospital NHS Trust. These early surgeries have been colorectal operations to treat patients with sever bowel disease or bowel cancer.

“Innovative robotic systems like Versius are set to play a vital part in delivering world-leading surgical care across the NHS and I am delighted that the team at Milton Keynes will be some of the first in the world to be routinely using this technology,” said Professor Joe Harrison, chief executive at Milton Keynes University Hospital NHS Foundation Trust.

“Versius represents a remarkable step forward in this field and one that could help make keyhole surgery far more accessible. The hope for us is that this will lead to better outcomes for patients as well as helping us to free up bed space that can then be used to help others in need.” 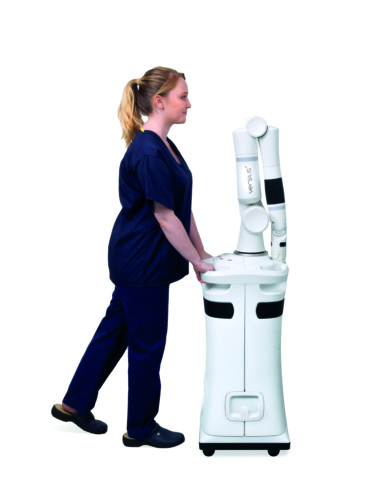 Versius has the potential to open MAS to a much wider range of patients. According to CMR Surgical, the technology’s portability is a key factor in this, enabling Versius to be moved around hospitals quickly, and potentially even between different hospitals in the same Trust. Once in theatre, it takes just 15 minutes to set up the robot.

“We set out to design a system that was versatile, portable and cost-effective, and it is immensely rewarding to see it now being used in the NHS – one of the most thorough and clinically rigorous health systems in the world,” said Mark Slack, chief medical officer at CMR Surgical.

“We are intent on ensuring the responsible introduction of this technology, and the skilled expertise and focus on innovative research at these NHS sites make them the ideal place for this technology. Our focus now will be on working with the surgical community across the UK to provide the option of minimal access surgery to everyone who may benefit.”