Hydrogen will play an important, but niche, role in the decarbonisation of the UK’s rail network writes Plextek CEO Nicholas Hill. 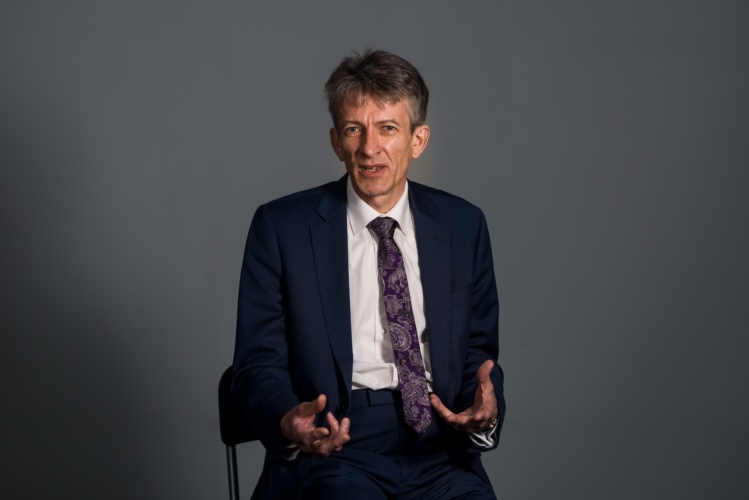 In years to come, if you live in East Anglia, you might find yourself travelling to the coast on a hydrogen powered train from say Norwich to Cromer, or Ipswich to Lowestoft.  It may feel quite futuristic, or you could enjoy being in the avant-garde of decarbonising our transport system, or you may simply enjoy the absence of noise from a Diesel engine.  You will certainly feel quite privileged, as it’s likely that the only other travellers who will be experiencing this mode of travel will be in rural Wales.  Why so?  Because hydrogen is likely to play an important, but rather niche, role in the decarbonisation of the UK’s rail network.

Surface transport is currently the UK’s largest greenhouse gas emitting sector, with emissions broadly constant since 1990, while in the previously dominant sectors, industry and power, emissions have decreased dramatically.  Around 95% of these emissions come from cars, vans and HGVs, with rail contributing around 2%.  Given that rail is currently the only zero-carbon transport mode capable of moving both people and heavy goods, our first priority should be so called ’modal shift’ – getting people and freight off our roads and onto trains.

Let’s say we have taken the necessary actions on modal shift; how do we reduce the carbon footprint of rail? The UK rail network lags behind some other countries in electrification, which currently stands at 38% of track kms.  Non-electrified track currently requires Diesel traction, which accounts for the bulk of rail’s ‘tailpipe’ carbon footprint.  As the renewables content of our electricity network gradually expands, the contribution from electric traction diminishes – reducing to zero once all electricity is renewably sourced.

So, how do we get rid of all those Diesel trains? One of the technologies under consideration is hydrogen, with multiple units already in service in Germany and trials underway in the Netherlands and the UK.  A typical train would have hydrogen fuel tanks – a 350bar pressure vessel – a hydrogen fuel cell to generate electricity and a traction converter to power the motors.  It would likely have chemical batteries and DC-DC converters to provide energy for peak demand during acceleration and as a store for regenerative braking.  The combustion product from the fuel cell would be water, so there are no carbon emissions from the train itself.

With the exception of the need for special storage and refuelling facilities, hydrogen trains look like a fairly straightforward replacement for Diesel, running on standard, non-electrified track.  So why did I suggest they would be a rare sight in the UK?

Firstly, hydrogen storage is bulky. Even at 350bar, the volume of fuel needed is eight times that of Diesel.  This is a particular problem for long range or freight services.  Secondly, hydrogen is not likely to be suitable for high-speed services, those over 90mph.  Another factor is that hydrogen trains require the development of large-scale electrolysis – most industrial hydrogen is currently produced by splitting methane into hydrogen and carbon dioxide, which does nothing for decarbonisation.  And finally, a hydrogen train using electrolysed fuel requires three times as much electrical energy as an equivalent electric train for a given number of journeys, thanks to the combined losses in electrolysis, fuel compression and fuel cells.  And the impact of that is the need for three times as much renewable plant.

Scottish hydrogen train to debut at at COP26

As a consequence, Network Rail’s Traction Decarbonisation Network Strategy recommends that the non-electrified parts of the network are converted as follows: to electric traction (85%), to hydrogen traction (8%) and to battery traction (5%), calculated by track km.  If you consider that the hydrogen and battery routes are also the least busy routes, the proportion of hydrogen journeys is smaller still.

Electric traction has huge advantages.  There is no need to transport the fuel used, saving space.  It is energy efficient.  For services where four or more trains run per hour, it has a lower whole-life cost than either hydrogen or battery.  It is suitable for high-speed services and for freight.

Electrification’s biggest drawback is installation cost, which ranges from £1m to £2.5m per track km.  The costs are at the high end where headroom is limited in existing bridges and tunnels and there is not enough clearance for the overhead lines and also where site access is difficult.  Not surprisingly, getting the per km cost of track electrification down is a major enabler for decarbonisation and is a topic commanding a lot of attention.

Balancing all the pros and cons, Network Rail concludes that a decarbonised railway is in effect an electrified railway, with small but important contributions from hydrogen and battery traction.  This is the long-term view of course, and hydrogen may well have an important interim role in removing Diesel trains from service quickly until such time as the electrification programme is complete.  In the end, hydrogen will find a home, providing low speed passenger services on quiet, rural lines with low traffic volumes, or where electrification is particularly expensive to implement.

Which takes us back to the coastline of Norfolk and Suffolk, which is one of the two areas in the UK where Network Rail envisages significant take up of hydrogen trains.  Personally, I look forward to the prospect of a relaxed journey through the beautiful countryside of this area, in a quiet, emission-free train powered by a technology that still has something of a ‘space age’ feel to it.