The uptake of engineering apprenticeships has declined to the lowest level in two years, according to research by Nixon Williams, a provider of accountancy services to engineering contractors. 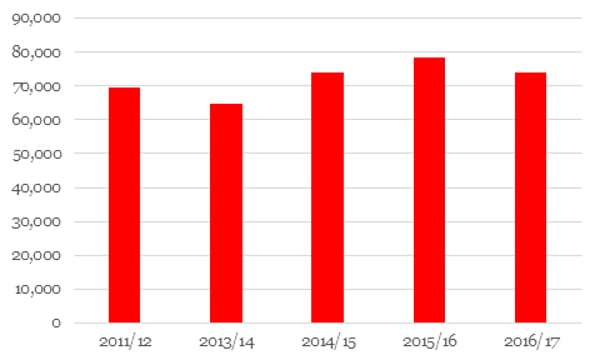 Derek Kelly, CEO of Nixon Williams, said: “The number of people starting engineering apprenticeships was recovering from its 2013/14 trough but the impact of the new apprenticeship levy and obligations on smaller employers to meet some of the training costs has clearly discouraged the use of apprentices.

“The question is whether the initial drop-off in the number of engineering apprentices will bounce back or whether we will see further falls as employers invest in upskilling existing staff instead.”

“The UK has suffered from a chronic underproduction of engineering skills, which has made it increasingly reliant on foreign talent to plug skills gaps. With the UK leaving the EU, that model is under threat, which makes indigenous skills and training more important than ever for the UK engineering sector.

“The UK is predicted to need approximately 87,000 new engineers every year. UK universities churn out around 50,000 engineering graduates per year, many of whom do not remain in the country, so increasing the talent pipeline through apprenticeships will be vital to meeting that demand. In places like London, where demand for engineering skills is particularly robust, apprenticeship places are very hard to find.”