Breaking out of the mould

With engineers dreaming up increasingly intricate designs, software for 3D printing is beginning to fall short of expectations.

If you can imagine it, then you can probably print it. That’s the promise proponents of 3D printing have been offering since its rise into the mainstream. In the past year, the technology has provided the world with everything from working guns and self-assembling furniture to living, human kidneys.

But while ideas for 3D printed products are increasing, the software to create these concepts has yet to catch up. Engineers largely use computer-aided design and manufacturing (CAD/CAM) to produce their 3D-printed designs. This software ‘slices’ the design into digital cross sections for a printer to build in successive layers.

The layers are joined together automatically to create the final design, corresponding to the initial computer model. Common techniques include fused deposition modelling (FDM), selective laser melting (SLM) and multi-jet modelling (MJM). All have in common the ability to create intricate designs for a fraction of the cost anywhere in the world.

There remain, however, some major restrictions. ‘We are fighting with the software that is available to us because it’s too basic,’ says Phil Reeves, managing director of Wirksworth-based 3D print design consultancy Econolyst. He believes that the 3D printing market has, in some ways, got ahead of itself. Without a push to get the software up to speed, Reeves claims the UK could miss out on the benefits that 3D printing could bring.

CAD/CAM packages, for instance, were initially created to design products that are machined, cast or injection moulded. ‘If I were going to make a really complicated lamp shade as an industrial designer, ordinarily I would think about the split lines that I’m going to put onto the mould tool, and that’s the way the CAD software lets me think,’ explains Reeves. 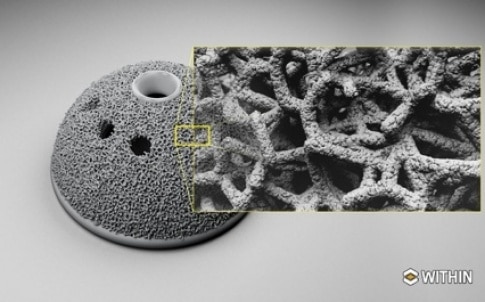 3D-printed products, such as human prosthetics, have complicated shapes and organic structures. Software is beginning to emerge that is specific to this design process, but much of it caters to prototypes rather than the end product. Examples include Within, Optistruct and SolidThinking, which have all specifically designed their software for the 3D printing process.

Software from London-based Within Technologies, which produces 3D printed objects with an organic honeycomb structure, allows design engineers to alter parameters such as the stiffness of the object throughout. They can hollow out a design to reduce the amount of material as well as its weight and tailor the thickness and centre of gravity of their products. 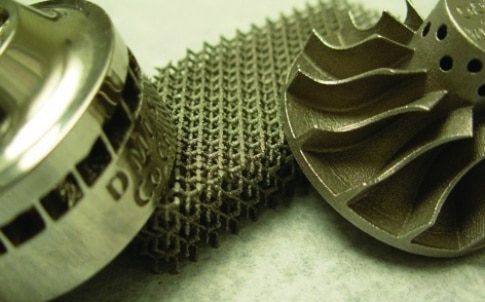 It’s these types of complex tools that design engineers now need if they are to move their ideas from paper to print. The incentive for large vendors to get a slice of the 3D printing market is increasing. A recent survey by MarketsandMarkets suggests the global 3D printing market could grow to $8.4bn (around £5bn) by 2020. This represents a predicted annual increase of 23 per cent and most growth is expected in the automotive, healthcare, aerospace and consumer markets.

James Bradbury, a co-ordinator at Exeter University’s Centre for Additive Layer Manufacturing (CALM), agrees that limited functionality in most CAD software is a barrier to growth in the 3D printing market. He claims that to create organic freeform shapes ‘there are no 3D printing default basic guidelines or supporting modelling features like there are for injection moulding or metal fabrication’.

‘We are seeing a transition towards better software but it’s very slow and it isn’t coming from the traditional CAD vendors,’ says Reeves. ‘It tends to be smaller software plug-in companies that are bringing out modules.’ Larger companies, he says, have instead focused on the integration of CAD with other enterprise software. ‘It’s been below their radar for a long time. It’s been smaller niche players who have seen that opportunity. It’s a very fragmented ecosystem at the moment.’

Limited functionality isn’t the only problem. The different CAD software packages used means that the current 3D printing process is complex and disjointed. Some software vendors are showing interest is streamlining the process. For instance, Autodesk has a partnership with Stratasys to print directly from AutoCAD software, which will benefit makers and modellers.

While improved software opens up a host of opportunities, moving away from CAD will also create challenges. ‘There will be a learning process for engineers,’ says Reeves. ‘I don’t think in the future you will be clicking and defining shapes and adding them together. Instead, you will be defining an object.

”If you imagine a genetic-type structure, that’s where 3D printing works really well. A computer can generate that very easily.

‘The software will use mathematics to generate an object because it will be so complicated a human couldn’t design it. If you imagine a genetic-type structure, that’s where 3D printing works really well. A computer can generate that very easily. The designers have to learn the constraints to let the software do the design.’

Making the software open-source could provide a solution. ‘There are several open-source tools such as Replicator G, which process 3D models that come from CAD/CAM systems,’ says Detlev Reicheneder, senior industry manager manufacturing at Autodesk. ‘But this is more applicable for the makers market and supports mainly 3D printers such as Makerbot. 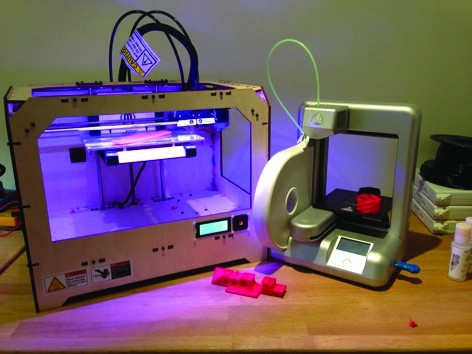 Bradbury agrees: ‘I believe the open-source software will lead the way in opening up new opportunities. But until licensees of professional CAD/CAM packages stop, turn around and tell their makers “we want these features and abilities added”, this will unfortunately be a slow and painful process.’

3D printing’s promise to create end products where the only limit is imagination still seems some way off. But getting the software right is an important first step. Until then, the best 3D-printed products are likely to remain on prototype shelves.

Breaking the mould and shaping the future at Aston Martin