When film director James Cameron became the first man to complete a solo trip to the deepest point in the ocean, Graham Hawkes was happy to be thousands of miles away, diving in the two-man winged submersible he had built for billionaire businessman Tom Perkins. Of course, most people would be happy in this situation, and for Hawkes it’s a regular part of his routine - he has spent the past four decades designing manned underwater vehicles for research, industry and personal pleasure. But on that day he was particularly glad to be away from civilisation, as Cameron and his team were busy achieving what Hawkes had been striving for for more than 20 years.

The recent efforts of several groups to single-handedly reach the bottom of the Mariana Trench in the Pacific Ocean (oceanographers Don Walsh and Jacques Piccard made the first journey in 1960) had become something of a media-constructed race. Cameron’s ‘competitors’ included one team backed by Virgin Oceanic that had bought the craft Hawkes designed for the late businessman and adventurer Steve Fossett. However, the DeepFlight Challenger vehicle had been ready for sea trials by the time Fossett died in 2007, and its creator was so confident it would succeed that for him the challenge was already complete.

‘No one understands this but, as an engineer, as soon as the numbers work out and you know it is possible, in some ways you’re done,’ said Hawkes. ‘I hope this doesn’t sound callous but by the time we lost Steve I had got out of that programme what I, as an engineer, wanted.’

Softly spoken with a US twang to his British accent that comes from years of living in California, Hawkes comes across as unassuming despite his achievements. He formerly held the world record for the deepest solo dive; he can recount tales of encountering a great white shark while flying under water with Richard Branson; and he even appeared in the James Bond film For Your Eyes Only, piloting the one-man submersible he helped design. 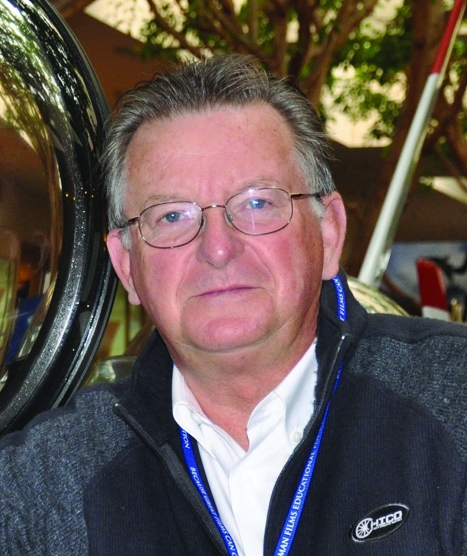 Yet back in the 1990s, he said, he was the only ‘nutcase’ working on a vehicle to take him to the depths of the Mariana Trench. And, crucially, he wanted to do it in a way that was much cheaper than previous missions by building a craft light enough (less than 10,000lb) not to need a dedicated launch ship. After years of failing to secure financial backing, he agreed to let Fossett - who had also long held a similar ambition - fly the craft in return for putting up the cash to build it.

‘I always felt it could be done for much less money - $5m instead of $100m,’ said Hawkes. ‘Anything more than 10,000lb is just too heavy to go and rent a ship as needed.’ Basing the craft on the most space-efficient shape - a cylinder - in order to reduce weight created the need for stronger materials to cope with extreme pressures. ‘We suddenly realised that we could get there with carbon,’ Hawkes said. ‘If we very efficiently wound carbon, fibre by fibre, then with the theoretical properties of the material - the strength-to-weight ratio - we could do it.’

Creating the viewing domes that Hawkes wanted added further complexity to the design. ‘We made life 10 times harder by the other goals we set,’ he said. ‘A steel sphere with a conical frustum viewport will answer the purpose of getting to the bottom of the ocean… But if you’re squinting through a little porthole, then why not just use a camera? If you’re going to go down there, let’s have panoramic vision or don’t bother. That requires a view dome and changes the complexity of the pressure hull enormously.’ 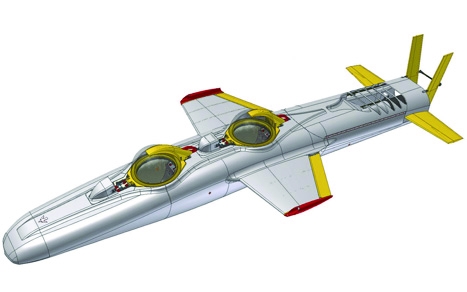 Working very closely with Fossett on the design meant taking his input but also freed Hawkes from some typical constraints. ‘[Normally] I am not going to be responsible for taking away obvious basic safety systems but that’s what Steve and I were able to do with the design,’ he said. ‘We were able to pare this thing down to the bare minimum, which you have to do really for a record-breaking machine.’

Given the importance of Fossett to the vehicle’s design, it’s not surprising that when he disappeared while flying an aircraft over the Nevada desert the project came to a halt. ‘I felt that craft was so much Steve - and myself - that the programme best just stop,’ said Hawkes. ‘You can’t really just hand it to some third party and say “go for it”, so I didn’t try to find somebody else… I tell that story and it doesn’t make sense to most people. Most people see the end result only as going down; they don’t understand the engineering reward of having built and tested that machine.’

After deciding it wasn’t worthwhile to mortgage his home to buy the craft from Fossett’s estate, Hawkes and his wife Karen decided to build their own vehicle and experience for themselves the wonder of flying through the ocean. So when the Virgin-backed team, led by entrepreneur and sailor Chris Welsh, resurrected the project, Hawkes had to think twice about returning. ‘I needed assurance it would be bought for its original purpose and not be used as a tour sub,’ he said. ‘I had to be pretty sure that I thought that the person making that dive knew what they were doing and what they were getting into.’

“Once you’ve achieved a goal, what it usually does is illuminate the next one”

After such a marathon process, Hawkes admitted that Cameron’s success stung. ‘It shouldn’t have, because it’s been a long time. He deserves that,’ he said circumspectly. ‘Life is like that - it hurt Steve much worse than it hurt me.’ But as well as the belief that DeepFlight Challenger could have made the journey much earlier had Fossett lived, Hawkes also had different goals from Cameron and it was these that led him to the craft he built for himself: the DeepFlight Super Falcon. 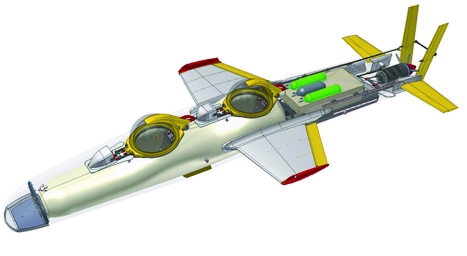 ‘I was never in the race because I wanted to get under 10,000lb and I wanted to fly in the ocean,’ he said. ‘I’m hopeful that engineers might understand this; that once you’ve achieved a goal, what it usually does is illuminate the next one… This craft that we’ve built is the one I’m most proud of. Everyone’s going to ask “how deep does it go?” but I’ve been there and done that - I don’t care about that. What I want is a balanced capability to move in a three-dimensional space the way that big animals do.’

Now he has this capability, Hawkes isn’t leaving the submersible business behind to enjoy a retirement exploring the seas. He now aims to bring the costs down further so that thousands of people can have the experience so far limited to himself and a handful of billionaires - and hopes to make an announcement soon. ‘This is an ocean planet and there will be a Boeing of the future building craft to take us down, and I think we’re taking a shot at that,’ he said. ‘The full ocean-depth thing is a record but that means one man. We need to find something bigger than that.’

Q&A
Why do you think there’s so much renewed interest in the Mariana Trench?
If you really look hard at the situation and ask who has the hardware - who’s actually working on this as opposed to talking about it - there aren’t that many. Once you’ve got people such as Cameron and Sir Richard Branson working at this then suddenly it’s a different ball game. Before it was just Graham Hawkes and who the hell is he? Suddenly you’ve got a race and other people saying ‘I could do that’ - that’s what I think has happened here. And it’s terrific that Cameron and Branson have brought some daylight onto all this stuff.

What inspired you to take on the challenge?
In the field I’m in, it has been the Holy Grail since I was a lad. I ended up working in the North Sea, and manned vehicles for the deep ocean were, and are, going extinct. I thought I understood why: the cost of the support ship - it’s too heavy and too clumsy. My goal was to get rid of the ship; just get to the bottom of the ocean and be done with it.

Were you always interested in submersibles?
Actually, I grew up dreaming of aircraft. It would have been great to be born at the turn of the century, when as an individual you could make a difference. You could build an aircraft in the back yard and go fly the thing and set a world record. But nowadays engineering’s just been taken over… We were born too late to make a difference. Then I got to look at this subsea stuff and I saw this is where aviation was all those years ago. The whole field was completely backwards, and that’s why I jumped in.