Bringing the benefits of new innovation to the NHS is no easy feat says its technology adoption chief.

There’s a strange paradox when it comes to technology and the NHS. You’d expect innovations that cut the number of hospital visits a patient has to make - for example, a 30-minute breast cancer test that means a patient can receive an operation the same day - to be snapped up immediately. But in an organisation as complex as the National Health Service, things aren’t that simple. 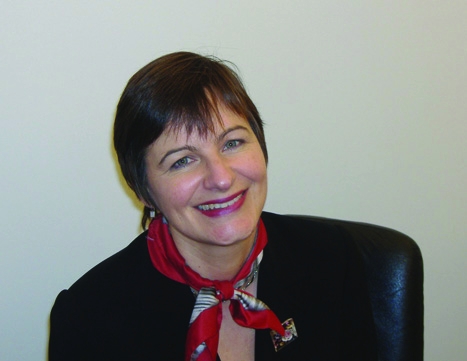 ‘From a patient point of view, it’s absolutely fantastic,’ said Sally Chisholm, chief executive of the NHS’s Technology Adoption Centre (NTAC). ‘You save them a second operation and they know much more quickly the level of their cancer. But from a hospital point of view, normally when that patient comes back for their second operation, the hospital would be getting paid more money, because that’s the way the payment works in the NHS: it’s linked to activity. So apart from the quality, and the fact hospitals want to do the best they can for their patients, from a financial point of view we would say that’s a real disincentive.’

NTAC was founded in 2007 to identify such barriers to the adoption of technology in the NHS and to provide practical ways around them. Having taken over the organisation in May 2010, Chisholm now faces the prospect of working with a potentially very different NHS thanks to the broad-reaching reforms that are currently battling their way through parliament.

But while the way that new technologies are commissioned could change, there are some other fundamental issues that restructuring won’t necessarily affect. One of these is the task of working out what benefits a technology will provide and whether these make its use worthwhile. Then there’s the job of implementing it across a department, hospital or local area, with all the training and due process that goes with this.

‘It’s not as simple as having the technology delivered in the box and taking it out and suddenly everybody’s using it,’ said Chisholm. ‘People are wary of change until they are certain about it. They want to know that, if it’s going to be used on patients, there is evidence that it will work in a clinical setting.’ Staff concerns about a new technology’s effectiveness can also mean it ends up being used alongside a previous method, adding to cost instead of reducing it. ‘And time is a factor too,’ she added. ‘Putting change in place often comes on top of somebody’s already busy day job. And we know that you can’t just rely on one or two people; if you want this to be adopted and used routinely by a whole clinical team or organisation, then you have to involve people in that change or they’ll feel that it’s being imposed on them.’

“People are wary of change until they are certain about it. They want to know there is evidence it will work in a clinical setting”

Having worked as both a radiographer and in information analysis and commissioning for the NHS, Chisholm is well placed to understand how technology can benefit both patients and staff. ‘My experience of recognising that you can really improve care by helping people to collaborate and change the way that they practise was very rewarding,’ she said. ‘And it was with my clinical background and an interest in technology that it all came together.’ 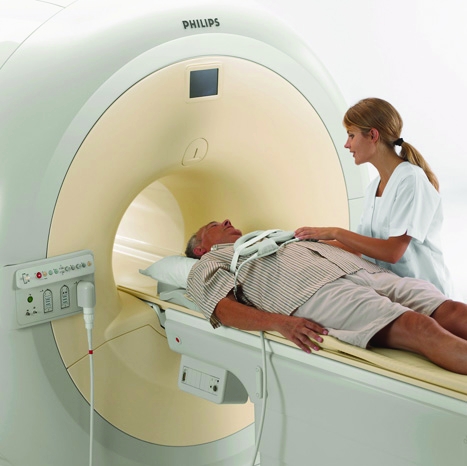 Although NTAC doesn’t exist to roll technologies out across the country, it does operate at both national and local levels to help overcome these barriers. As well as running live adoption projects with organisations to help them implement specific technologies, it offers a variety of resources and reports for all the layers of the health service including the government.

It can even act as an intermediary between organisations and government. For example, if using a technology is going to lower a hospital’s income because of the set tariffs for the number of patient visits, NTAC can help negotiate with commissioners to resolve the problem. But it can also alert the Department of Health so that the tariff can be changed at a national level.

The government’s proposals to replace local NHS authorities with a much higher number of GP commissioning groups raise the question of how this more fragmented structure will affect NTAC’s goal of preventing new technologies being confined to small pockets of activity. Chisholm believes the idea is GPs will be more focused on patients’ needs and more flexible in their approach. ‘The aspiration is that clinicians will have a stronger say in the care that is being delivered in the future,’ she said.

‘So if, for example, some of the GP commissioning groups start to look to technology, then it may well be that [technology adoption] is actually sped up in the future.

There are lots of things now that can speed up communication between primary and secondary care and there are lots of tests that can be undertaken in the community that you used to have to go to hospital for.’

To help the new commissioning groups and existing service providers, the NHS plans to bring all its information about new technologies together on a single website. ‘One problem is that lots of people do really good work but it doesn’t get shared,’ said Chisholm. ‘There’s active work going on to look at having one place where people who are looking for a technology solution can go and find out what others have done in other places. There’s recognition that it is quite widely disseminated at present and often pot luck as to whether they find out something.’

As with so much related to the proposed reforms, it’s very difficult to know just what effect competition and commissioning groups will have on technology and whether they really will help to unlock its potential for the NHS. But as Chisholm puts it: ‘As long as people have access to the relevant information, and they’ve got things such as our advice on how you undertake these sort of processes, then one can only hope that that will happen.’

What relationship do you have with technology companies?
As the NHS tries to make sure it’s spending its resources as efficiently as possible, a lot of organisations have really reigned in the access that manufacturers have. And sometimes it’s beneficial for companies to understand what are the facts and the data that NHS organisations need to know. So they’ve been coming to us and asking if we can advise them about whether or not they have got everything they need to be able to talk to NHS organisations. One of the benefits is we usually know somebody who we can ask: ‘If someone came to you with something like this, would you be interested and, if you were, what would you want to know about it?’

How can technology companies improve their dealings with the NHS?
Companies are passionate about the products that they produce. They’ve often been involved with them from the inception and they really passionately believe in them. But there’s an expectation of very strong and robust evidence that is usually required by purchasing NHS organisations, and unfortunately that has an upfront cost because people have to get involved in clinical trials and things like that. It can be very difficult, particularly if it’s in a niche market where there are not very many patients. So it’s understanding what the things are that the decision makers need to know and having that data available but in some kind of independent format.

Which area of technology do you think will most affect the NHS in upcoming years?
What patients are really intrigued by and welcoming of are some of the uses of telemedicine and access to diagnostics in the community. Basically they’re ways that technology can be used to transform how people access their healthcare. Because people’s conditions can be monitored in effect by themselves at home, people don’t need to have access to a health professional to have their drugs changed - that only happens when they need it. It’s about making sure the healthcare support gets targeted at the people who actually need it. Maybe three or four days beforehand, somebody will spot that something’s not quite right and they might then get some support at that stage, which might mean they don’t go into hospital. That’s a great win.

Is there a device you’ve seen recently that’s made you really excited?
One of the projects we’re working on is a clever ultrasound device that measures fibrosis in the liver. Normally, the way you find out the state of somebody’s liver is by doing a biopsy: you have to stick a big needle in it and take a chunk out, which isn’t very nice and means going into hospital. This technology seems to give the same sort of results by giving somebody a quick ultrasound scan. That could be transformational for the NHS both in terms of the patients getting a diagnosis with a lot less hassle and it being more cost effective.

Can technology save the NHS?