The arrival of the autonomous car is set to pose a lot of technical challenges, but one that has been largely overlooked until now is car sickness. 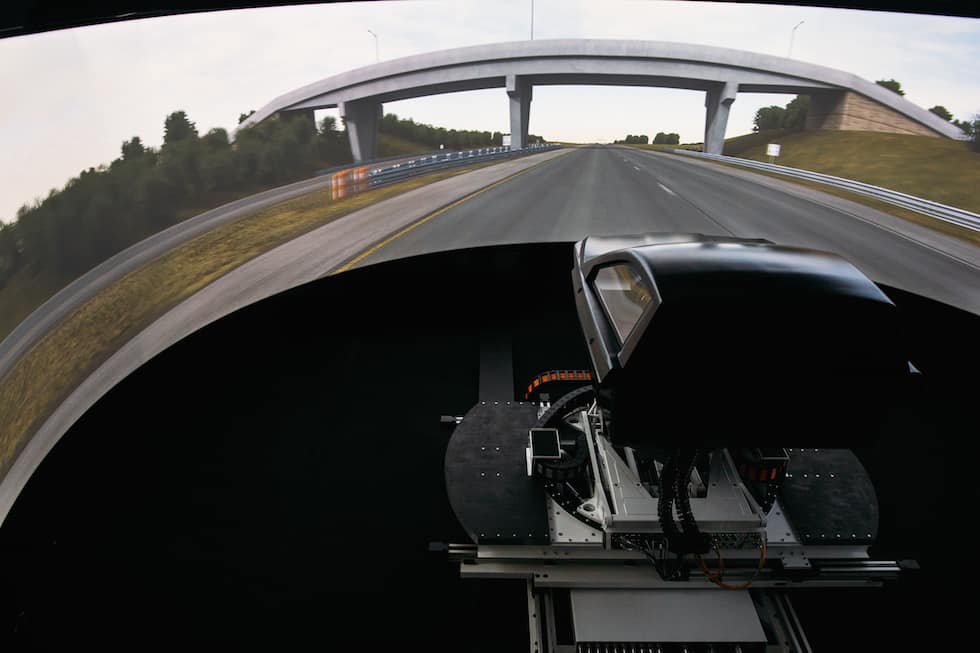 A recent study by the University of Michigan concluded that 22 per cent of adults are likely to experience some degree of motion sickness in an autonomous car. However, Norfolk-based simulator specialist Ansible Motion is now working with a number of car makers to investigate how this could be mitigated.

Motion sickness stems from other sensory inputs – usually vision – apparently contradicting the movement felt by the body’s vestibular system. It’s particularly common while reading or watching video footage, which the UM study concluded were some of the most likely activities for passengers inside a fully autonomous vehicle.

Previous studies have shown that design factors such as the size and shape of the vehicle’s windows, along with its ride frequency and NVH characteristics can all influence motion sickness. Where the simulator comes into its own is the ability to modify these characteristics at the touch of a button and run fully repeatable tests without incurring the cost of developing a physical prototype.

“By swapping these components around virtually, designers can see what combination gives the smoothest ride. This means that when the first physical prototypes are created they are already designed to mitigate motion sickness,” siad Phil Morse, technical liaison officer for Ansible Motion.

This is by no means straightforward, however. Traditionally, simulators have struggled with motion cueing and visual latency – so much so that they can have a tendency to induce motion sickness in people who wouldn’t normally experience it. This even has a name: Simulator Adaptation Syndrome.

Ansible Motion claims that by carefully studying the responses of the human vestibular system it has been able to create a simulator that not only overcomes these issues during normal running, but actually allows them to be accurately replicated and studied.

“We’ve got the stage where we can induce motion sickness deliberately, by tweaking the simulator’s settings,” Morse said. “This can be a useful way to explore human sensitivities while people are engaged in different tasks inside a car. And then the understanding of these sensitivities can wrap back around and inform the design of the real vehicle.”

How to get a job in the driverless car industry