Scientists at Manchester University and East China University of Science and Technology have developed a new method of transforming biomass into liquid hydrocarbon fuel.

The woody material in plants used to produce biomass is made of cellulose, hemicellulose and lignin. Lignin is difficult to break down, meaning the conversion of biomass to liquid fuel usually requires high amounts of energy or the use of heavy chemicals. 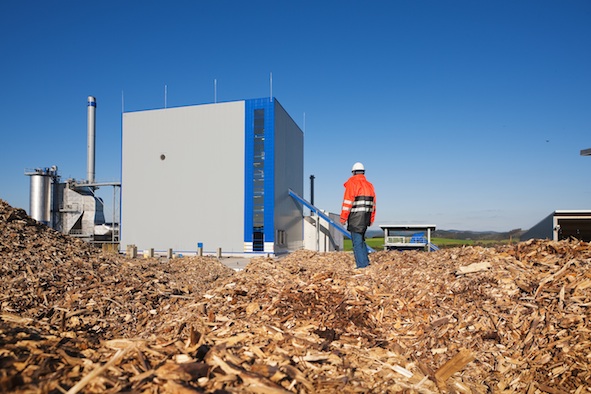 To overcome this problem, the researchers combined biomass (raw wood sawdust) with a catalyst made up of the metal complex niobium phosphate that had small particles of platinum dotted across the surface. The mixture was brewed at 190 degrees Celsius and 50 atmospheres for 20 hours, resulting in the lignin being broken down. According to the scientists, the discovery opens up the possibility of manufacturing liquid fuel from biomass using catalysts. The work is published in Nature Communications.

“This catalyst showed exceptionally high activity in splitting the carbon-oxygen bonds, the most challenging step in the conversion of lignocellulosic biomass. This new catalytic process can therefore directly convert raw biomass to liquid fuels without separations or chemical pre-treatments, leading to significant potential energy savings.”

In order to study the biomass and catalyst at the molecular level, Dr Yang used the Science & Technology Facilities Council’s ISIS Neutron and Muon source, which is often described as a ‘super-microscope’. Using an instrument called TOSCA (an indirect geometry spectrometer optimised for the study of molecular vibrations in the solid state), Dr Yang and ISIS scientist Dr Stewart Parker used neutrons to see how a model of lignocellulose interacted with the surface of the catalyst to produce useful fuel.